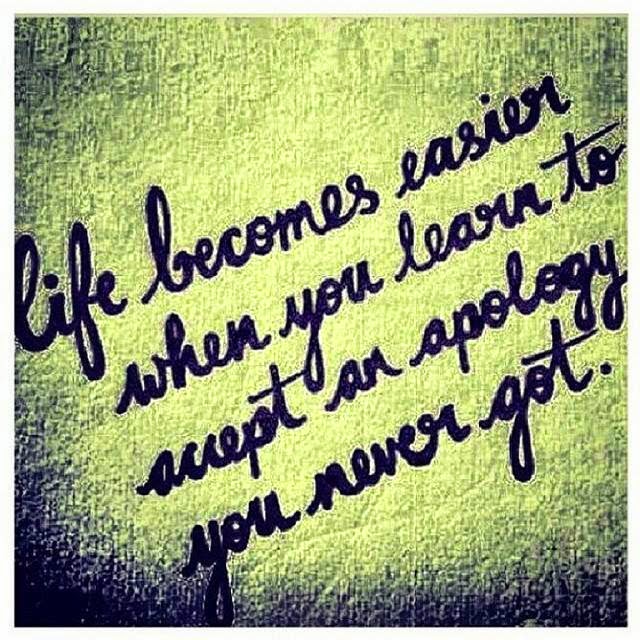 I was never a forgiving person. In fact, I was one of those who never forget when someone made an infraction against me. I would remember it, file it away, then use it against the person in a time I feel that it would cause the most number of damage.

You see, I was one of those persons who always needs a verbal sorry. You can make it up to me in so many ways but if you do not say sorry, I just can't forgive you. Even then, I'd still want vengeance.

To say I was vindictive and vengeful would be an understatement.

However, when one ages and hopefully matures, you learn that holding on to anger damages you more than it damages anyone else, least of all the person whom you are mad at. I realized that I don't need to hear a sorry to forgive them. Heck, I don't even need them to say sorry just so I can forgive them.

I know that it won't be as easy as that but I think that its a first step. I just hope that I will be able to instill in him the value of forgiving someone even when that person has never asked for forgiveness.
My Thoughts & My Life