My family and I went on a staycation at Bellevue Hotel. My Mom had a complimentary stay because our sister celebrated her 18th birthday there and due to the weak water supply coming from Maynilad, my Mom decided to stay at Bellevue instead of getting upset with the water supply. 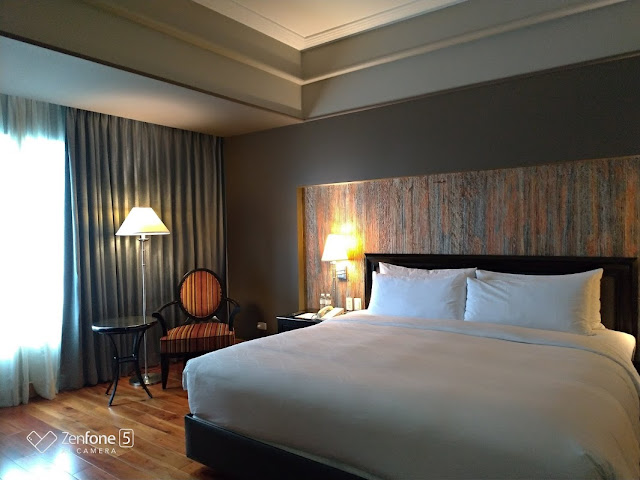 The old wing also has a living room but it's smaller compared to the new wing. It is cozier though. 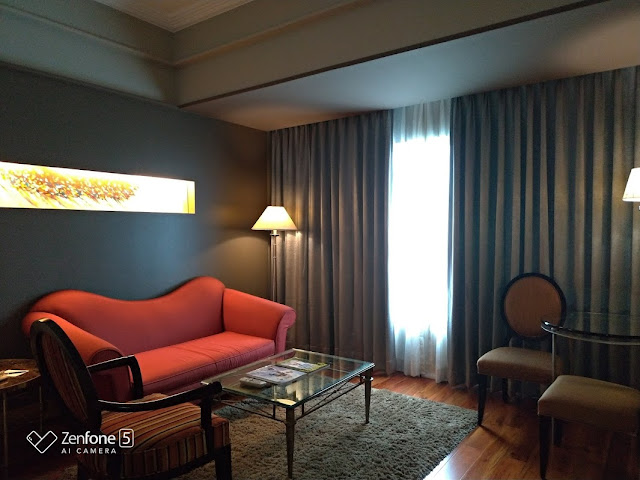 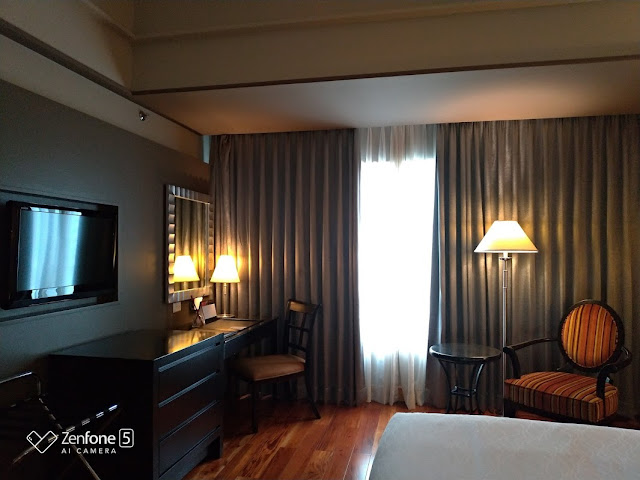 What I did not like was how dim the room was. I know that it's supposed to be a vacation but there are people who need bright lights. I wish they placed in an option to brighten the lights as well as dim it. It would have made a whole lot of difference. 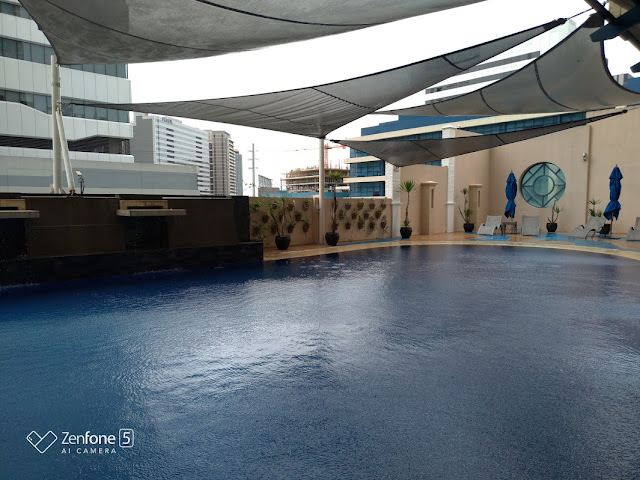 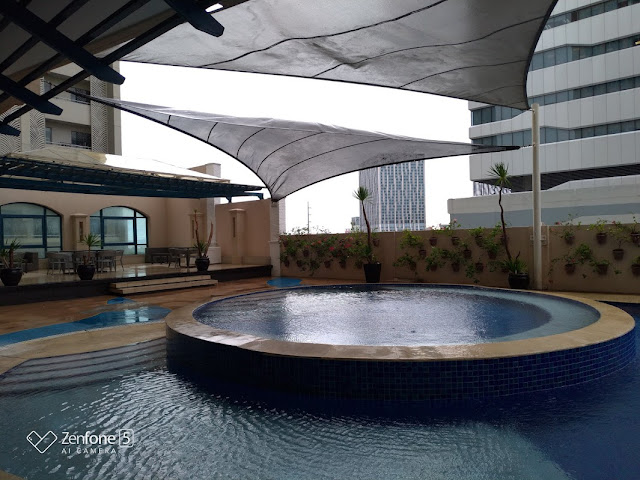 We were going to go swimming but since it was rainy due to a typhoon, only the kids braved it and took a swim. As for me, since I really dislike cold water, I did not. Instead, we first had coffee and pastries at the Signature Club which is part of their executive lounge. 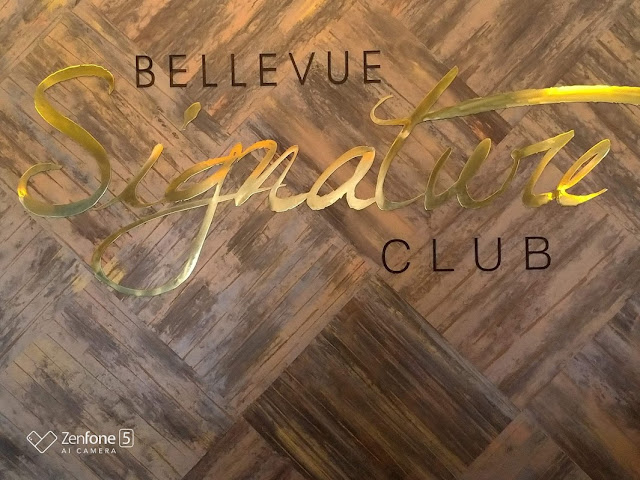 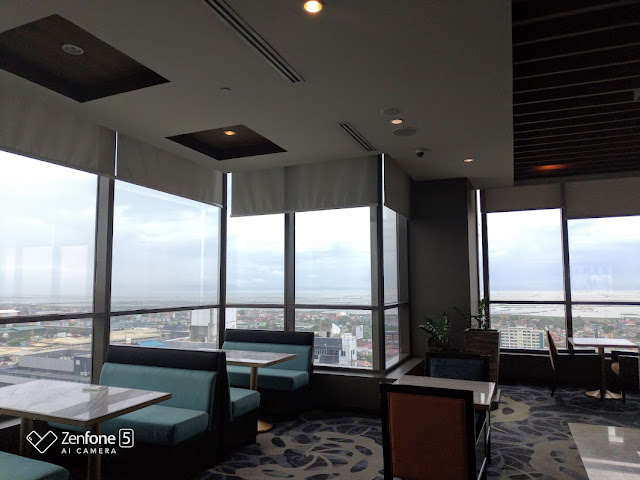 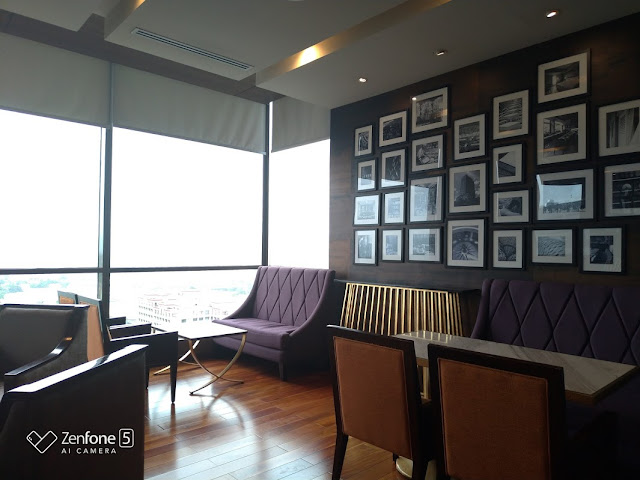 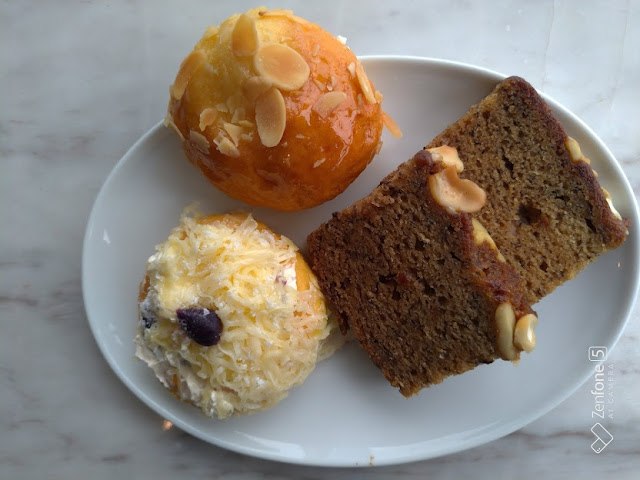 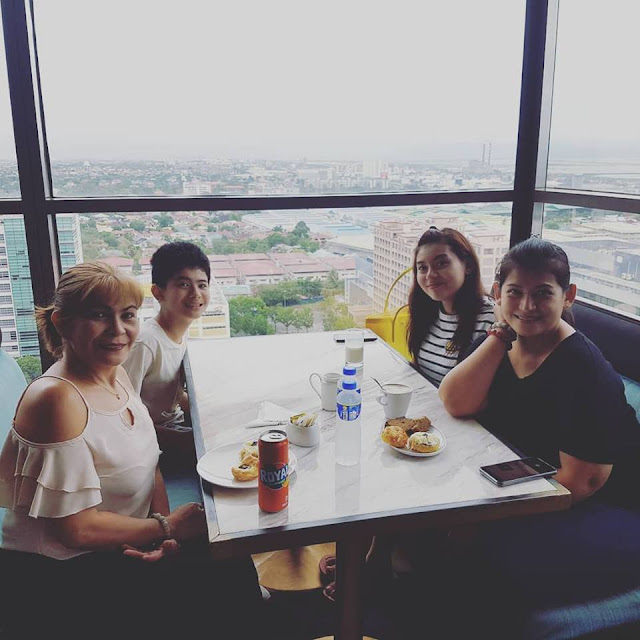 Afterwards, it was time for the spa treatment. My sister chose to go swimming so I can have the spa since they know how stressed I have been lately. It was a really nice gesture on her part. 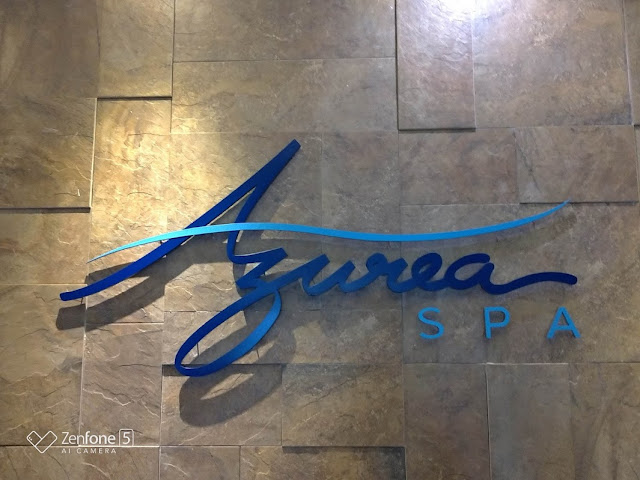 I love that the spa had a spacious lobby. The attendants were also very attentive and I loved that they did not rush us during the preparation for the massage. 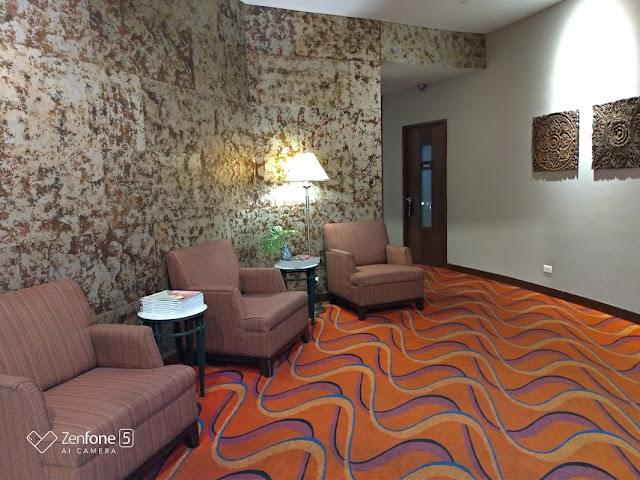 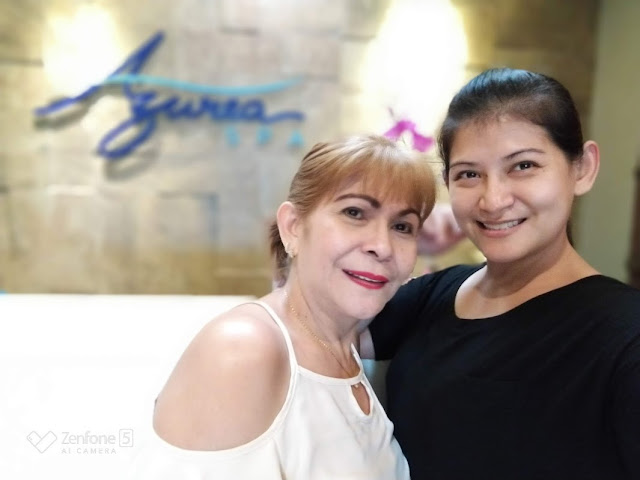 I loved how the massage room looked. This is one of the best looking massage room next to Dusit's massage place. 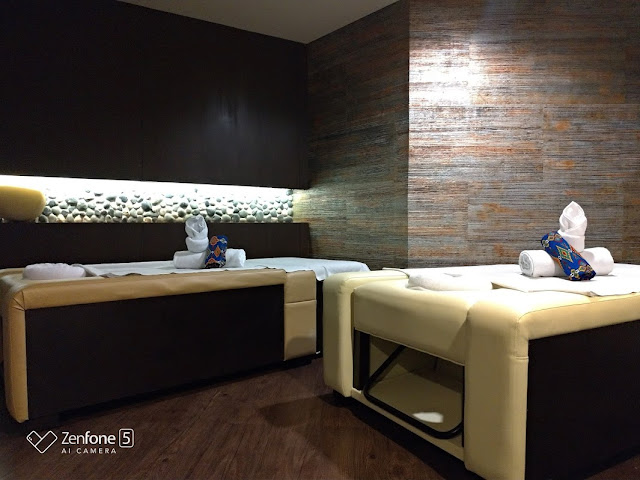 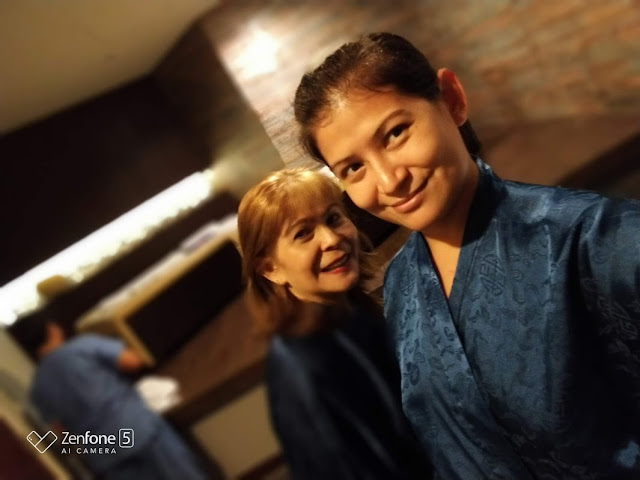 The place is also very spacious that eventhough there were two of us, it wasn't cramped. It also had a shower room and even a bathtub and a bathroom. 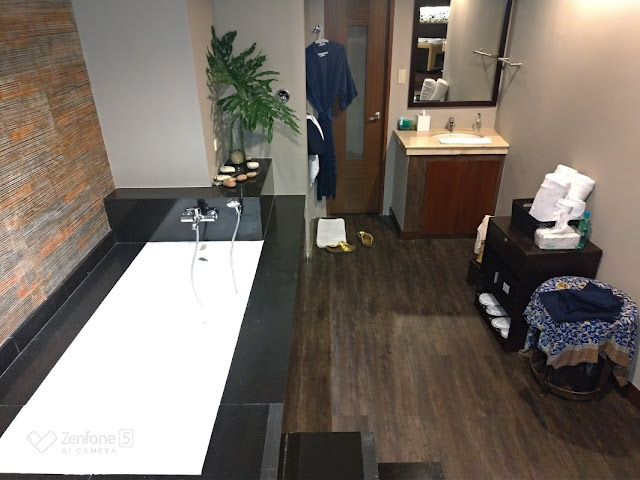 They dimmed the lights and our massage started. After over an hour,this was me. See how chill and relaxed I looked? 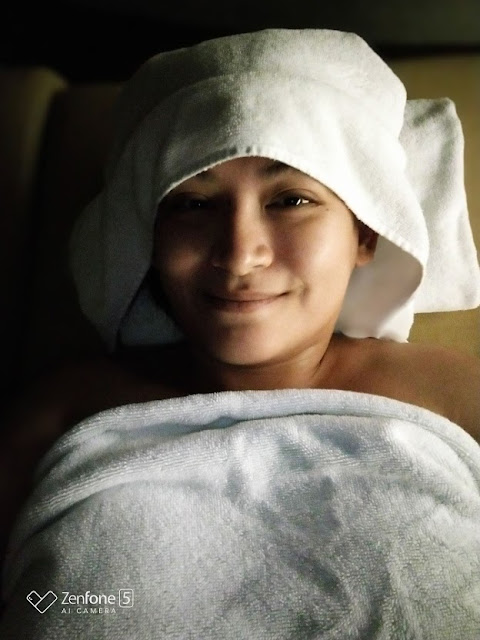 They also served tea and provided wet towels to wipe off excess oils. I hated the tea though because it was not tea, it was ginger juice. Eeewwww. 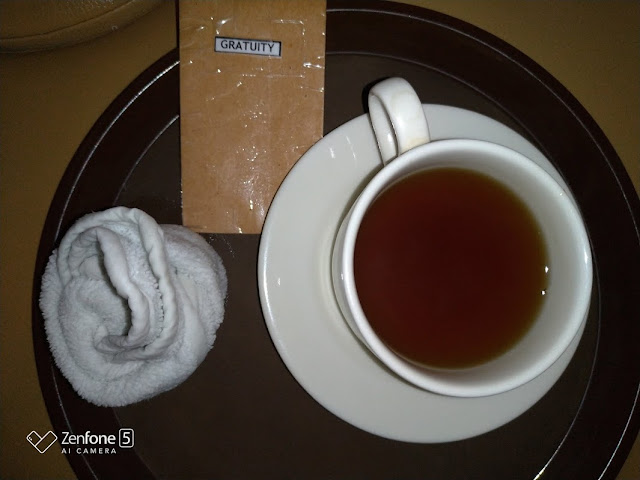 Overall, the first stay of our stay at Bellevue was pretty great. I was relaxed and I had fun with my family. This is how staycations should be.