on October 29, 2012
FM and I attended Limbo last Friday where on the way to the event, I started freaking out. You see, Limbo is a House of Horror and I hate those things. Well, I don't really hate them but I also don't love them. 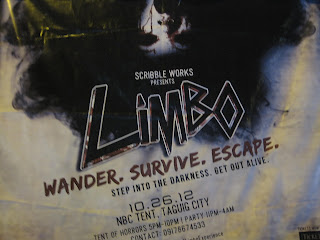 See, I scare easily. Really easy. I also love scaring myself though and then regret it afterwards. Crazy huh?

Anyway, FM and I got there and we were Batch 4. While waiting, I kept wondering about what I could expect and the like. I was worried, tensed, and scared all at the same time. I was also excited coz I knew I was safe with FM. 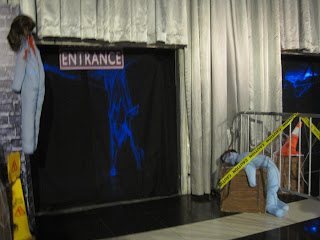 This was the entrance to Limbo. It was so freaky because you could not hear anything behind the curtain. When the marshall called us, first thing he told us was that we would run. Next, we would be touched by the zombies, and lastly, we were going to be splattered with blood. 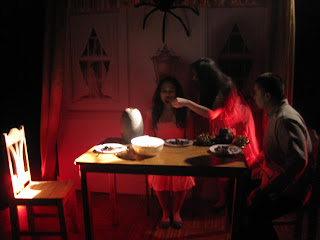 The first 5 photos in this series are from screen caps I took from YT. The last is mine. It was the only photo I was able to get while inside the house of horror. I was too busy screaming and running the rest of the 15 minutes to take any decent photo.

Amongst the many rooms we were in, the scariest or freakiest for me would be the crazy, creepy clown and the asylum. The two rooms were just so creepy and insane. If I was left there on my own, I'd probably go nuts.

FM on the other hand was all calm and poised. He said he was too busy minding me and minding the fact that I might have torn apart his shirt. To make up for it, I took these shots of him. 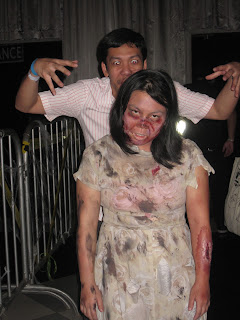 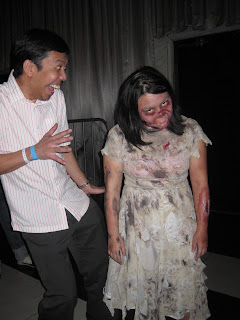 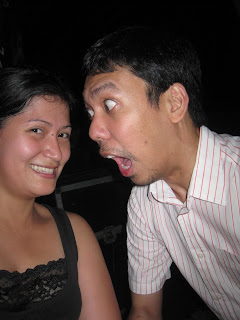 Overall, it was truly an experience. I loved that I went there, screamed my lungs off, and I had fun with FM. 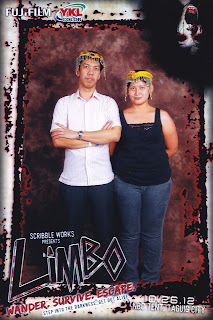