Last weekend, after watching the Michael Mass presentation of R at her school, FM, R, V and I headed down from the mountains to grab a bite. Luckily, R wanted Japanese and so I immediately recommended Haru which was a newly opened restaurant near their place. 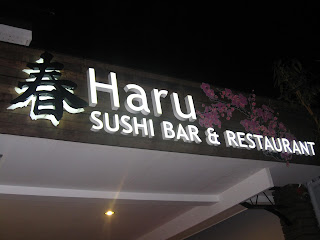 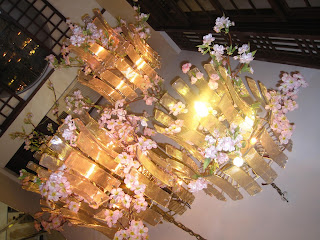 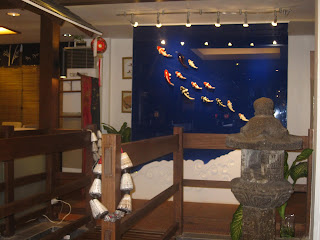 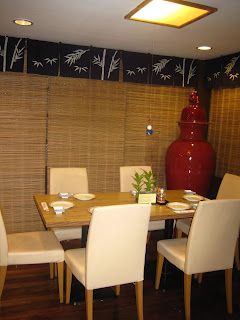 I loved the interior of the place. It was very kitchy and interesting. Even their bathroom doors have cute covers on it. 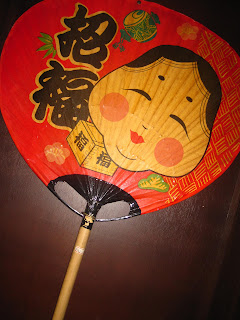 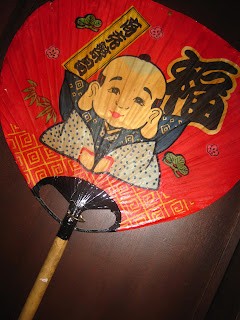 I really loved the kitchiness of the place. It was quirky and cute. It gave off a good vibe. After getting done with the photo session, we finally ordered. V, R, and I all ordered fruit shakes. FM had water if I remember it correctly. I had the buko lychee which I did not like that much. It tasted weird. 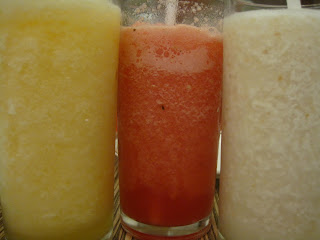 V ordered the Sake Sashimi which was Php247. It was fresh and  tasty just the way a sashimi should be. 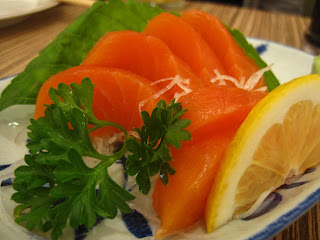 FM ordered the Seafood Ramen which cost Php179 for a mini and Php269 for the regular one. FM was pretty disappointed because the regular was good for one only. However, the taste was pretty good. 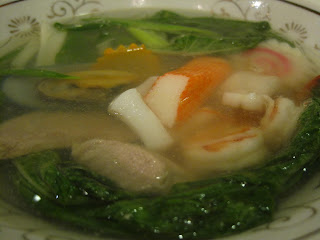 R ordered the crazy roll which was a sushi roll with kani, ripe mango, cucumber with haikara flakes and topped with mayo tossed kani. It cost Php178 and it was oh so worth it. It was really, really good. 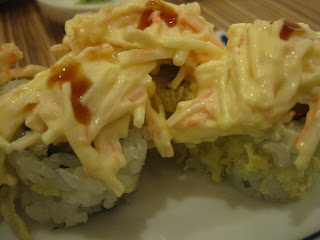 The gyudon (Php260) I ordered on the other hand was a disappointment. I don't know if it was because we got there pretty late but I felt that it was cooked without care. They just tossed in the thinly sliced US beef and white onions. There was too much donburi sauce and it was just blah. 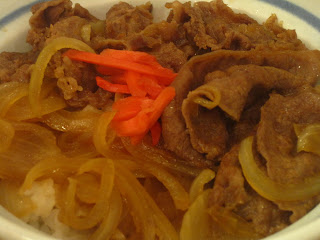 Thankfully, though it was very late, the Okonomiyaki (Php190) pretty much saved the day for me. It is a Japanese pancake made of vegetables, pork, and shrimps topped with a tangy sauce and bonito flakes. Funny thing about bonito flakes is that it moves which freaked out FM, V, and R. LOL. 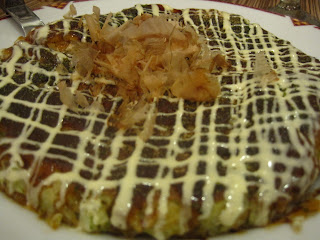 Overall it was a pretty okay dinner. I don't think we'd be coming back to this place though.
on October 16, 2012
Email ThisBlogThis!Share to TwitterShare to FacebookShare to Pinterest
Labels: Food and Drinks