on October 08, 2012
I was lucky enough to have FM treat me to watching NINE eventhough he wasn't going to be with me. Yep, that's how lucky I am. He got me tickets and I trooped to RCBC last Friday night to watch one of the musicals I've been dying to see since FM made me watch the movie. 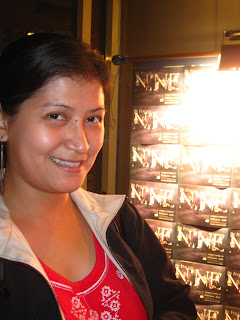 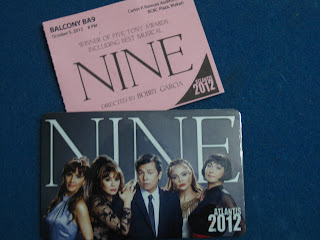 I loved the first half of it and though there were some actresses that I think should not have been casted, they were able to deliver though sometimes I felt it was lacking. Cherie Gil brought the house down with her solo act and the vixens (the mistress and the woman on the beach) were also very well played. I loved how strong their characters were that you'd immediately understand why they made such an impact on Guiddo's life.

The second half of the play was not as good as the first half. To be honest, there were moments I dozed off. For me, the brilliance of the first half wasn't met by the 2nd half. Still, NINE had great moments that I will forever remember and I'm still very happy that I got to watch it even on my own.

Thank you FM for this opportunity. :)