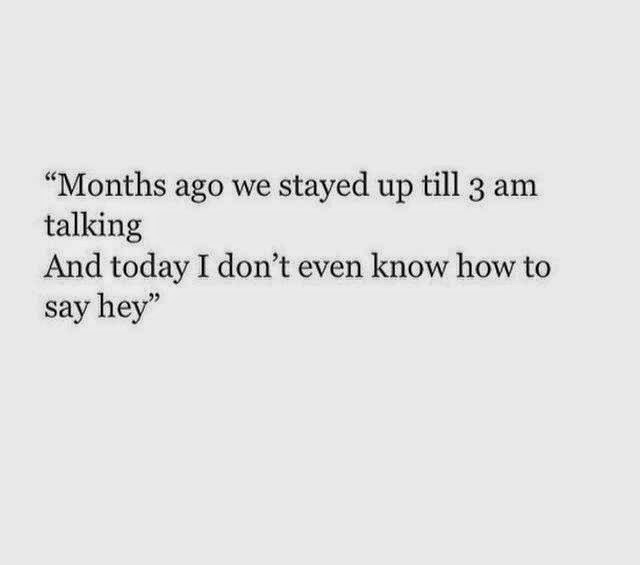 In 2010, I met someone who I just connected with. He and I would talk for hours and hours. One time we actually talked for 14 hours straight on the phone. We started talking at 7pm and ended at 9am the next day. We never ran out of things to talk about.

I discovered a lot of things from him. He was the one who introduced me to Dexter and movies like Eternal Sunshine of the Spotless Mind and Heart and Soul. These movies I consider gem and I'm glad I discovered them through him.

This went on for quite some time. He would randomly message me and send me songs, books, or movies to watch. We would talk and he would play his guitar and sing to me. Sometimes, we would just be on the phone with each other and not talk but stay on the phone. It was comforting.

One day, it was all gone. The calls weren't there anymore. The talks stopped. I couldn't even think of a word to say to him. It was just over. It was done. Just. Like. That.

When hour long talks turn into silence, you know that your story with this person has ended and its time to move on. It would hurt but when there are no more words to be written or said, its just a blank page or a book you finished reading and needs to be placed back on the shelf.

You relish the memory, take lessons learned, and you leave it all behind. Yes, once everything has been said and done, you leave everything behind.
on October 21, 2014
Email ThisBlogThis!Share to TwitterShare to FacebookShare to Pinterest
Labels: Relationships