Crystal Jade Dining in and its Chef Recommendations 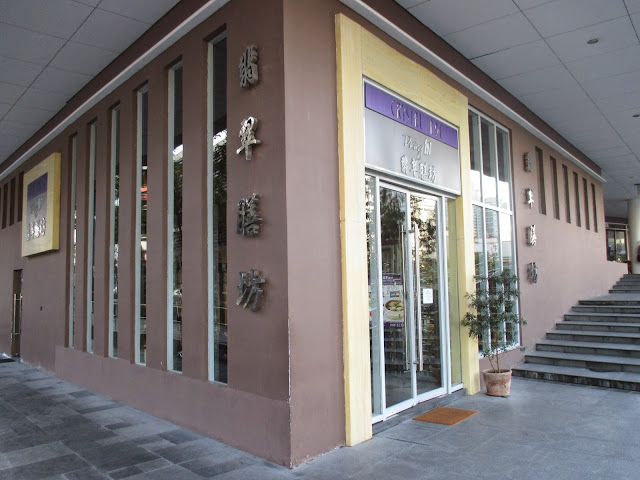 Crystal Jade has been on my list of places to eat at for the longest time. Since they were located in Greenhills and I live in Las Pinas, I knew that it would be a struggle to actually try the place. Thankfully, they opened another branch in BGC but because I have been crazy busy, it took time.

Okay, it took Sumi of Purple Doll to invite me for me to be able to drop by the place and have a taste of what I have been told of as one of the best Chinese restaurants in the city. I had high expectations and thankfully, they lived up to their reputation. 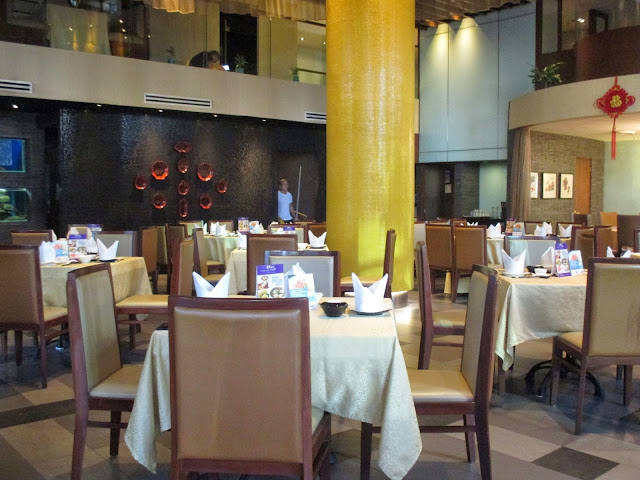 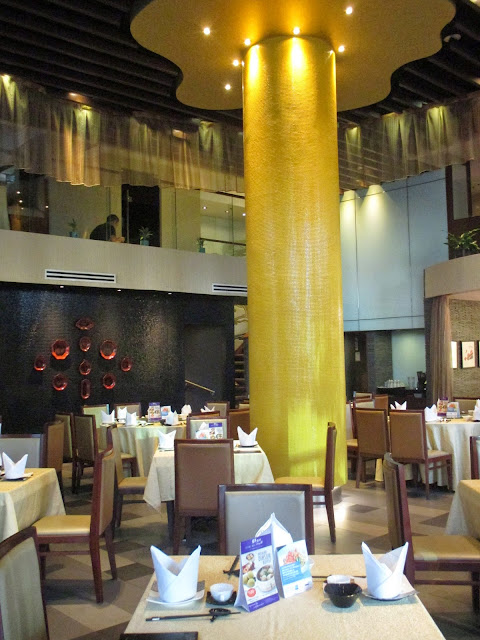 I liked the interior of the place. It has high ceilings and is very familiar. You see, I grew up eating at Chinese restaurants and there is a sense of comfort and home when I stepped inside Crystal Jade. I get a bit frazzled when a Chinese restaurant does not look anything like the typical Chinese restaurant.

They had a ready set menu for us since they are actually launching a Chef's Recommendation package for the month of November 2014 and we were lucky enough to be able to try the best of the 3 packages that they had to offer. 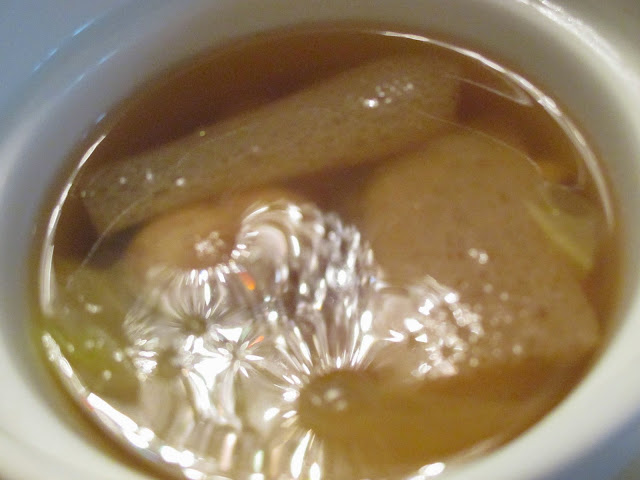 The double boiled cabbage soup with bamboo pith and fresh mushroom was very refreshing. It was the clear kind of soup that opens up your appetite. It's a great way to start a meal since its hot enough to whet the appetite but not thick enough to fill you in to the point of being full even before having a full meal. 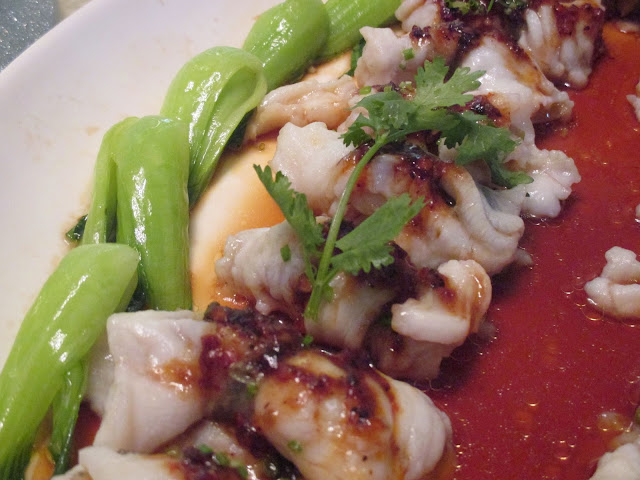 The Steamed Live Garoupa Roll with Chinese Sausage in 2 kinds of sauce was salty but not too salty that you'd want to chuck it out. It was fresh lapu lapu which I am very particular about. I don't like fish that have been dead too long before it was cooked. The fish was very filling. I had 3 slices of it and I could already feel it lodged on my stomach. 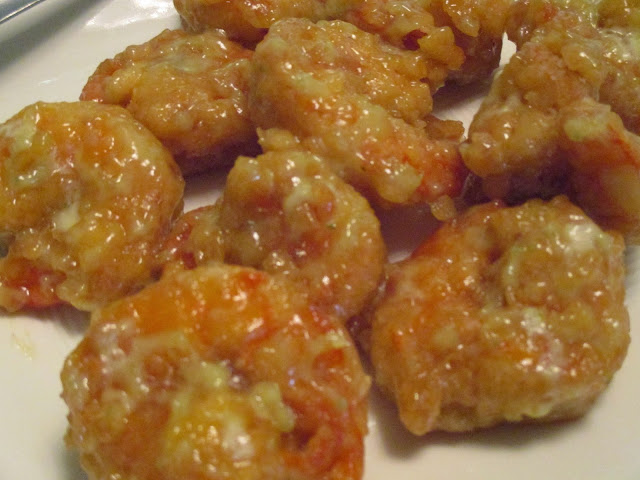 The Sauteed Prawn with Wasabi Salad Sauce was my favorite though. The prawns were really fat and I like the fact that the wasabi was not really visible but that as soon as I've chewed the shrimp a couple of times, a hint of it was visible and not overpowering at all. 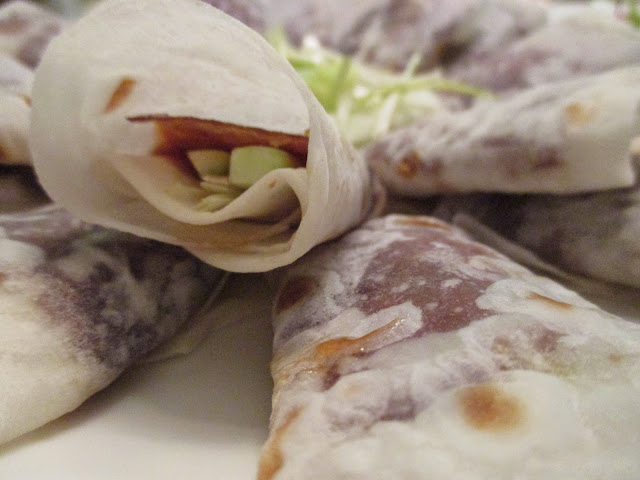 This sauteed shredded duck meat with beansprouts reminds me of a fresh lumpia that's really good. It was fresh and it was really a mouthful even when it was so little. Technically, it is not the healthiest thing on Earth but it is good enough for a maximum of 3 pieces.

The other way to  skin a duck was to also cooked it another way which is the stir friend version. I personally prefer this one over the one where it looks like a wrap. 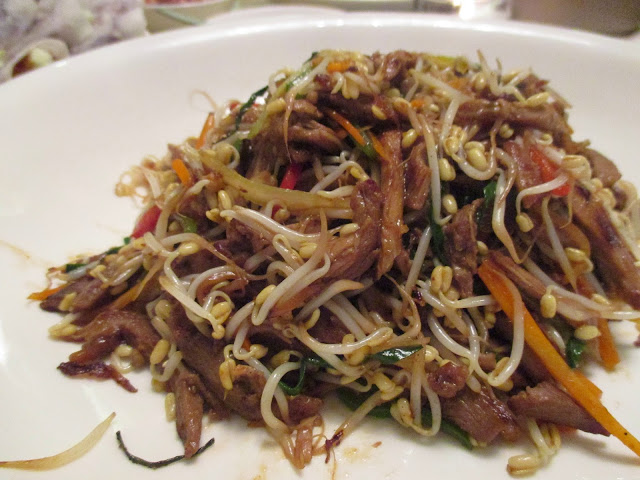 The red wine jello I discovered is the best way for me to enjoy red wine. I don't like drinking it but I did like it when it was in jello form. 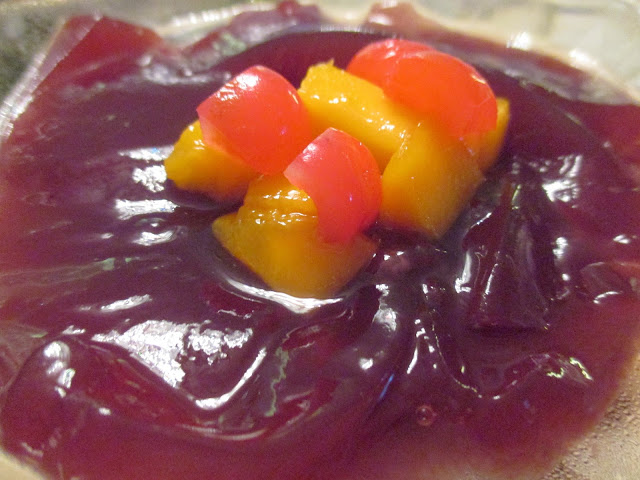 Overall, the only downfall in this review was the fact that my stomach seems to have downsized and couldn't accommodate more than the ones that I had of the food. I wish I could have more and now I know where I will be bringing my Mom for her birthday in December.