a night to remember at Barbara's Restaurant

Soft breezy winds, overcast skies, flutter of a fan, and the swish of the saya as it passes by tells me that I have traveled back in time. Flickering candles, intricate needlework, and framed mirrors and photos tell stories of people who lived in the past. The walls whisper their stories, the food tells of their legacy. 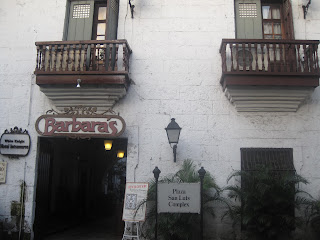 Barbara's is one of Intramuros well kept secret. In fact, it was only through word of mouth that I heard of this place. It was a very soft whisper. If you ask people about it, they would tell you its a wedding reception place but no one would think to dine here on their own, with a family, or on a date.

It's time to change that. Barbara's is actually a family owned restaurant that aims to allow people to attend a salo salo straight out of Noli Me Tangere while showcasing cultural dances that promises to elicit a gasp and thunderous applause. The cultural show is such a crowd pleaser that you'd have to have extremely poor taste or lacking the cultural bone in your body to not appreciate it. 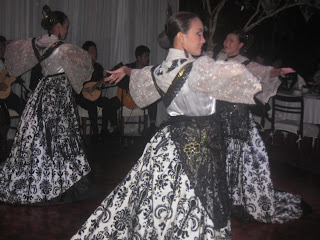 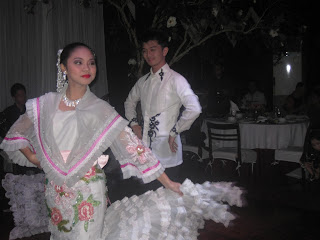 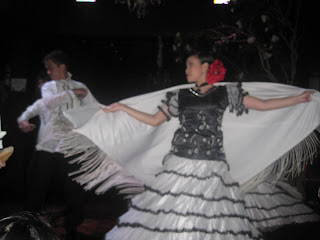 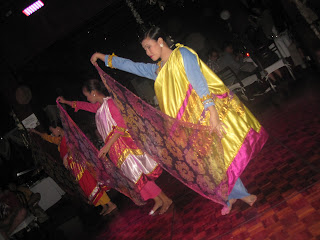 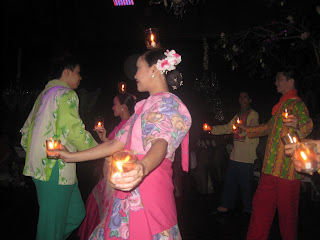 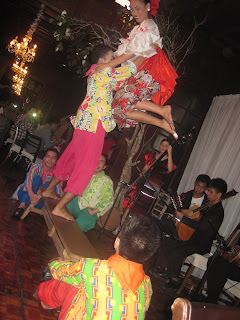 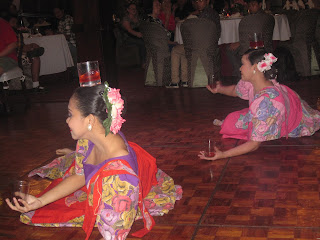 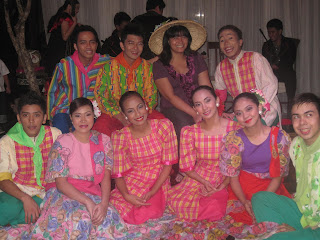 The cultural show was the main highlight of the entire dinner but lets not forget the food. Some of the viands that stood out for me were the following:

These are the food that I would eat again and again at Barbara's. It was delicious and not overpowering. The chicken was soft and chewy, the lumpia was bursting with flavors, and the desserts were to die for. While the show was a feast for the eyes, the food was a feast for the palette.

And the thing that I love most about the place was that it was a picture waiting to tell a thousand stories. Here are my photos that have stories waiting to be told. 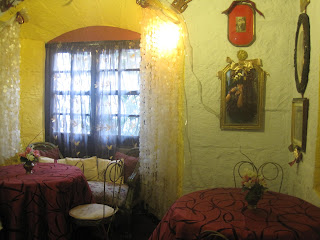 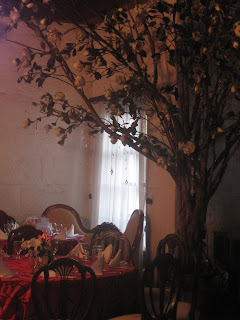 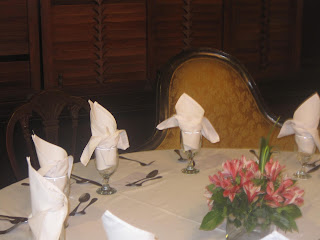 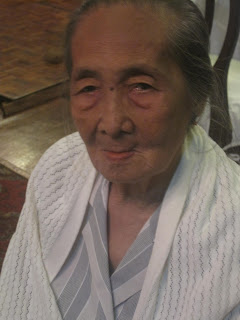 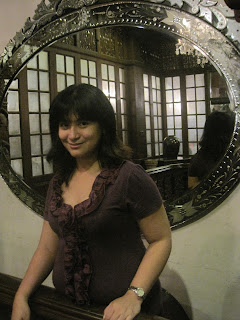 Come, visit me. I will be waiting at Barbara's Restaurant in Intramuros.

This is a Food Write-up entry to the Intramuros Bloggers Challenge 2012 organized by IntramurosManila.Asia.