Since Singapore is still a long way off, this signage immediately grabbed my attention when I saw it. 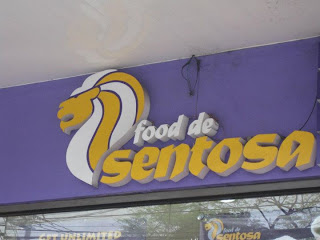 It doesn't look much and I even mistook it for a fast food place but upon entering, my jaw dropped. It was actually a restaurant and the place was pristine.

My Uncle, sister and I had a hard time ordering because there were so many choices and we wanted to try a lot of things. In the end, we ordered the their specialties and enjoyed the free wi-fi.

My sister pointed out to me that they had milk tea and so of course, this is what I ordered. I forced K to get the rose milk tea so I could also taste it. It was okay. Nothing outstanding but it was fine. 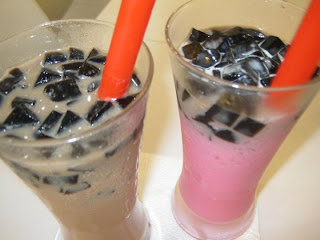 The server told me that their hainanese chicken was their specialty and I had doubts about this. You see, Wee Nam Kee's version failed to impress me. Still, I gave this one a try and boy am I glad that I did.

The version of Food de Sentosa was exquisitely good. It was tasty, not dry and the hainanese part of it (whatever that is) was just really really good. 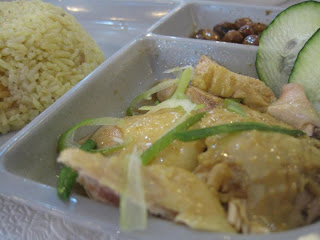 We also got some buns which we dipped in condensed milk. 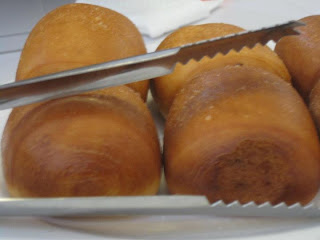 We also ordered their pata tim, mapo tofu, asado and satay and though all were pretty good, these are the ones that stood out of me and this is why I share the photos.

It was a pretty heavy lunch which surprised us because the servings looked pretty average. Again, looks can be deceiving. 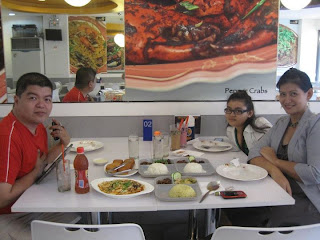 Check out this place along Harrison Plaza in Pasay, besides Chowking.
on February 28, 2012
Email ThisBlogThis!Share to TwitterShare to FacebookShare to Pinterest
Labels: Food and Drinks