A week ago, the 27th Defense & Sporting Arms Show was recently held at Megamall and it was graced by the biggest names in the defense and sportings arms industry, showcasing that it is still one of the biggest shows in the country for gun enthusiasts and the like. 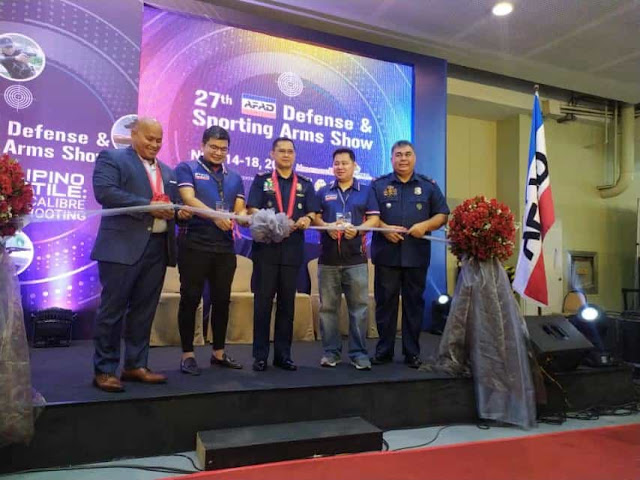 EDUCATION is the start of responsible gun ownership. With this untiring crusade at the forefront of its campaign, the Association of Firearms and Ammunitions Dealers of the Philippines, Inc. (AFAD) holds the second part of its 27th AFAD Defense & Sporting Arms Show on November 14-18 at the Megatrade Hall of the SM Megamall in Mandaluyong City. Taking the cue on the success of the show’s first part last July at the same venue, AFAD President Alaric Topacio said more than the usual Arms Show is in the offing as over 61-member exhibitors have joined to showcase the biggest collection of firearms, ammunition, gears, and paraphernalia.
Aside from the product displays, the AFAD, in collaboration with the Philippine National Police (PNP), has lined up seminars and educational programs on self-defense, responsible gun ownership, firearms safety handling, regulation policy on gun-ownership and other exciting activities.

“AFAD is using the show as a platform to educate people about responsible gun ownership as we join the government’s efforts to fight the proliferation of illegal guns,” said Topacio. “Also, enthusiasts can bring their families, as well, as we have lined up programs and activities for wives and children.”

You can also read another article I wrote about Of Guns and Women. 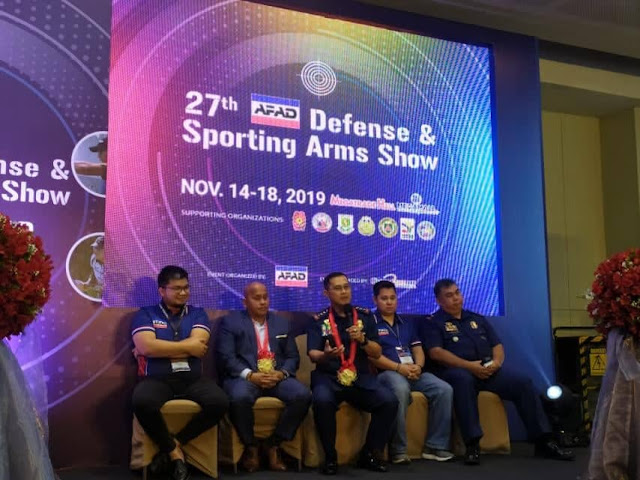 Senators Ronald ‘Bato’ Dela Rosa and PNP OIC Archie Gamboa have confirmed their attendance as guest speakers in the opening ceremony set at 10:00 a.m. Also invited are the officers and representatives of the Philippine National Police (PNP) and other law enforcement agencies. “The PNP together with the AFAD is also providing an LTOPF caravan to help gun-owners process their gun-license application and renewal, so our visitors have the luxury of faster processing for their gun licensing needs, while viewing the best products available,” said Topacio.

Topacio said that the AFAD is steadfast in the promotion of sports shooting and responsible gun ownership for all qualified individuals. “AFAD is not just for supplying the best firearms, ammunition and accessories for recreational, sporting activities and security details. The firearms industry breaks bread with all stakeholders and helps the government in its fight against the illicit trade of firearms and for the promotion of responsible gun ownership,” said Topacio.