Of Guns and Women

on October 14, 2019
When people mention the word gun or firearms, the images that comes to mind is normally something sinister or associated with violence and crime. However, guns or firearms can actually be a friend, a lifestyle, and even a means to live a more peaceful life.

If you want to know how owning firearms can help you become a better person, read on.

You need to go through a rigorous process that only the most determined and patient can pass. Written psychological exams that require you to answer over 400 questions, interviews, and a physical test, are just some of the things you need to pass if you wish to own a gun as a civilian.  This is something that AFAD upholds and believes in.

AFAD is a non-profit organization that promotes responsible gun ownership among civilians. AFAD was founded in 1989 with the aim of representing the interests of the defense and security industry. AFAD also consolidates firearms dealers into an integral forum, and formulates and impose self-regulating policies for the industry. 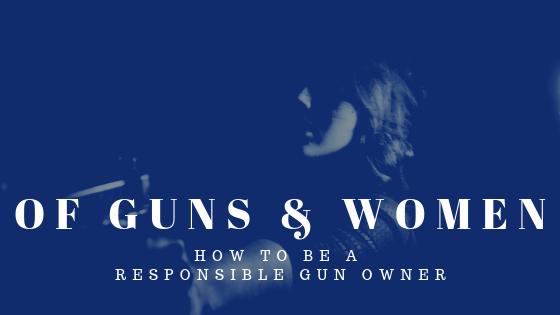 AFAD would like to encourage women to include guns in their lifestyle. This is not just for self-defense but as a way of life because owning a gun entails you to be more disciplined, rational, patient, and you learn to control your emotions and temper.

Owning a gun is not as simple as buying it and taking it home. When you pass the psychological tests, you will be briefed about the laws surrounding guns. You will be informed and it will be reiterated what happens the moment you pull out a gun. The law and all the accompanying sanctions will be drilled into your head until you know what the different punishments are for using firearms unnecessarily. 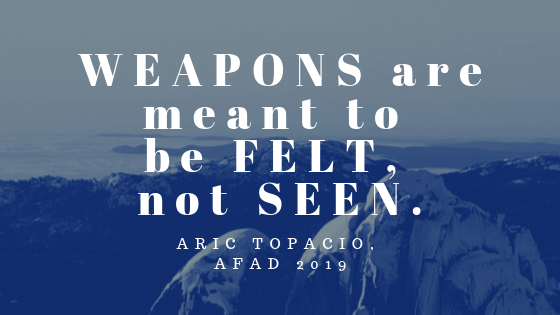 This means that as a responsible gun owner, you can’t just brandish your gun anytime you want or anytime you feel like it. The only time you are supposed to bring your gun out is when you have the intention of using it to protect yourself or the people that you love.

When you become a responsible gun owner, you learn to choose your battles and you never think of the gun as a weapon to use against someone else unless absolutely needed. You learn to take a deep breath, count one to ten, and most important, you learn to walk away when you can because you know the consequences if not. 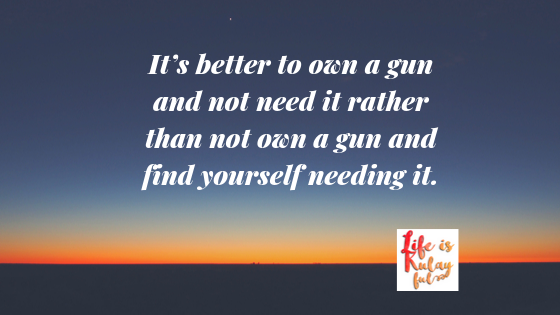 AFAD is all about empowerment. Aric Topacio believes that every person should have the option to own firearms and be able to protect him or herself as well as the people they care about. He also believes that if people are educated about responsible gun ownership, crimes involving guns and firearms would actually go down.

If you are interested in learning more about AFAD and responsible gun ownership, you can go ahead and participate in the upcoming 27th one stop AFAD-Defense & Sporting Arms Show on November 14 - 18 to be held at the Megatrade Hall of SM Megamall in Mandaluyong City.