I took B out on a date earlier this evening. I haven't had much time with him lately because I have been so busy with work and clients so I thought that instead of going to another event, I would just spend it with B. Looking at these photos, I am positive I made the right choice. 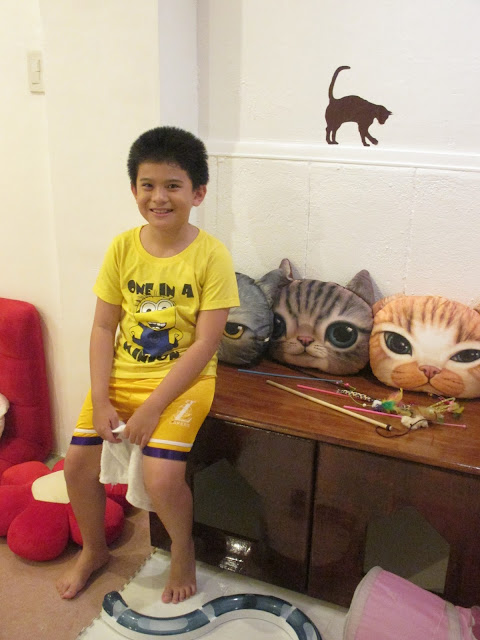 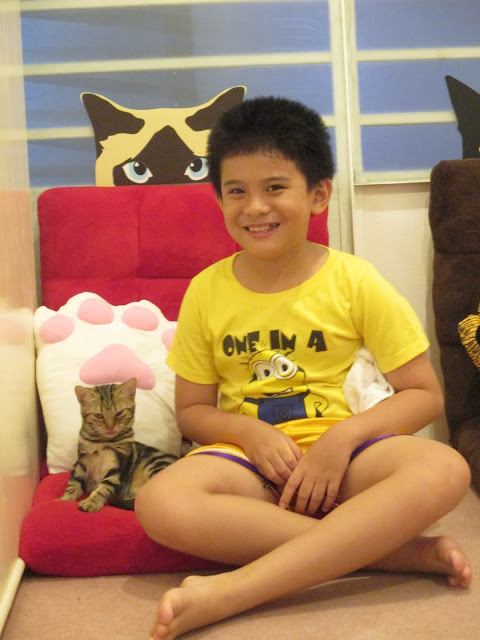 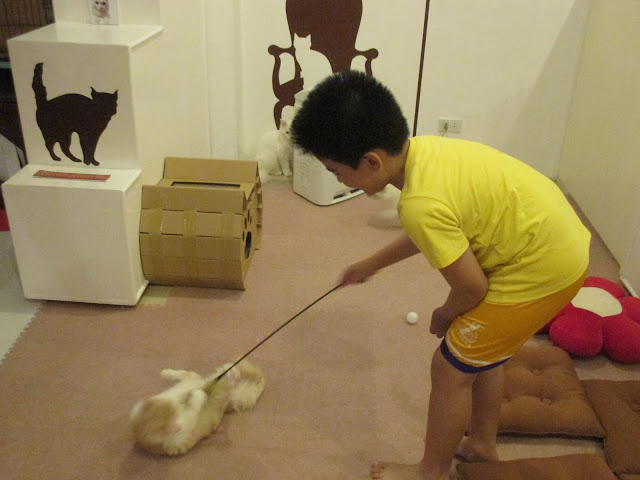 I was so happy when the owner actually commented that B was so well behaved compared to the other kids who have previously visited the coffee shop. It showed as well because the cats actually approached him and played with him. The owners were pretty surprised seeing their cats play with B. They even jokingly called him the kitten whisperer.

As for me, I wanted to try out the coffee shop and so that's where I hanged out. The cafe part can accomodate around 10pax comfortably. Its cozy and you get to see the owners as they prepare your coffee and food. You also get to make small talk with them which for me is important as it allows you a glimpse of what the owners are like. 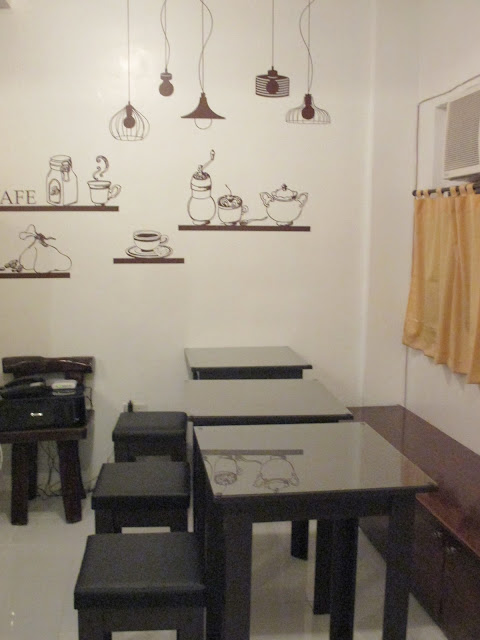 I was told that soon they will be selling cat items from Korea such as these tiny post its that are so cute you'd most likely not wanna sell it. 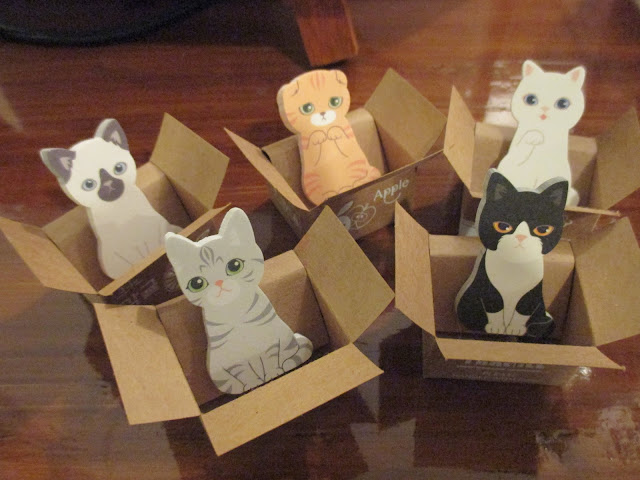 I ordered the grilled ham and cheese and it was served in a cat tray much to my delight. I loved how they use wooden utensils. It just gives it a more homey and cozy vibe. The ham and cheese had a filling in between which serves as a surprise. I won't tell you what it is so that the surprise won't be ruined. I was originally going for Banana and Peanutella but they ran out of bananas already. 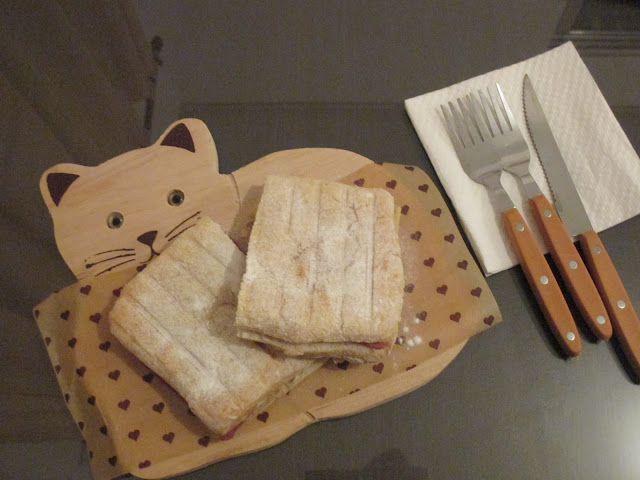 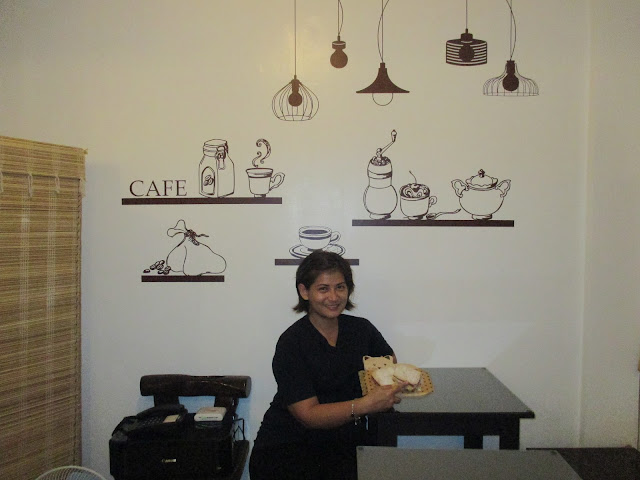 They also had the Ice Cream Waffle which B ate. 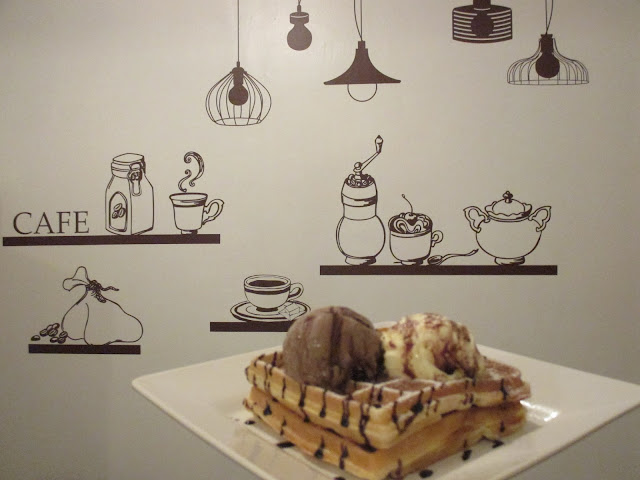 Seeing the smile on my son's face was pure joy. He looked so happy playing with the cats and finally having a date with me. 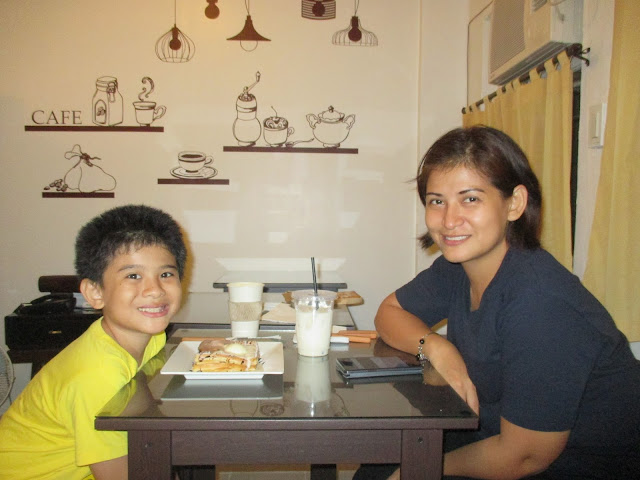 These are the owners of the cafe who for some reason, I wasn't able to ask the name. Shame on me. 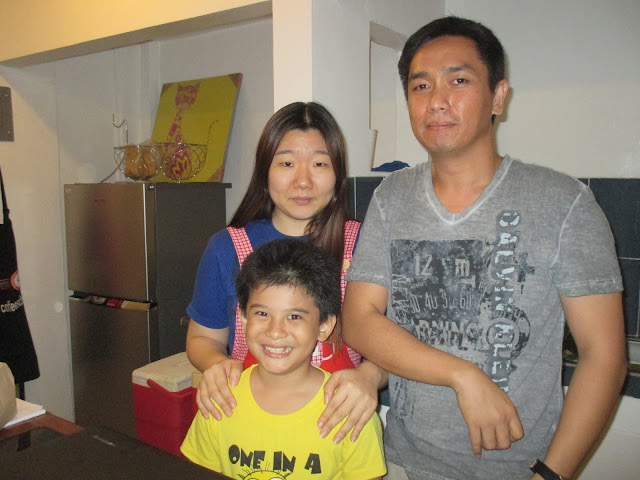 Since its a cat cafe, there are some house rules which I felt was just appropriate and very fair to all, especially the cats. 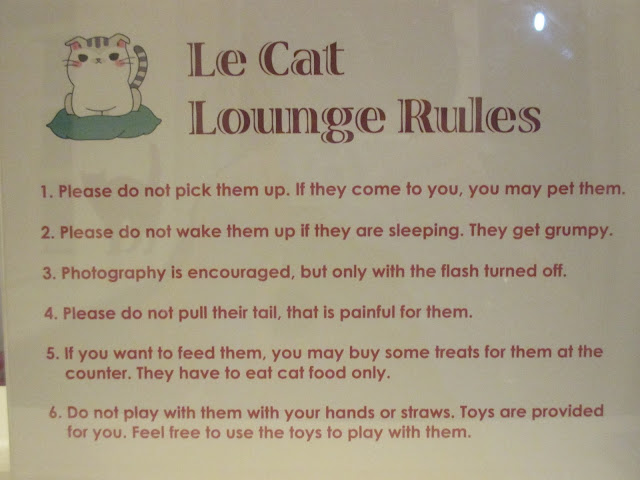 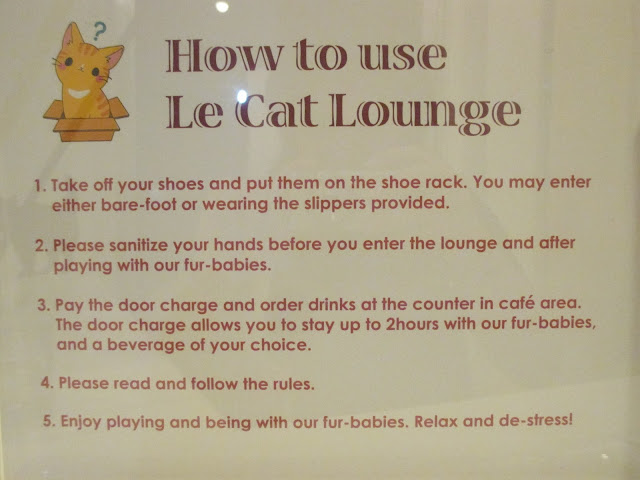 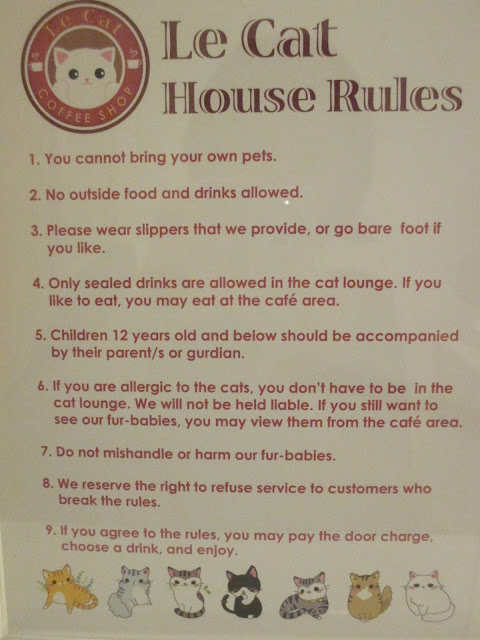