Last night, B and I had the opportunity to watch a rare staging of Ampalaya the Musical at the Cultural Center of the Philippines which was brought to life by Siliman University's CAC (Cultural Affairs Committee.) The story is inspired by Palanca award-winner Augie Rivera Jr.’s short story for children Alamat ng Ampalaya (Tale of the Bitter Gourd). Ampalaya: The Musical is described by the CCP in a statement as a musical that “celebrates Philippine culture through music, dances, games and values.”

“It explores issues like the ugliness of envy and greed and what it does to people, and embracing and nurturing one’s gifts and strengths,” it added.

The musical originated as a short play that debuted in Boston, Massachussetts, in 2000. The full-length version debuted at SU’s Claire Isabel McGill Luce Auditorium on September 19, 2014. Its most recent run was at the same venue last July 3 to 6.

The musical features many of the local thespians and singers of Dumaguete City, Negros Oriental province. Longtime Philippine Educational Theater Association member Dessa Quesada-Palm directs the musical, with the music provided by New York-based guitar virtuoso and conductor Michael Dadap and his co-lyricist Patty Yusah. Other members of the production team are musical director Dr. Elizabeth Susan Vista-Suarez, set designer Lex Marcos, costume designer Carlo Pagunaling, choreographer Angelo Sayson and technical director Barbara Tan-Tiongco.
B was super excited soon as he saw the stage. He kept asking me what time it would start and if the people could already go inside the theater so the show can start already. It was very inspiring to see how his eyes would sparkle when he looked at the theater stage. 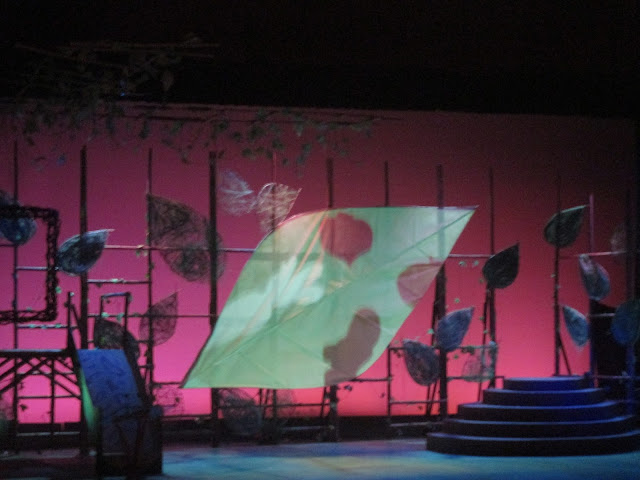 I knew he was paying attention to the show when he pointed out and asked me why potato, carrots, and malunggay were not part of the cast of characters. I think he felt bad for the other veggies who were not included. 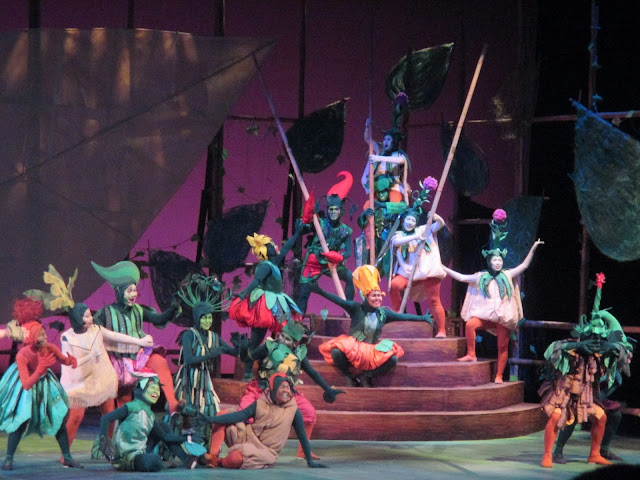 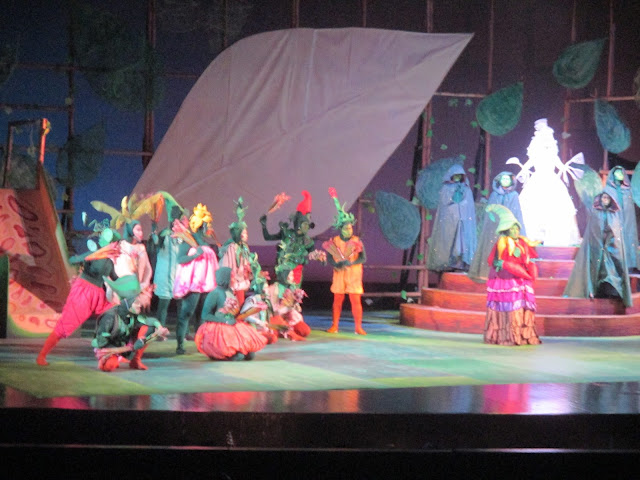 I have to say that costume wise, this is one of the best productions I have ever seen. You can easily identify the characters due to the details given to what they were wearing. 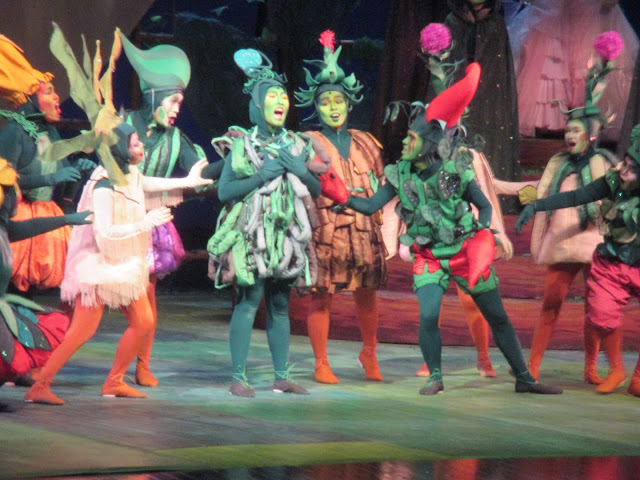 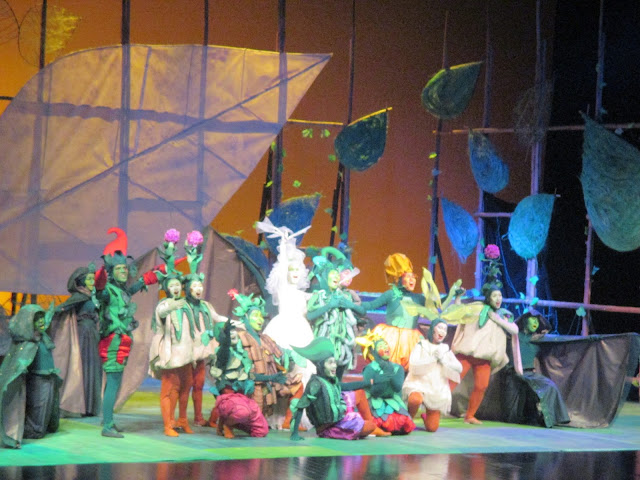 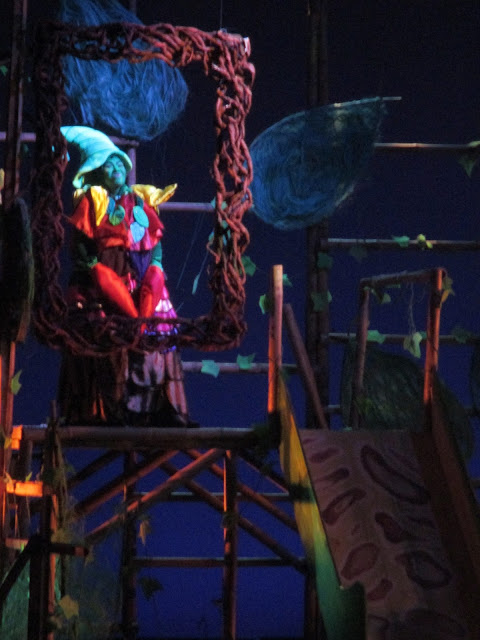 One of the best costumes for the night  were the diwata and the Ubodman sa Saging. She looked stunning. 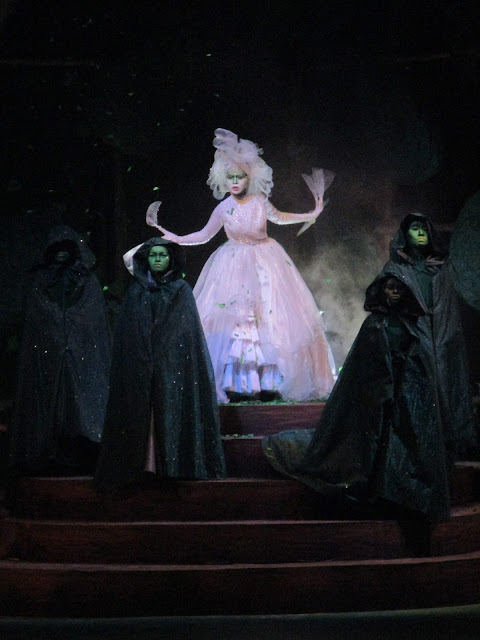 B was enthralled. This is the only word I can use to desribe how he was while watching Ampalaya the Musical. As a Mom, I am glad that there are musicals like this because it imparts a lot of moral lessons to children and it reminds them of the value of eating your veggies. 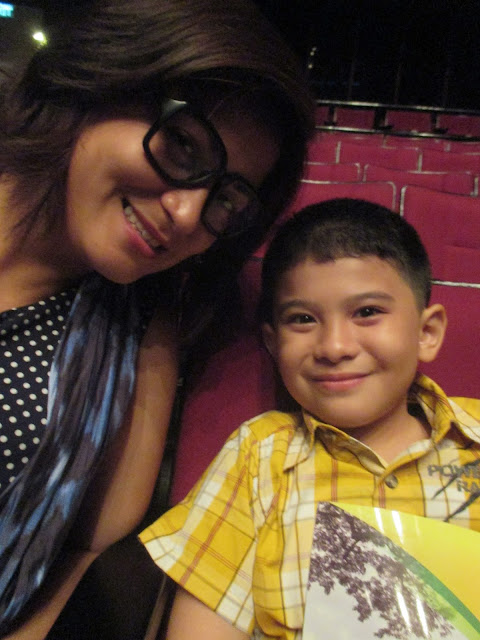 Thank you also to the cast for having their photo taken with my son. :) 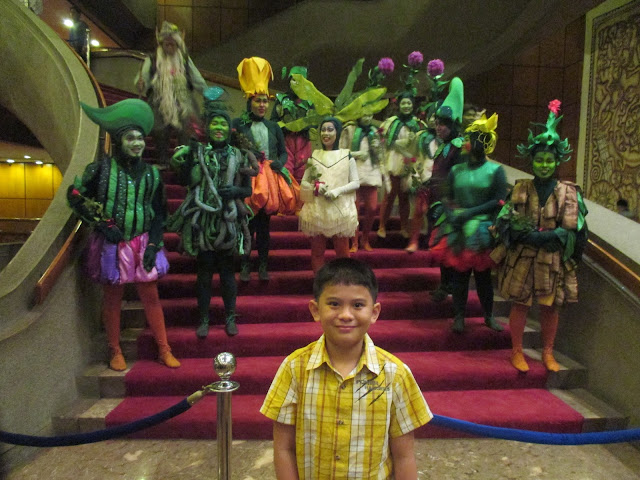 on July 16, 2015
Email ThisBlogThis!Share to TwitterShare to FacebookShare to Pinterest
Labels: Everything Arts