Since I have been on a quest to eat healthy and be more fit, it has become a struggle for me to indulge in ice cream. After all, ice cream is among the top food that makes you fat. This is what made me finally try Pinkberry since it is yoghurt which makes it healthy and fat free. 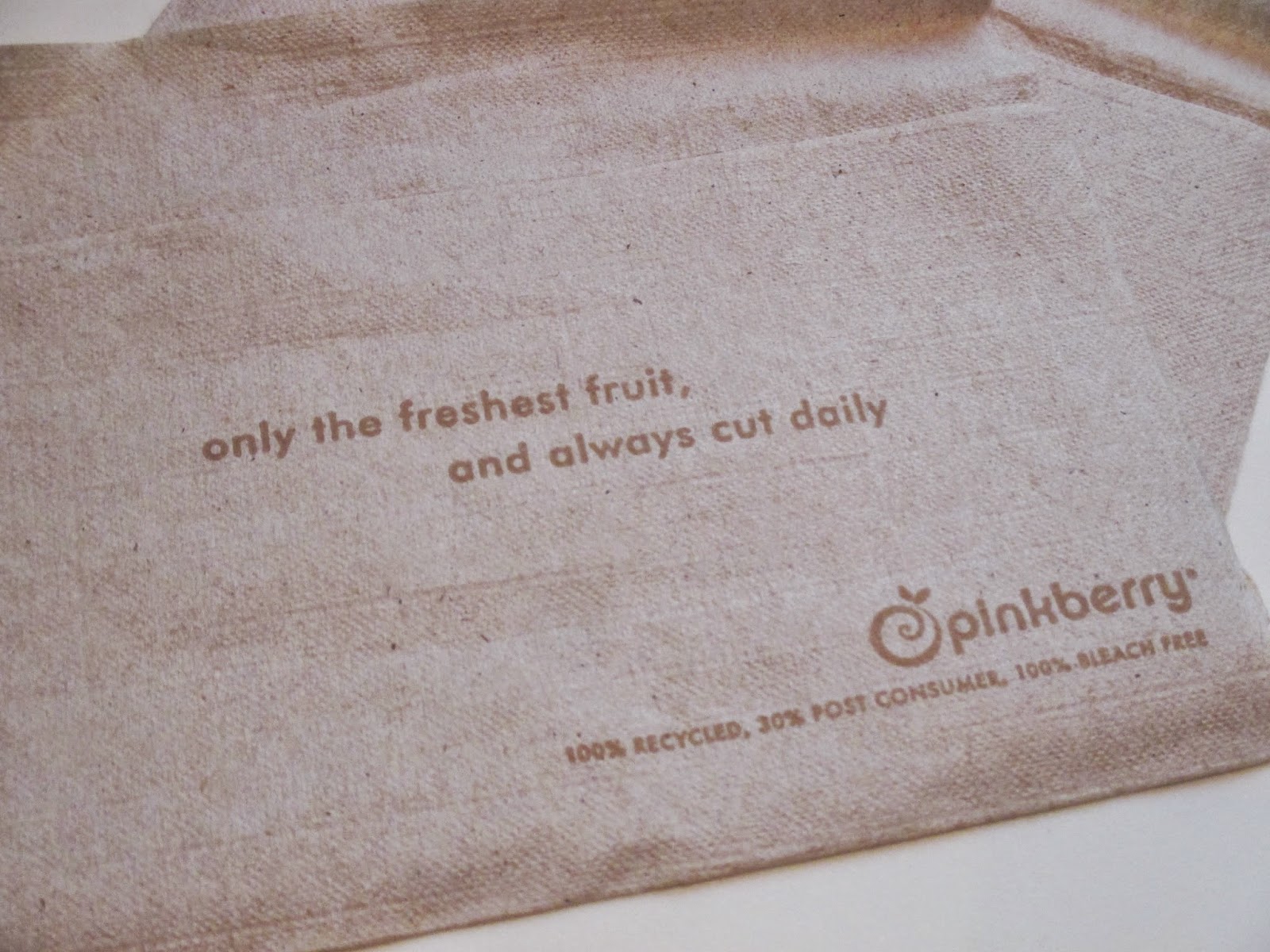 I liked that their fruit is cut fresh daily since I hate frozen fruits. Since it was my first time to try their yoghurt, I asked for a recommendation and they suggested BLOOD ORANGE. At first I was like, "eh? You serious?" However I gave it a try (yes they let you sample it first) and I was convinced. Blood Orange was very refreshing and citrusy. 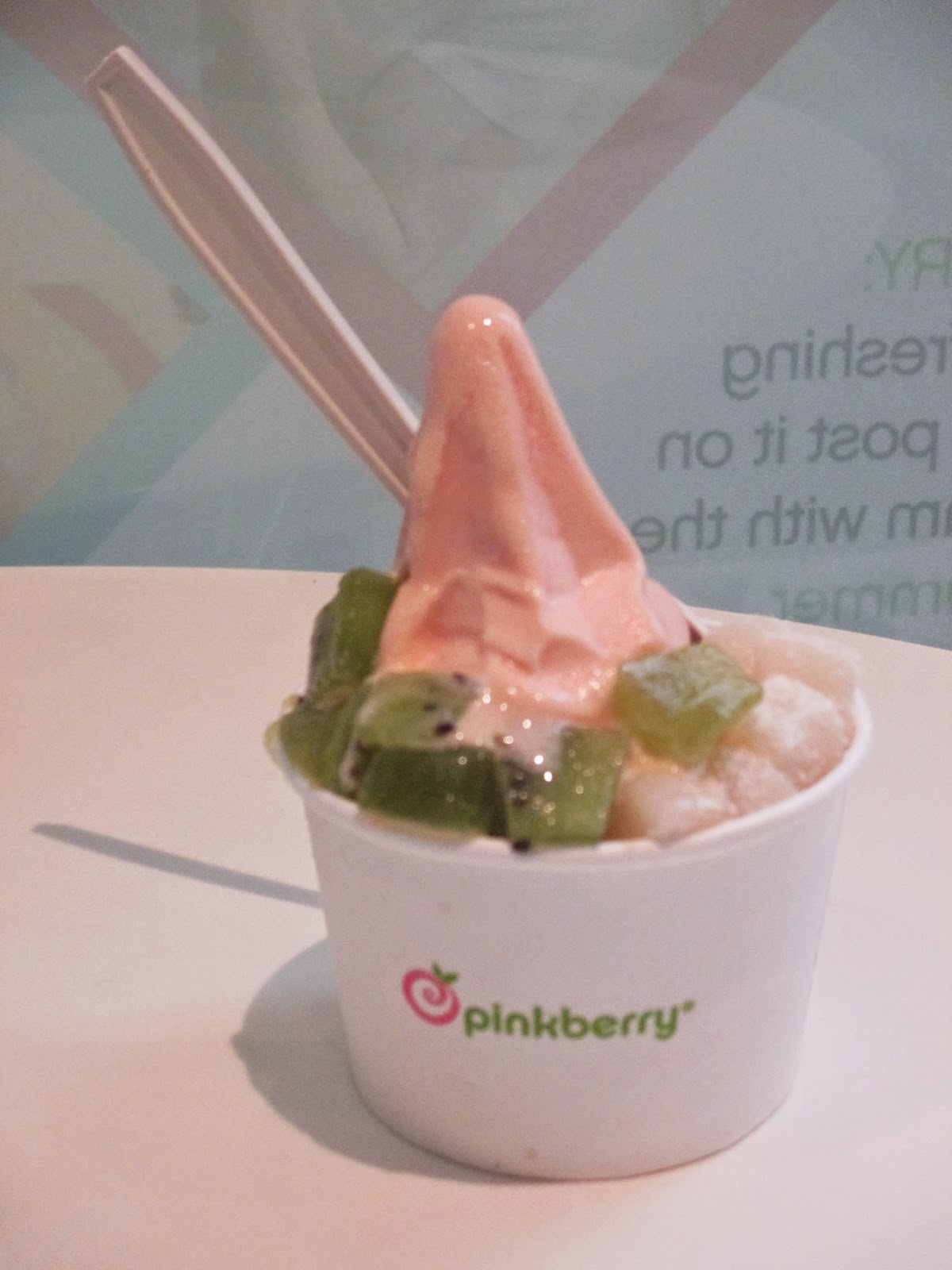 As toppings, I chose the mochi, pecan, and kiwi fruit. I should have opted for mango but kiwi was healthier. However, the taste was a little off but I took it all in. 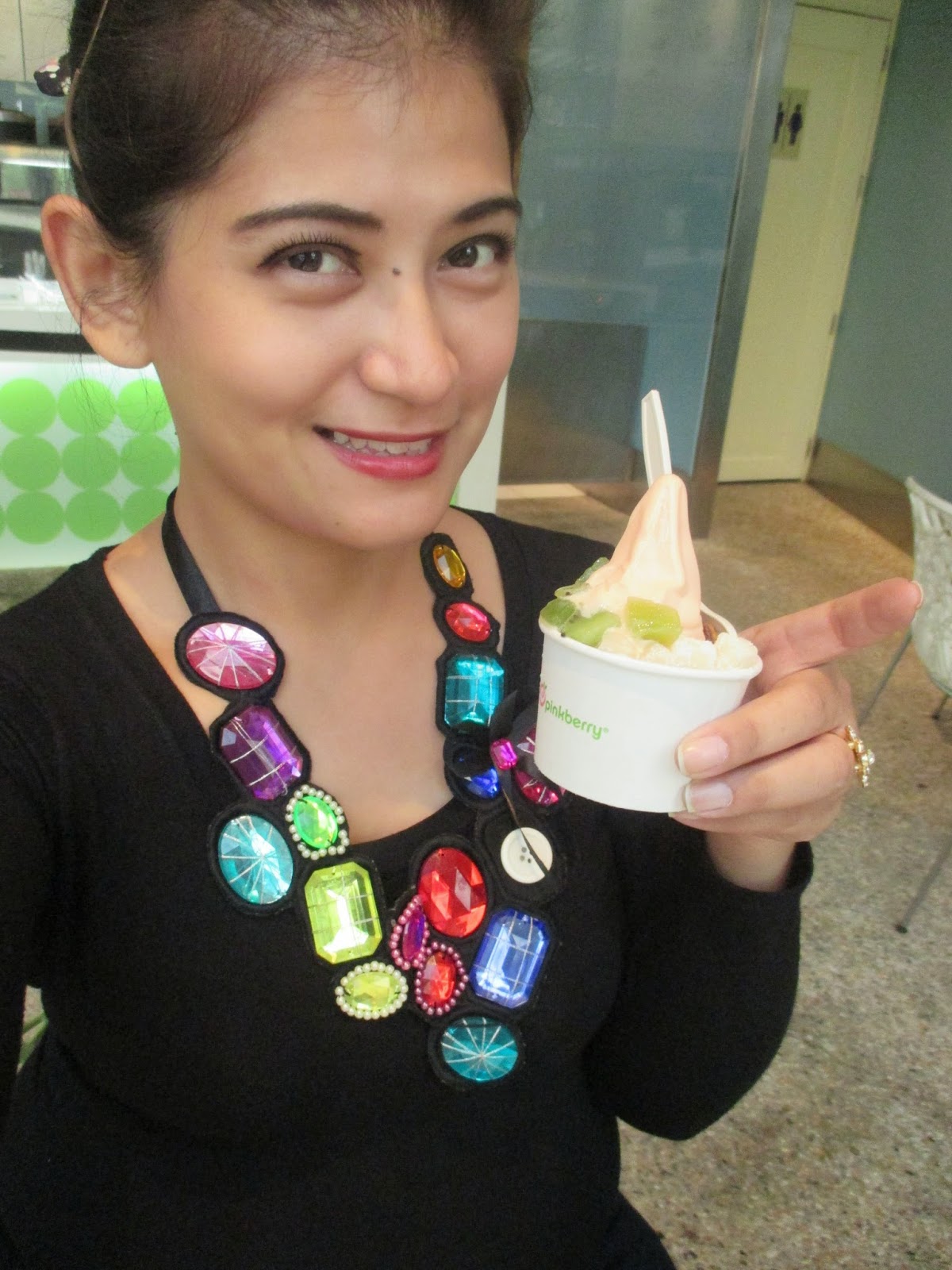 I almost finished it. I just got the small one but I actually almost finished the entire thing and for someone who doesn't like yoghurt, I'd say that was pretty impressive. :) Pinkberry is located on the ground floor of Greenbelt 5 in Makati.
on April 30, 2015
Email ThisBlogThis!Share to TwitterShare to FacebookShare to Pinterest
Labels: Food and Drinks