One of the lifestyle changes that I have made since I decided to go on a road to fitness was my eating habit. From muching mindlessly on nachos and the like, I now choose salad, veggie sticks, whole wheat, and the like when I eat. So when I chanced upon Juju Eats, my curiosity got the better of me and I asked my friend if we could just eat there. Thankfully, he said yes. 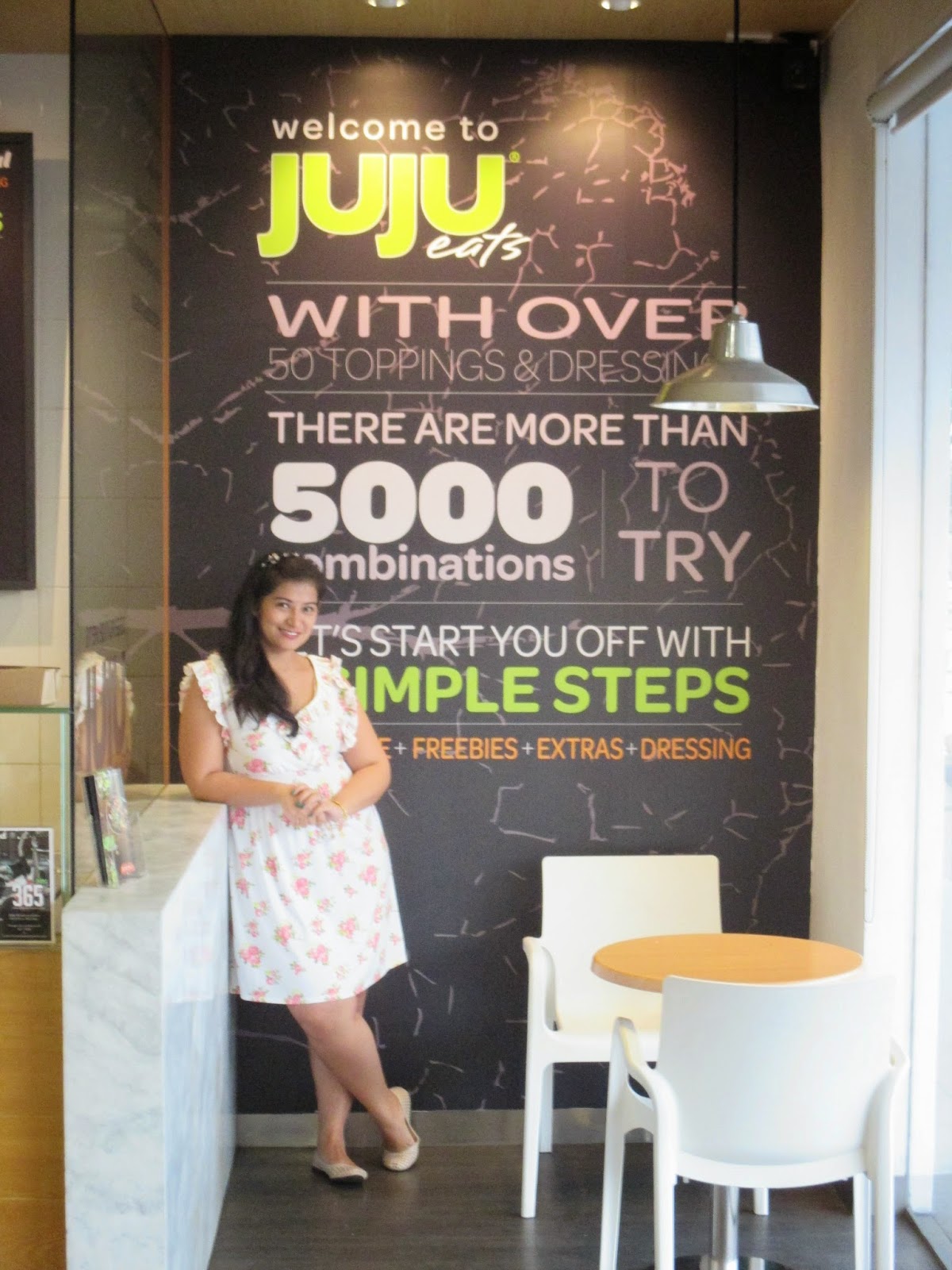 When we got inside I started taking photos after we ordered. My friend was weirded out because it was apparently the first time he's seen a food blogger in action. I explained to him what we do and asked him to take this photo. He obliged.

I liked that you could see what was happening to your food and how they were prepping it. Everything was very sanitary and well prepared.  This was a major plus for me especially since it was my first time to actually eat in a place like that. Truth be told, I felt like a complete fake when I was seated there since I have never really been a fan of healthy eating but hey, things change. 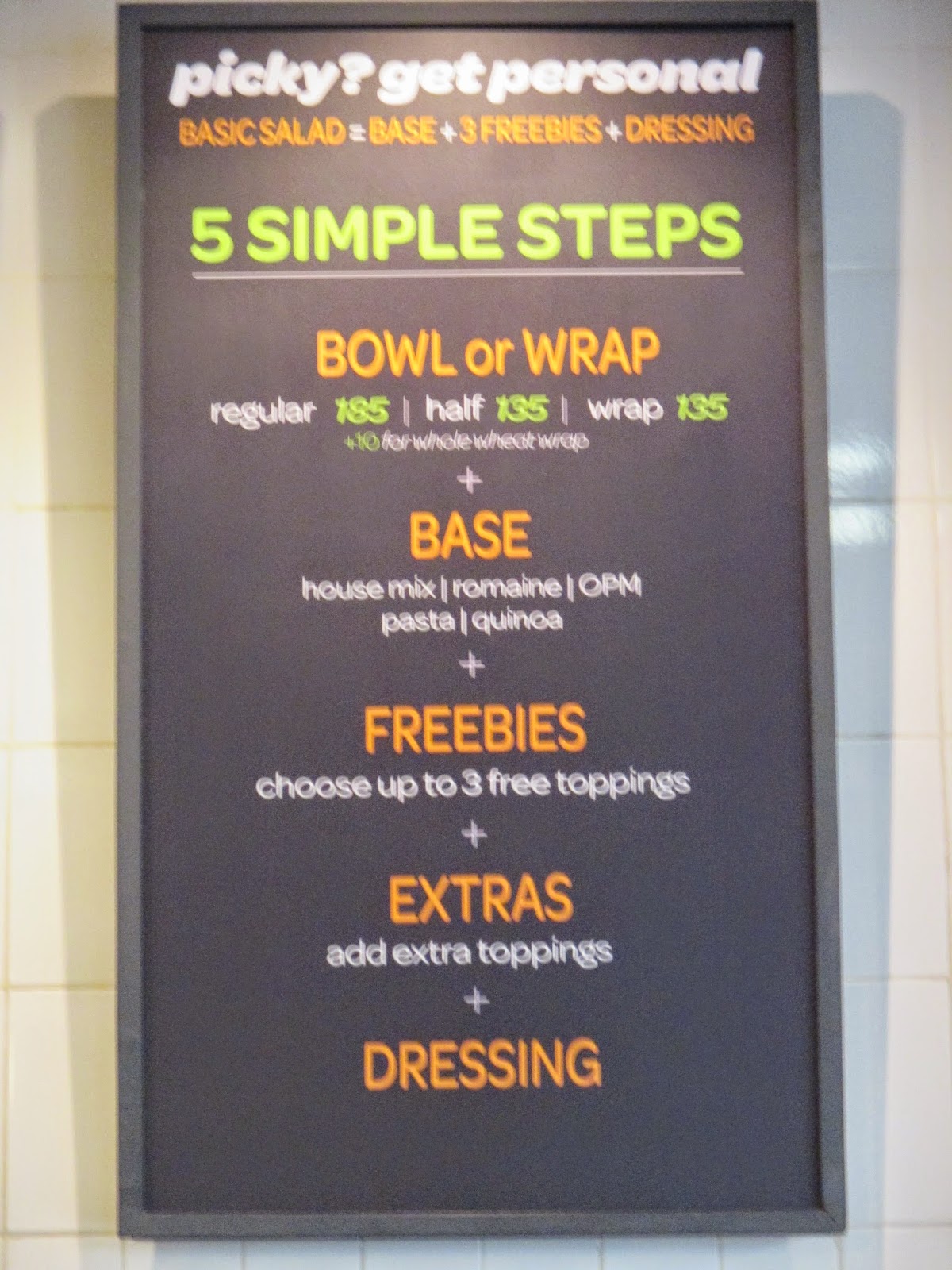 Now they have an option for people who may be a little picky but for me, this was just confusing. I opted for the pesto pasta while my friend chose the tuna pasta. 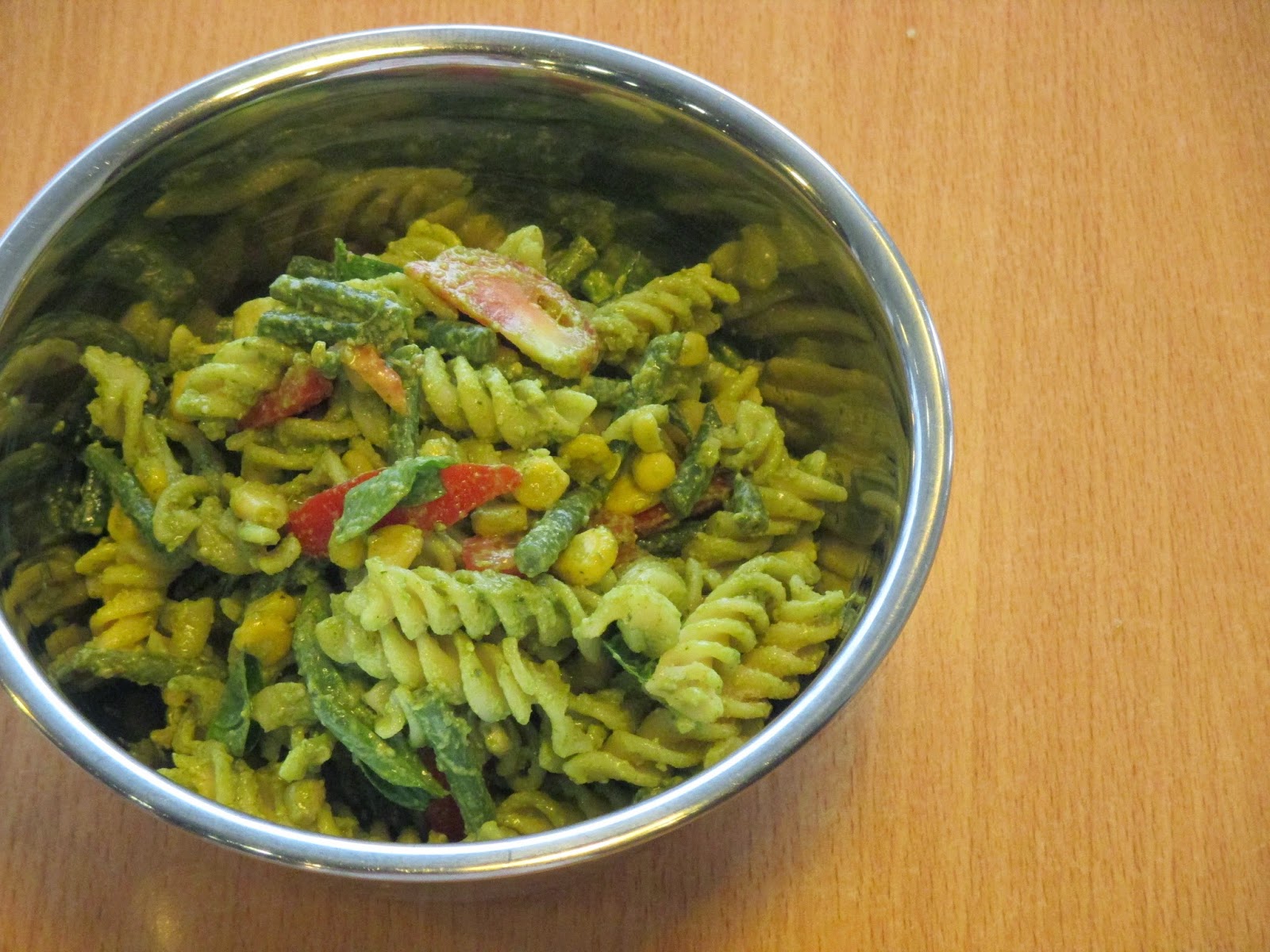 The pesto pasta was very good. I loved that they had enough pesto in it but that it wasn't oily at all. It was like the pasta was rolled on the pesto and left to absorb then cooked. It was really good. 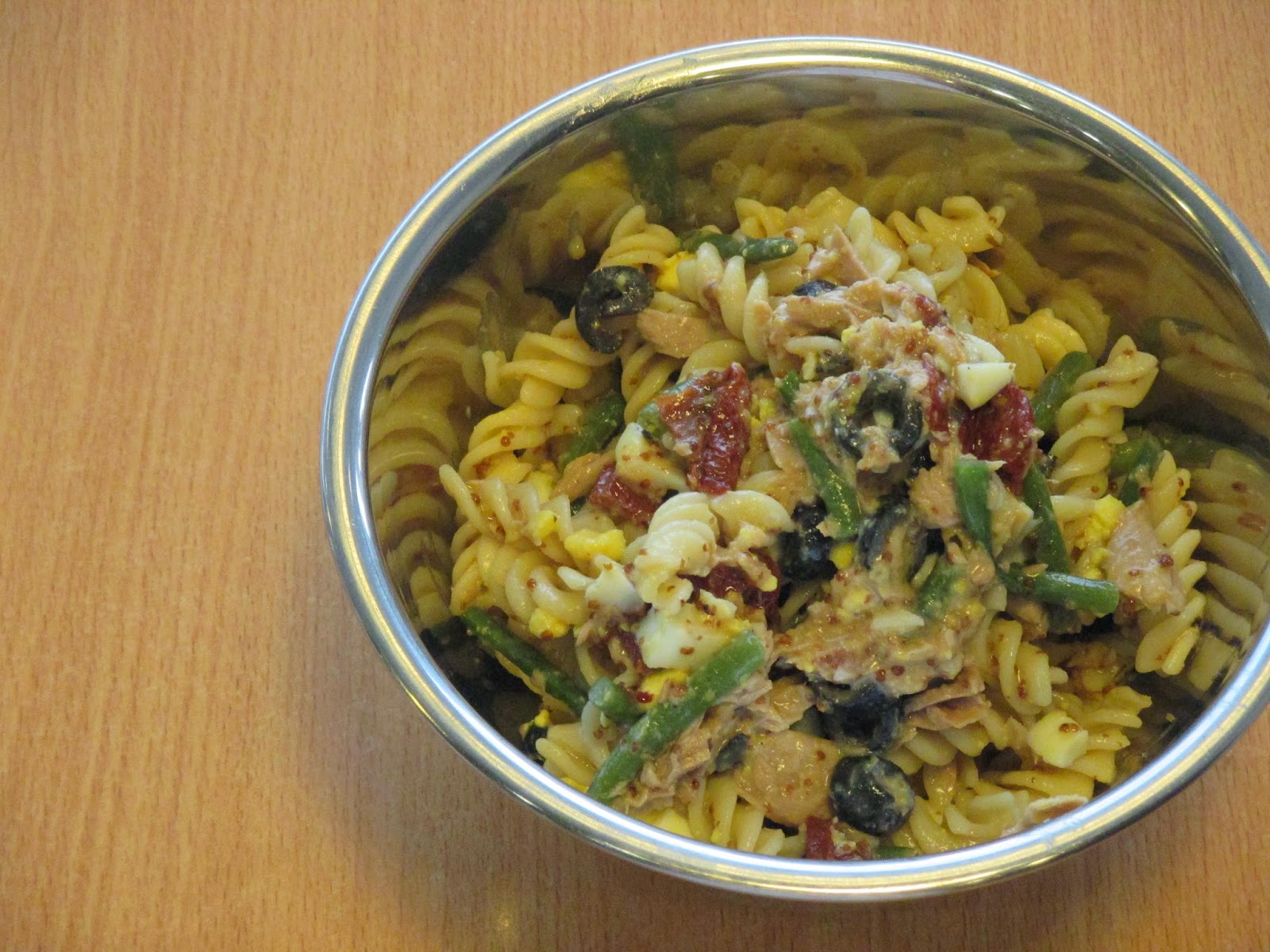 The tuna pasta my friend had was pretty good as well. I didn't eat a lot of it since he sprinkled chili on it but I liked that it had actual tuna flakes on it that you can actually bite and chew. 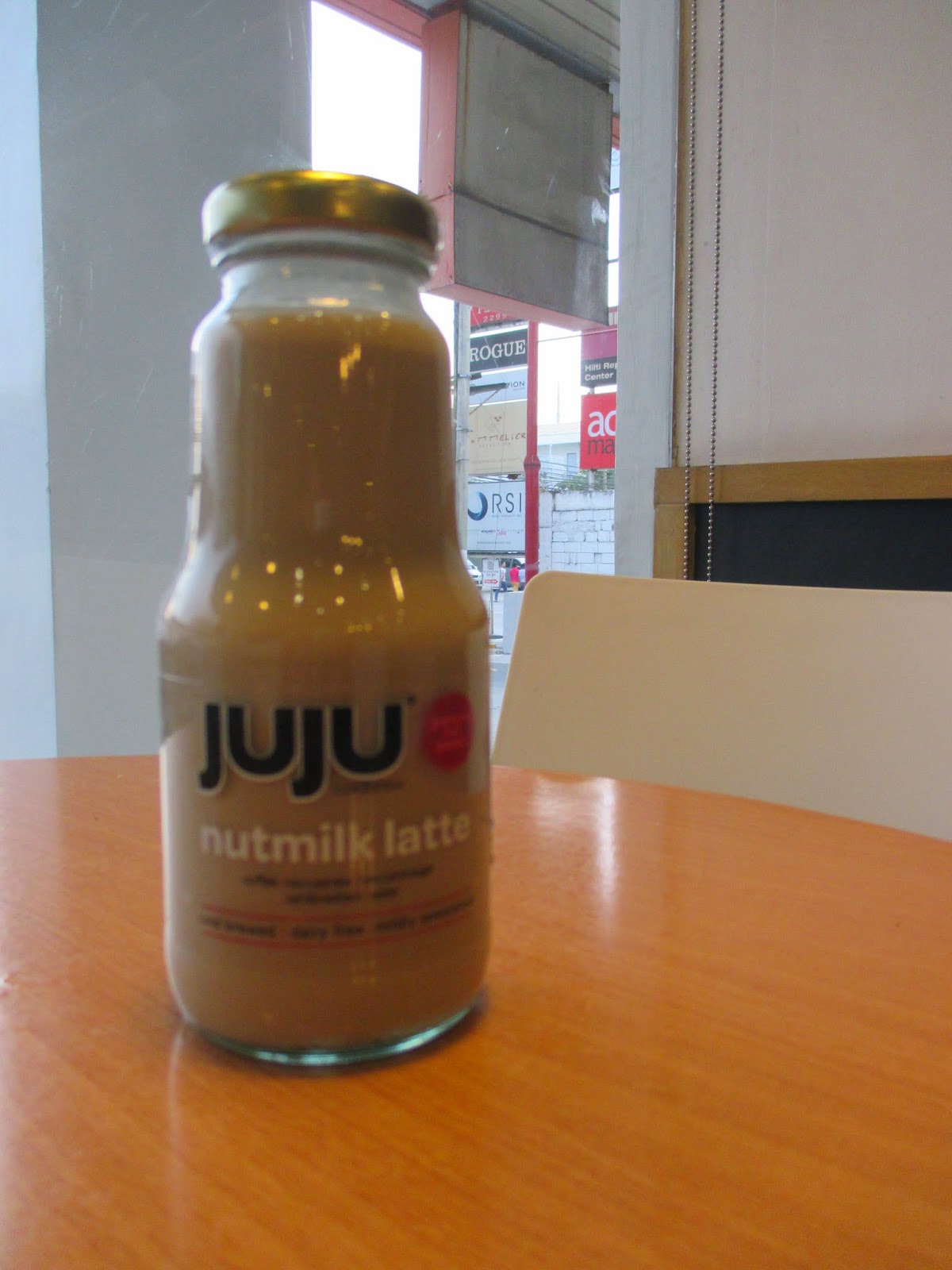 Since I was there, I had to try one of their drinks. I didn't go for the famous Atomic Bomb since I still had events to go to after. I opted for the Nutmilk Latte which was made of pure cashew. It was pretty okay. I wasn't overly impressed. This one would definitely be a one time thing for me.

Overall, Juju Eats would definitely be a place I can see myself going back to since they offer healthy options at pretty decent rates. This branch we visited is located along Pasong Tamo Extension. 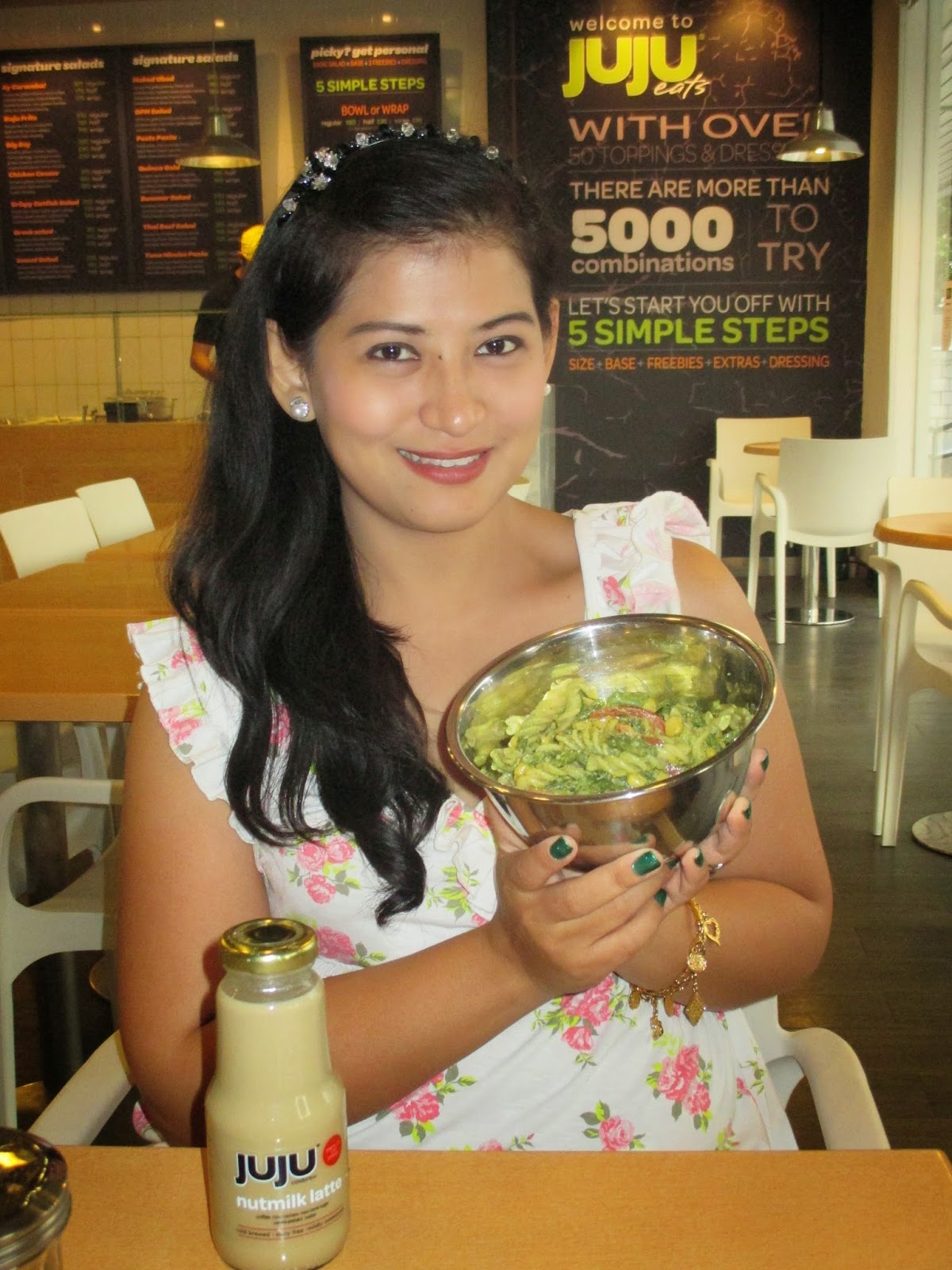 on April 23, 2015
Email ThisBlogThis!Share to TwitterShare to FacebookShare to Pinterest
Labels: Food and Drinks