I am 1with Spotify

I have made it a point to avoid Spotify when it was first released. Having more than 23,000 songs on my iPOD, I didn't really see the need to have Spotify since I already had my own playlist based on my moods and what not. I thought to myself, why would I ever need to listen to Spotify?

This changed however when I went on vacation with a friend and they started playing music from their phones. It seems all of them had Spotify and they had really cool playlists that fit almost any "ambiance" or mood that we felt. When we were on the beach, they had a beach playlist and it was pretty chill.

At night when we went drinking, they also had those good vibes playlist and true to its name, it really was all good vibes. Spotify even has a "songs to sing in the shower" playlist and guess what? You really do sing these songs in the shower. AMAZING! I love it!

So when Spotify sent out invitations to their One Year Anniversary party, I was pretty excited to attend it. After all, as Spotify has stated:

" Spotify,the world’s most popular music streaming service, reveals that the Philippines is its second fastest-growing market globally as well as its biggest market in the Asia-Pacific region.

The music streaming service has struck a chord with music-loving Filipinos, celebrating a record-breaking 2.5 billion music streams from music fans across Luzon, Visayas and Mindanao – the highest number of streams garnered from any Asian market a year from launch"

Sunita Kaur, Managing Director of Spotify in Asia graced the event as well as Dan Horan, Senior Adviser for Consumer Business at Globe.They were both very happy because Spotify is not just another app that people use but something that most of them have already integrated in their life. 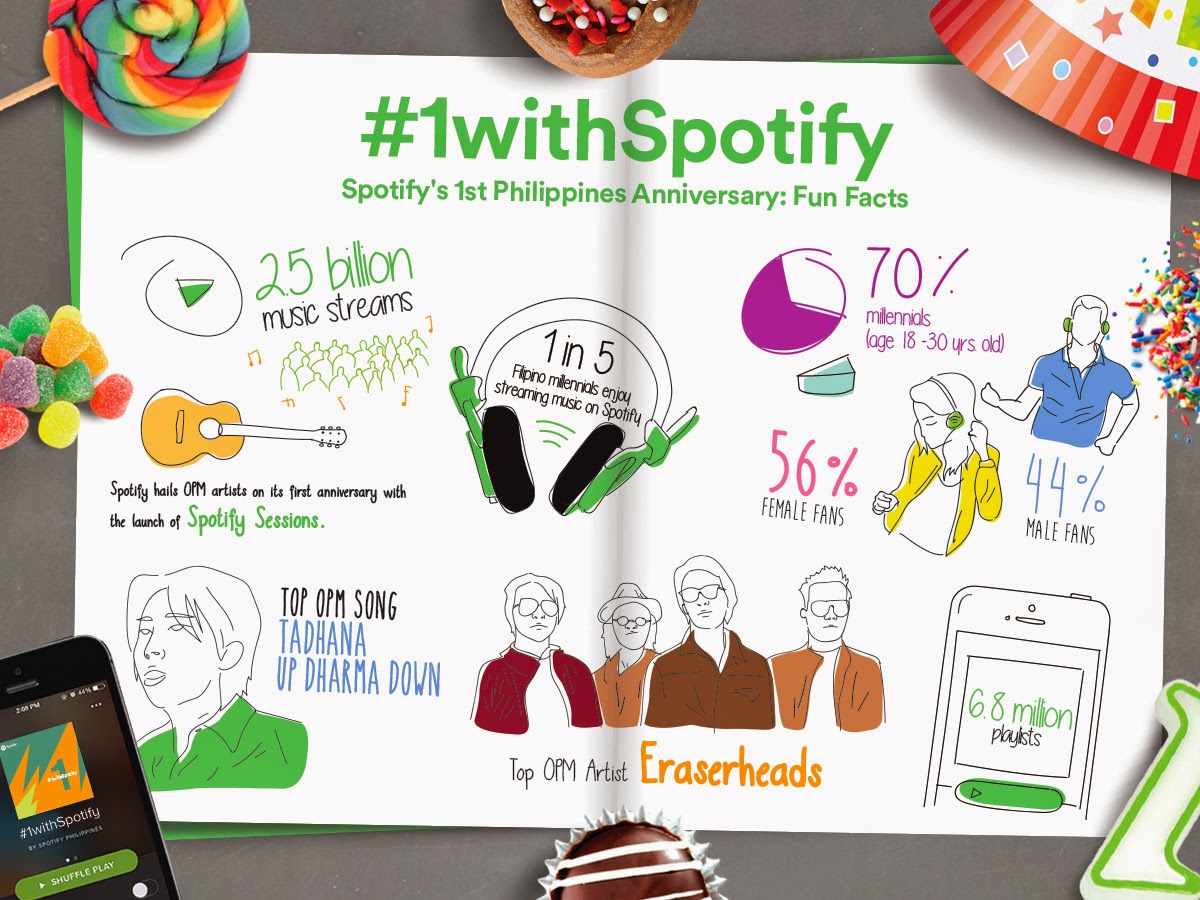 "To celebrate its success in the Philippines and its continued support for OPM artists, Spotify is also set to launch the first-ever Spotify Sessions in the Philippines featuring alternative rock band Hale, who is staging their much-awaited comeback this year. Giving music fans more exclusive content and enabling local artists to showcase their talent on the global stage, Spotify Sessions is a series of intimate and exclusive performances by today’s most exciting artists, recorded and mixed to the highest professional standards."

on April 25, 2015
Email ThisBlogThis!Share to TwitterShare to FacebookShare to Pinterest
Labels: Lifestyle and Events