on raising a 7 year old boy

on November 27, 2012
I am a single Mom. I have been a single Mom for the last 4 years. It hasn't been easy. I would like to say that it has been all peaches and roses but it hasn't. In fact, its been quite challenging.

Do I regret it? Yes and no. Yes, because what mother wants this kind of situation for her son? No one right? No, because I know that this is the better option for my son. I would rather that he have me as Mom and Dad than he grew up in a family where domestic violence, laziness, lying, and cheating is tolerated.

No, I do not want that for my son.

I have a son. This means that in a couple of years, he will be a man and I know that what he sees, he will imbibe. What surrounds him, he becomes.

I am a single Mom. I want to raise a boy who will turn into a man who knows what respect means. I want my son to look at a woman and see a woman that is meant to be cherished and taken cared of; not to be humiliated, slapped, or punched.

I want to raise him to be God fearing but not overly zealous. I want him to respect other people's beliefs and principle. However, I want him to also fight for his beliefs should someone try to trample it.

It's challenging. Juggling my time between work, my interest, tutoring my son, and making time for other things takes more energy than I have. Sometimes, I feel like I need to split myself into 5 just to meet all the roles that I have to play.

It is rewarding. When B presents his report card, thanks me for singing to him or reading a book, and when we just spend time together, it feels like I've done something right in my life.

Raising a 7 year old boy for the last 4 years has been hard, challenging, and rewarding. It hasn't been all peaches and roses but it has been completely worth it. 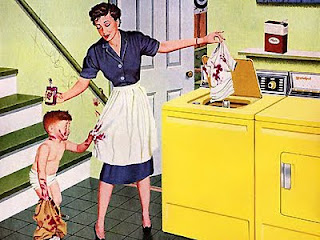