on November 27, 2012
The Manila Waldorf School held their annual Advent Fair and FM invited me to attend. I didn't know what to expect because MWS is a school that has a unique concept. 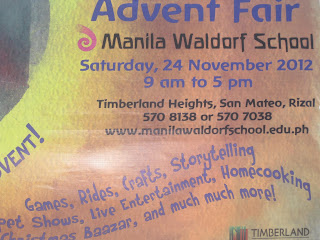 There were no rides but there were singing to open the Advent Fair and lighting of the Advent candle. 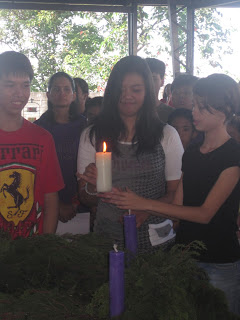 A brief background: Advent is a season observed in many Western Christian churches as a time of expectant waiting and preparation for the celebration of the Nativity of Jesus at Christmas. The term is an anglicized version of the Latin word adventus, meaning "coming." It is the beginning of the Western liturgical year and commences on Advent Sunday. The Eastern churches' equivalent of Advent is called the Nativity Fast, but it differs both in length and observances and does not begin the church year, which starts instead on September 1. (from Wikipedia) 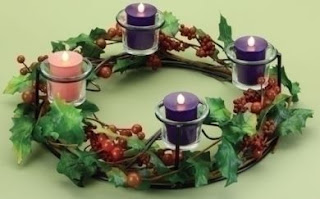 Since it was a fair, there were items being sold and food that could be purchased. What made it cooler is that its the students who would actually prepare, cook, and serve you the food. 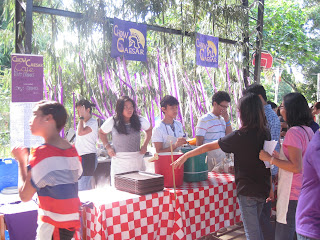 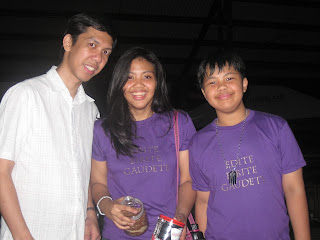 I was able to get 2 books,  a boat, a car, a notebook, and a pouch to stash my COLOUD Headphones. 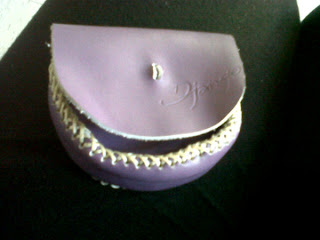 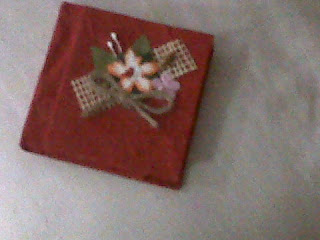 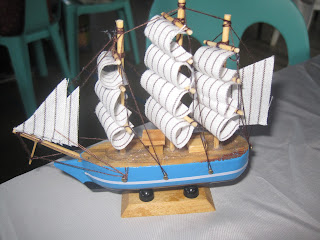 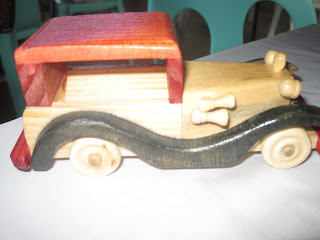 We spent the whole day here and it was actually quite fun. Thanks FM for the invite. 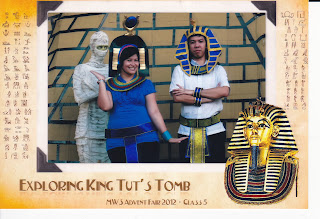 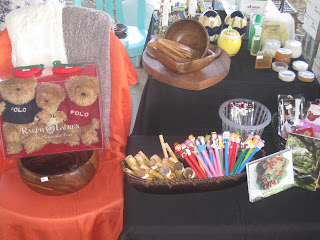 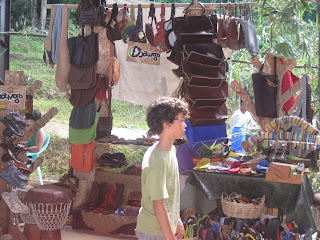 I actually wanted to get one of the Djangco leather bags but they were a bit too expensive for my blood. Still, it was fun! :) 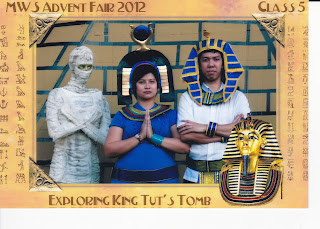