on November 30, 2012
The third and last part of B's field trip was at Enchanted Kingdom. It was B's first time and this is actually what compelled me to allow him to join the trip. I saw it as an opportunity to let him have a feel of what Hong Kong Disneyland could feel like and to let me take photos of him having fun. 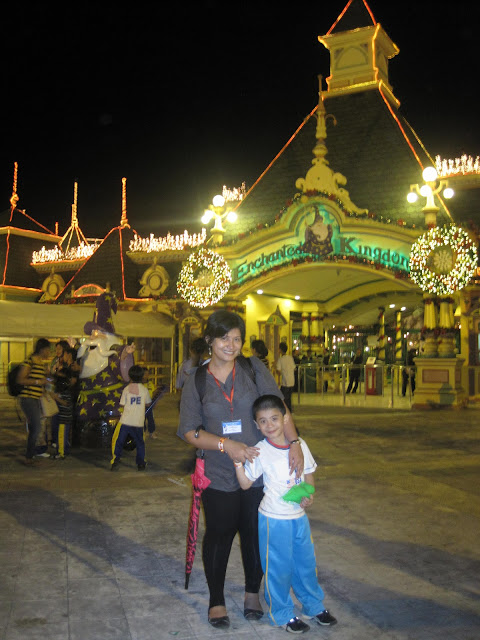 B's first stop was to the Grand Carousel. Since I love carousels, I also took a spin. 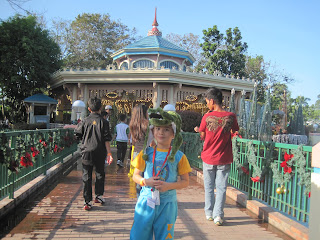 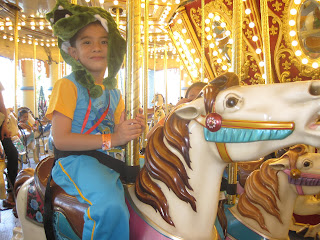 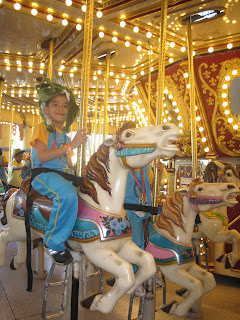 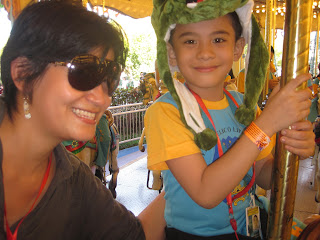 After taking a spin, B hopped over the Bumbling Boulder. It was a mechanism that spins while spinning. 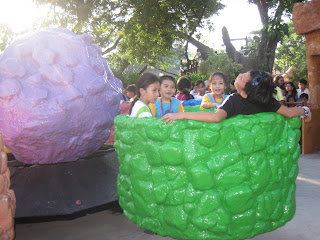 The 3rd ride was one that left my heart spinning, flippping, and tumbling. Ack. It was the roller skates which was a roller coaster ride meant for young children. 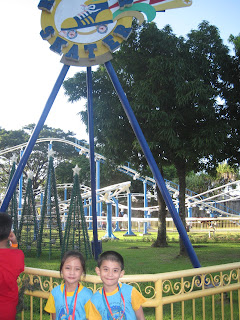 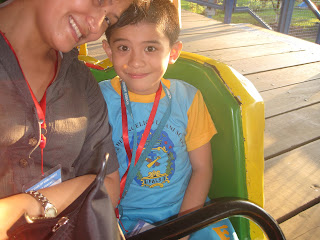 B had so much fun. He was laughing and giggling throughout the ride. I was screaming my head off. It was pretty scary to be honest but I'm really glad that B was far braver than I am. This is how I want him to be. Brave and having a go at life. 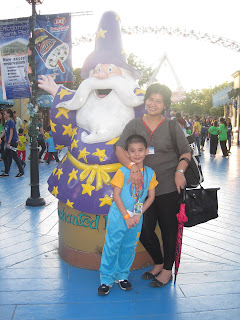 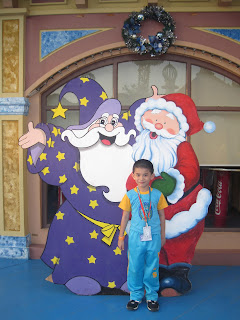 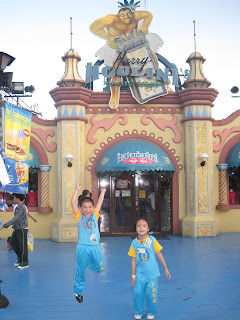 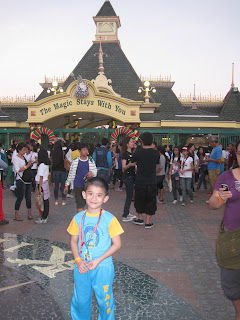 B and I went around with one of his classmates and took some photos. It was fun but at the same time it was a bit sad because there were way too many people. I felt like Enchanted Kingdom was milking all the students and schools for what they were worth by crowding in the place too much.

After playing at the Tree House, B's last ride was the Balloon Ride. I honestly felt fear but had to focus on B the entire ride. During this ride, I really felt what it was like to be a Mom. I had to overcome my own fears to ensure that my son would not feel fear as well. I managed to do that. Whew. 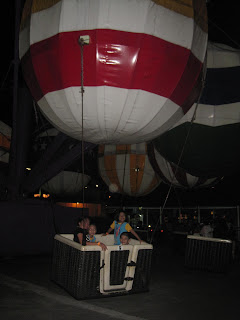 Enchanted Kingdom was for me a downer but the redeeming factor of this place was that B had fun. He had a lot of fun. For that, I am thankful that Enchanted Kingdom exists and that we went there.
Family and Friends