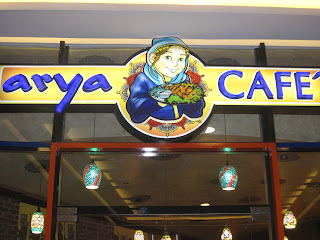 When I first saw this place, I was instantly drawn to the color. The decors were also pretty nice but I wasn't that interested nor excited about the food. It was Persian and though I have tasted it before, out of the 5, I liked 2. Still, FM and the kids wanted to eat there so off we trooped inside. 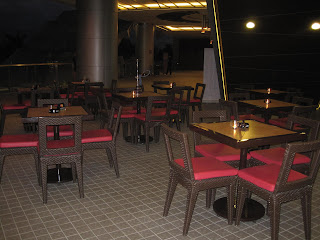 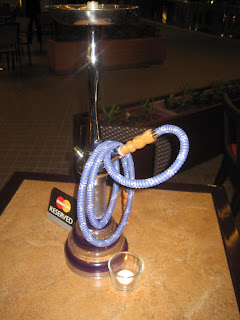 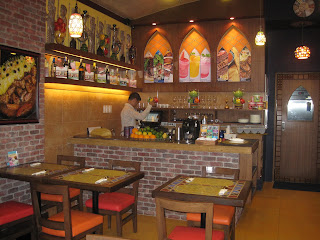 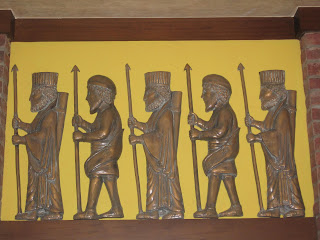 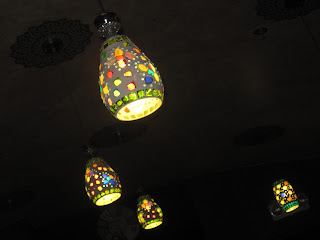 We ordered and I took a fancy to this rose water yoghurt. I thought it sounded exotic and I was pretty excited to have a go at it.

It look so pure and pretty. It tasted so awful and vile. =( BLECH! I hated it. I took one gulp and I wanted to gag. Seriously. It was the most awful tasting thing I have ever had the misfortune of trying. Rose water is apparently not sweet and the yoghurt just made it worse. YUCK!

Good thing that FM actually liked it (now I gotta wonder about his taste) and he finished it. Ugh.

Thankfully, the food came and it was way larger than I expected.I go the lentil soup first which came with Barbari Bread from Iran which I totally liked. I actually asked for another one and was given one more for free. Yey! 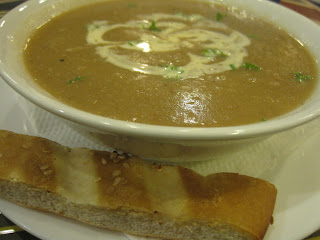 This plate was so huge, FM and I had to share and I wasn't even able to finish my half. It was really good and the saving grace of the entire meal.

Eventhough the yoghurt was a disaster, I still had a pretty good time at Arya Cafe because I was with FM and kids. Would I go back? No. However, if you are into Persian dishes, this is a must try. 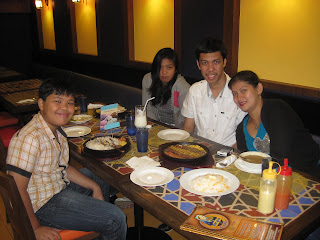