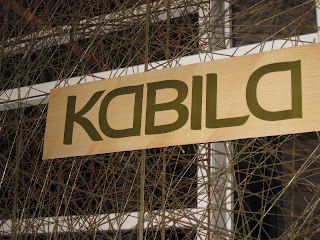 Before my birthday hit, FM and I had dinner at KABILA. Dinner was actually courtesy of a gift from the Raintree Restaurants.

When we were looking for the place, I asked one of the servers of M Cafe where KABILA was. Apparently, it was just on the side of M Cafe which would be "kabila" in Tagalog. Boy did the server had a hard time paraphrasing so that he won't say "Nasa kabila po yung KABILA." Haha.

Upon seeing the place, I instantly liked the interior and the color scheme that they used. 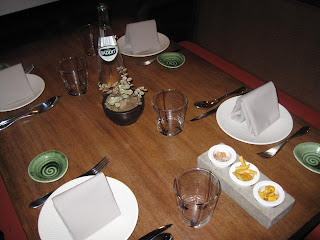 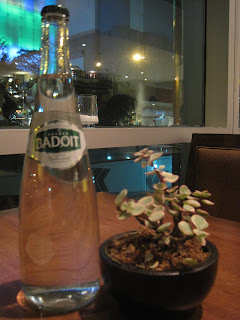 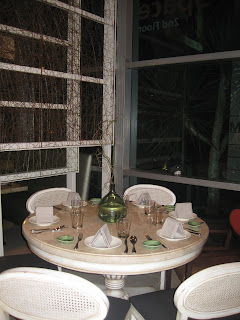 FM and I ordered the following Pinoy Hits. At Php150 each, the sago't gulaman made of raw sugar, pandan syrup, and tapioca pearls were an instant hit. However, the Guinumis (the one with the white liquid on top) was an even bigger hit because of the additional coconut milk on top and pinipig crunch. 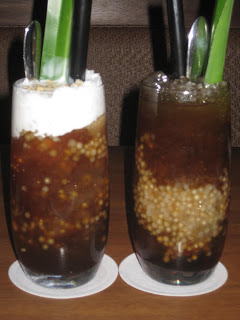 KABILA's Pork Bagnet (Php395) was served with sukang Ilocos, rock salt, and KBL (kamatis, bagoong balayan, and lasunga relish.) It was quite tender and very tasty. 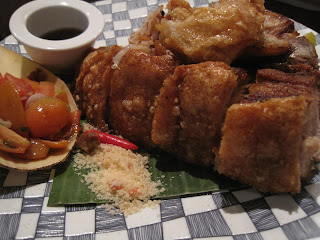 The Alaminos Longganisa (Php295)  that was served consisted of 12 bites and the sukand Ilocos helped temper down the taste. I was not a huge fan of this but FM was. Since it was sort of my treat, I wanted him to have everything he liked for dinner. 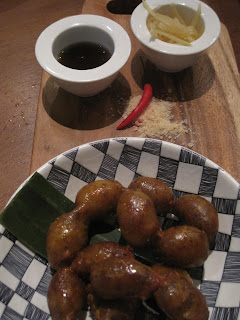 Overall, it was a pretty great dinner. FM and I will definitely be coming back because there was one dish that we wanted to try which was served in a coconut husk and a slab of stone. It was too interesting to pass. 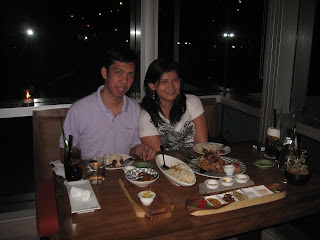 Thank you for this wonderful opportunity to have dined at KABILA. :)