The second part of B's field trip was at the Crocodile Park. This is located right across Boom na Boom. I was actually pretty excited about this one because based on the field trip of my little sister, there would be animals that the kinds can take a photo with. 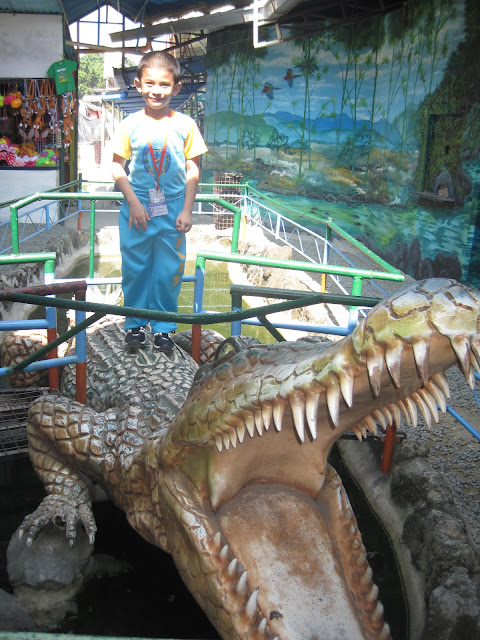 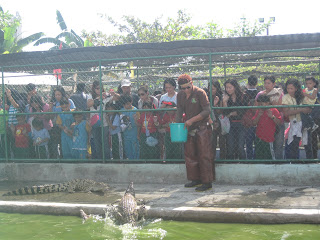 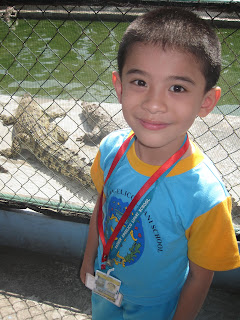 After the crocodile viewing (it was just a viewing because the guy who does the rope show was sick) it was time for the bird show. B actually had fun with this one because the birds were all well trained to do things that other birds couldn't. Sadly, there were no other animals that were shown to the kids which I really, really am pissed about.

What happened to the snakes, birds, monkeys, and butterflies? I felt cheated by Crocodile Park. Tsk tsk. It was a good thing one of the staff was nice enough to take one of the Kalaw's out and have B pose with the kalaw. 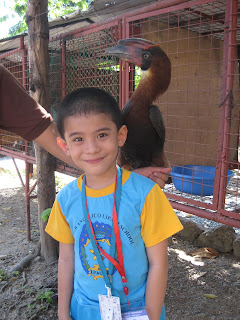 Since B posed gamely for the camera, I also got him a crocodile hat as souvenir for his trip to Crocodile Park. 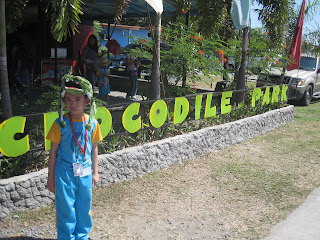 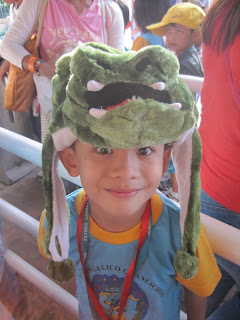 B may not have been able to see all the animals he was supposed to see but B had fun. It's one of the amazing things about kids. They just appreciate what they get.
on November 30, 2012
Email ThisBlogThis!Share to TwitterShare to FacebookShare to Pinterest
Labels: Family and Friends