on July 02, 2012
It was the birthday of FM's Dad. It was supposedly a catered dinner at the new house but since things did not go as planned, we went to Bakahan at Manukan in Metrowalk. We ate there last Father's Day (which I have not yet blogged about) and so I was pretty excited to try the items I was not able to try out last time.

We got there early. FM was able to take photos of the place without anyone getting in the way. The interiors were modern Filipino and the place was cozy. 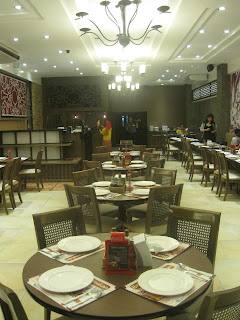 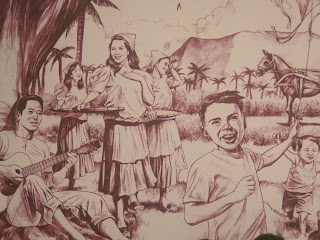 After getting several shots, we ordered food. We were seated with FM's older sister and her husband and some of their cousins. Our table had the most number of food too which just proves how big an appetite we had. 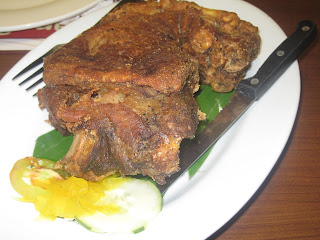 The crispy pata was quite good. It tasted just right and went well with the sauce. It wasn't that soft to chew but it didn't take huge effort as well. 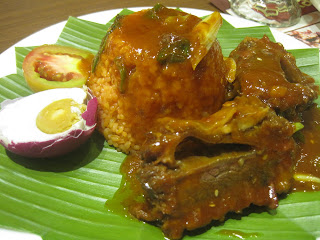 The kare kare rice would have been perfect if they just remembered to tell me that it was SPICY. I felt my tongue was assaulted. It was so wrong and it was such a downer. I really felt disappointed and it was such a sad thing because I really liked how it tasted after I got used to the spiciness. 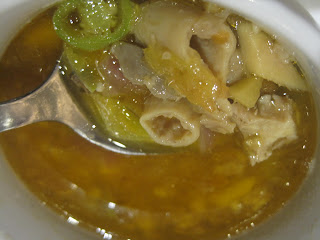 This papaitan was such a major disappointment. It was too oily and it just did not taste anything but oil. I had one spoon and that was it. Yuck! 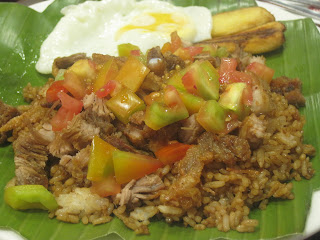 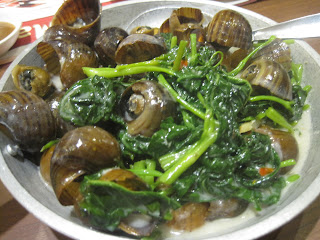 The kuhol was love. LOVE LOVE LOVE. It was so yummy, fresh,  and oh so good. I love the veggies on it and I loved the snail itself. YUM YUM YUM!

We also ordered chicken chops, bagoong rice and pinakbet. They were pretty good but not impressive.

After the dinner, the cake was brought out. 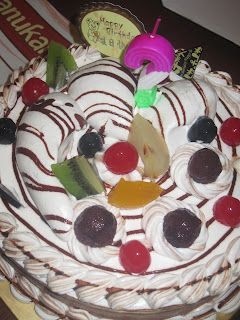 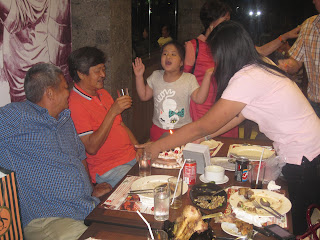 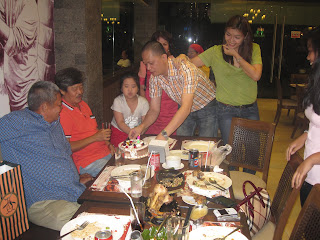 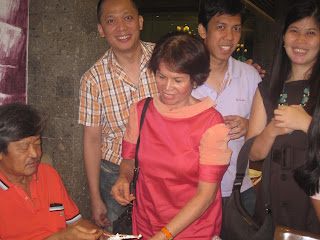 I believe that Tito O was pretty happy that night. Family was complete and everyone was there to celebrate his night. :)

As for FM and I, I super love this shot with his parents and of us. 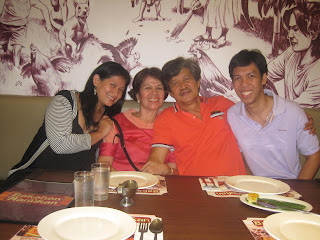 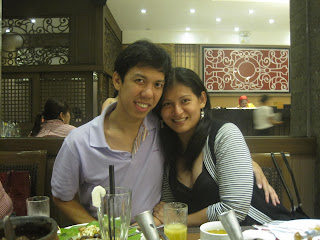