on July 13, 2012
The second part of the tour that we availed was the Liliw Festival or the Tsinelas Festival where the main highlight of the day apparently was what they would refer to as "pasabog" or the "bombing." Now, before you react and think that we are all a bunch of psychos who celebrate bombings let me explain to you what kind of bombing this is.

The Liliw Tsinelas Festival of Laguna is a celebration of thanks to their patron saint for the prosperous year that they have. Liliw, Laguna is apparently known for their shoes and slippers and they "bomb" people on the street by throwing away pairs of shoes, sandals, rubber shoes, and slippers. Instead of candies and coins, they do it with shoes. 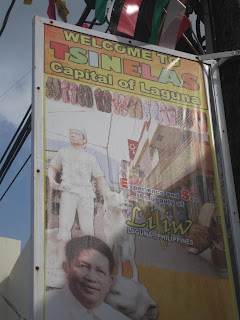 FM and I did not know this so imagine our shock when we were crossing the street, wondering what the festival was about and a mob of people started swarming because apparently, the house in front of us was about to throw away shoes to the crowd.

Crazy right? Look at those little specs in the air; those are shoes. 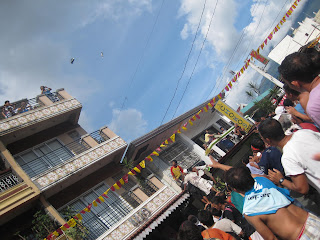 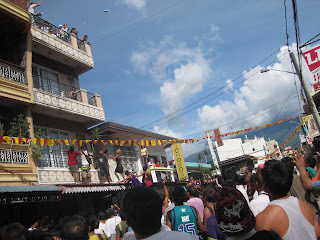 Afterwards, we had Cheese Halo Halo which apparently is one of Laguna's pride. 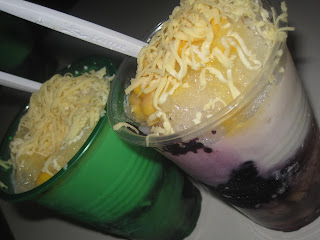 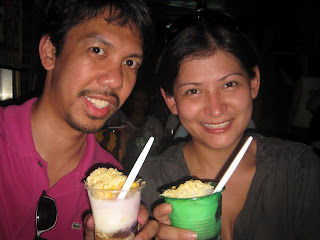 It was a novelty for us but it was just really halo halo with cheese toppings. Oh, and I didn't cry in that photo. I'm just all red and blotchy coz of the heat. It was so HOT! 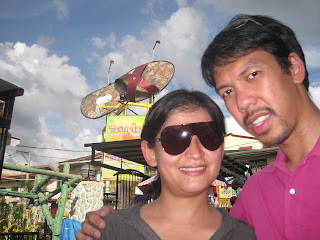 Afterwards, we went roaming around and chanced upon a church. It was so pretty we had to go in. 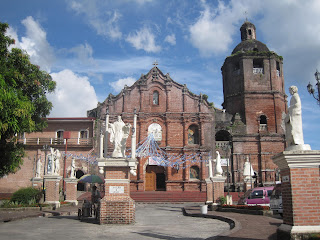 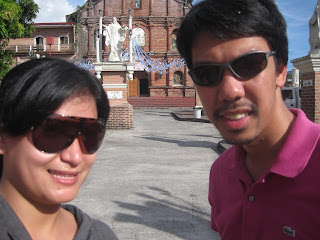 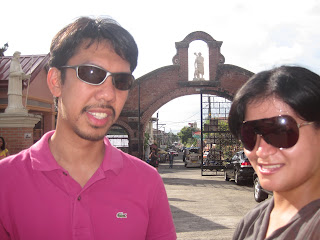 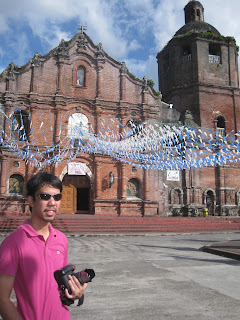 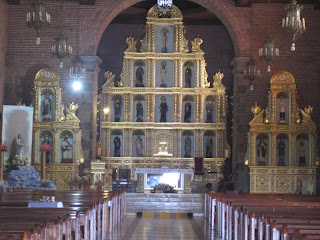 FM and I had a lot of fun exploring. I liked the feeling that we "discovered" this church when it wasn't even a part of the agenda. It was fun, it was new, and I simply loved it. :)
Travel & Adventure