on July 13, 2012
Last stop of our day tour to the province of Quezon and Laguna was the Nagcarlan Underground Cemetery. It seems that this is one of the few last remaining underground cemeteries and it has become sort of a tourist spot. 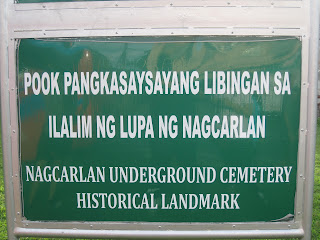 FM and I took a shot of ourselves with the place as background of course but I refused to take shots of the cemetery underneath. I don't know. It just did not feel right for some reason and it felt like we were violating the privacy of the dead. It doesn't make sense but at that time, I just felt that we shouldn't take photos of the place. 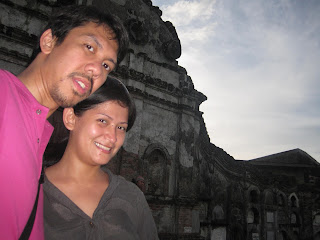 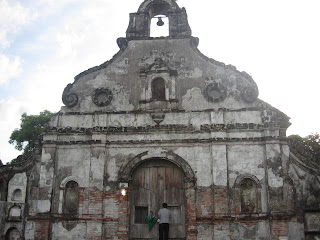 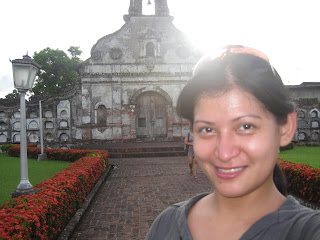 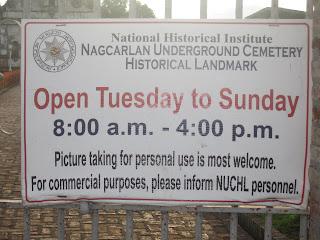 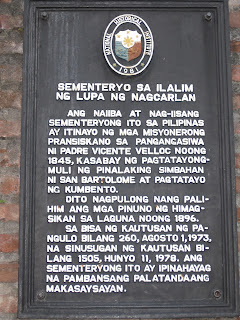 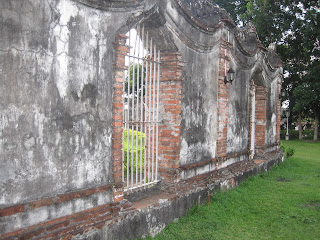 The place looks haunting which I believe was normal but this one, it was like you can actually feel the souls walking around you. It was creepy and magical all at the same time.

However, the highlight of this trip was the surprise proposal that happened to two of our bus mates. A guy approached me and asked me to take photos of him and his girlfriend and then he just whispered "I'm about to propose" which shocked the life out of me. It was a good thing I recovered and was able to take A LOT of photos using his camera. I was able to take a video as well but I have inadvertently mixed it with my other vids so I now have to look for it to email to the girl.

Still, CONGRATS to you too! What a crazy way to propose! 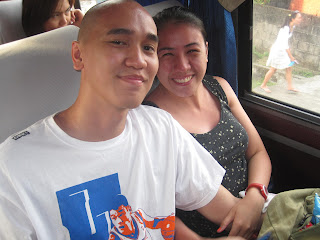 After, FM and I got to buy some souvenirs and here they are ... all on display in my room to remind me of this wonderful day I spent with FM. 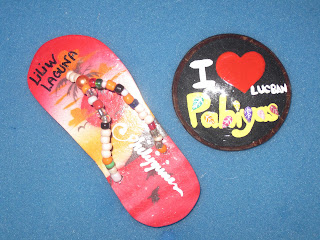 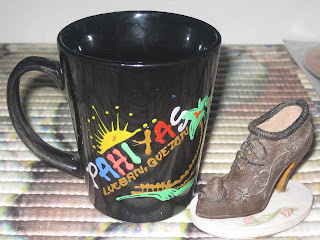