on July 29, 2012
Remember how I said B had another party to go to because he has a very active social life? Well, here it is. He was invited to the 7th birthday party of a 2nd grader in his school. Mind you, he's in 1st grade but he's already being invited to 2nd grade parties. He's that sociable.

It was a good thing that I was also friends with Carl's Mom. If truth be told. if it wasn't for our friendship, I would not have let B go to the party since I also had a party to go to a few hours after their party.

B was asked to lead the prayer because he was a good reader. He was able to read the prayer they prepared and mind you, it was in cursive writing. He only missed out on 7 words and I felt so proud of him. He also won in the Bring Me contest when the clowns asked the kids to bring a pretty and talented Mommy. Yihee. Hahahaha. 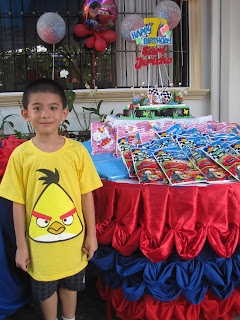 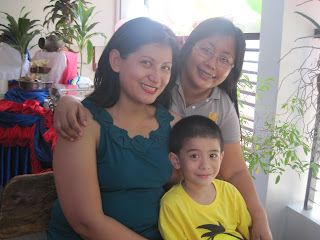 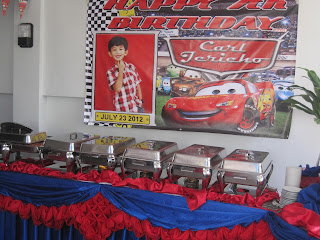 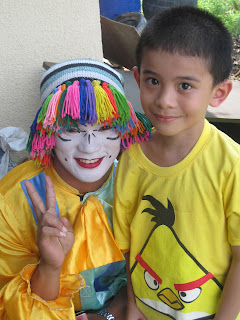 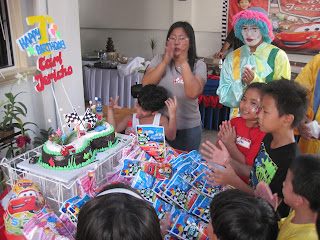 B and I had fun with the photo booth. I also had photos taken with my other Mommy friend. I'm really happy that I have met other moms in B's school. It makes things easier for me and I value the friendships I formed with them. 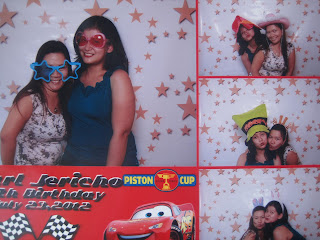 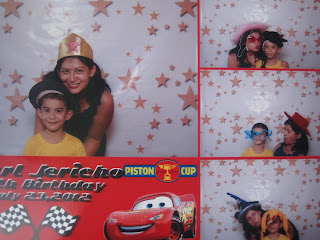 Overall, it was a fun birthday and I'm happy that I made time for it because B had so much fun.
Family and Friends