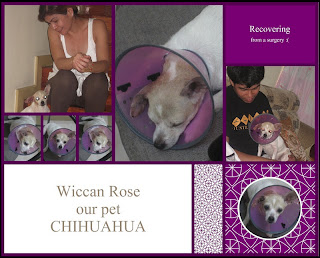 Our dog's ear started swelling o ver a week ago. At first we thought it was just an insect bite that would go away. A week later, it was still swelling and she was starting to walk with her head tilted because it was becoming too heavy for her.

One of my brothers brought her to the vet and much to our surprise, she apparently has hematoma. She was taken in for surgery and is now recovering. We do feel bad for her because she's having a hard time with the Elizabethan funnel but it's also been a source of laughter since last night.