Last year, I was able to have a peek at Taiwan. I say peek because I was there for less than 10 hours. I was able to maximize the small time that I had coz I was able to go around and try a few coffee shops as well as some of the street food that is only available in Taiwan.

Since then, I have made it a point to check out Taiwanese restaurants that I could chance upon in the metro. Sadly, I have only been to one decent resto in Makati so when I found out that Fat Fook was opening in Glorietta, I made it a point to pay them a visit.

Fat Fook Kitchen is located on the 2nd floor of Glorietta 1. It is right across KFC so it's pretty easy to spot. First impressions: place is a bit small. You see in my head, I was expecting that there would be a crowd so I wondered how they were going to fit everyone in. 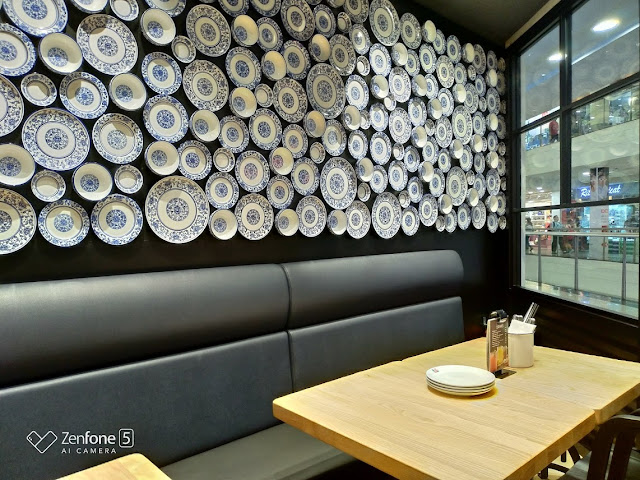 Next was that these set of plates would make for a really nice background shot. What do you think? 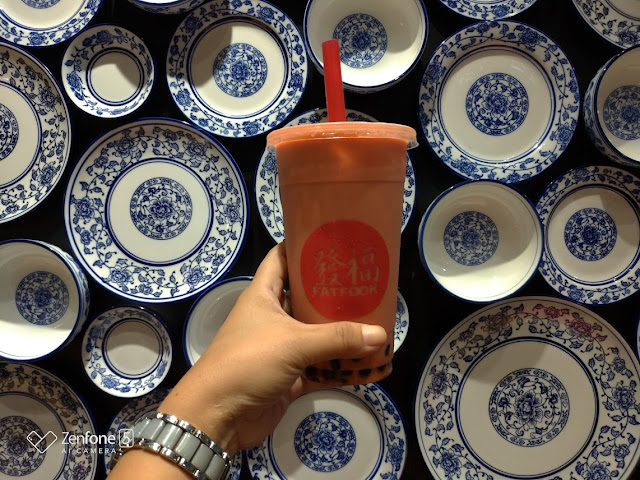 Honestly, I was a little apprehensive because expectations were being set pretty high and since I've already had legit Taiwanese cuisine, I knew what that tasted like.

This chicken chop is their best seller. In fact, its so popular that Fat Fook Kitchen is doing a promo on their opening day at their Glorietta branch. The first 100 customers get to have this piece I'm holding for only PHp1. ONE PESO. It makes me want to fall in line tomorrow just so I could have one as well.

I took a bite of this and understood why this was a best seller. It's tasty, soft, crunchy, and with every bite, there's an explosion of flavor. It's like the different spices tickles your taste bud and leaves you wanting for more. 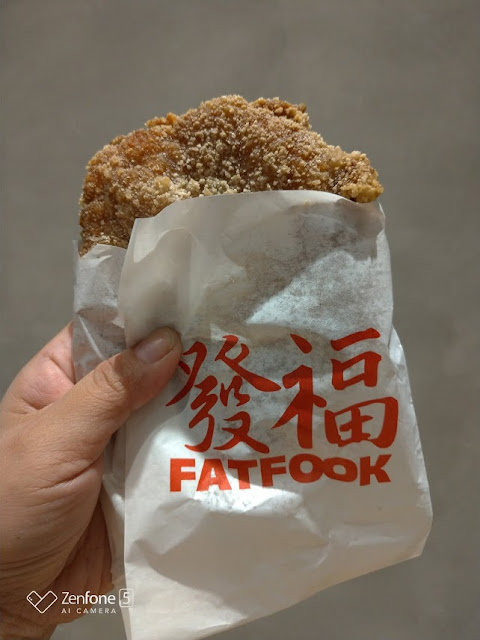 Taiwan wouldn't be Taiwan without their street food and this is what their street food tastes like. Fat Food Kitchen lets you have a taste by letting you have this to go so you can walk around the mall while munching on these goodies on a stick. The fish tofu is my personal favorite. I think I could finish at least 5 sticks of this. Appalling I know. 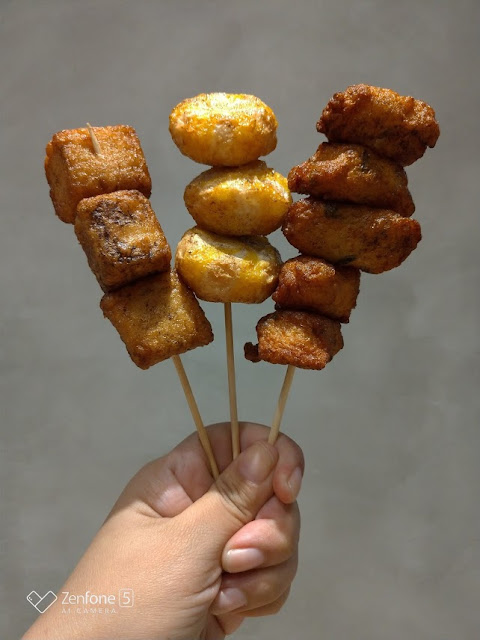 Now the Taiwanese fried rice came highly recommended by the staff so of course we had to try it. I love my Yang Chow but I could definitely go for this version. It wasn't too overwhelming. It was just right and if you're one of those people who do not like too many things going on, this would be enough for a full meal, no viands needed. 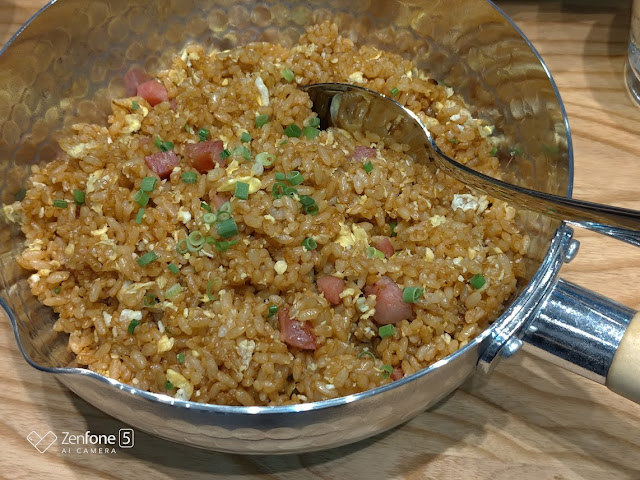 They also had Xiao Long Bao and they just happened to have a GIANT version so of course we went for it. Now I gotta say that there is something kooky about sipping soup from a giant xiao long bao. It was certainly a unique experience, one I wouldn't mind repeating again very soon. 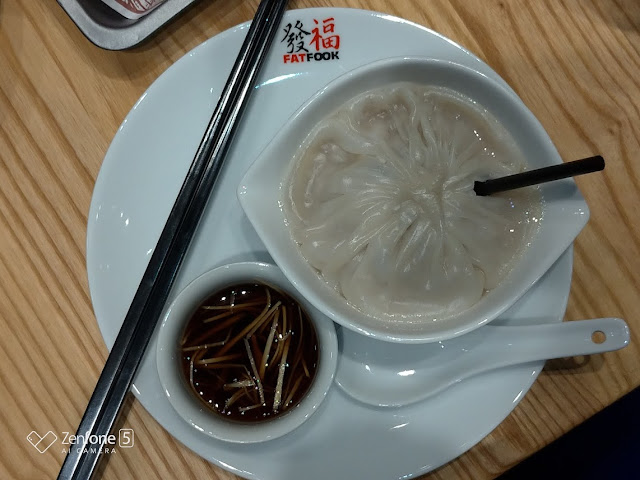 These Taiwanese Sausages were the biggest surprise of the night. I thought it was just a piece of sausage but when I bit into it, it was so much more than that. These sausages were the best sausages that I have ever had. It was simply delicious. 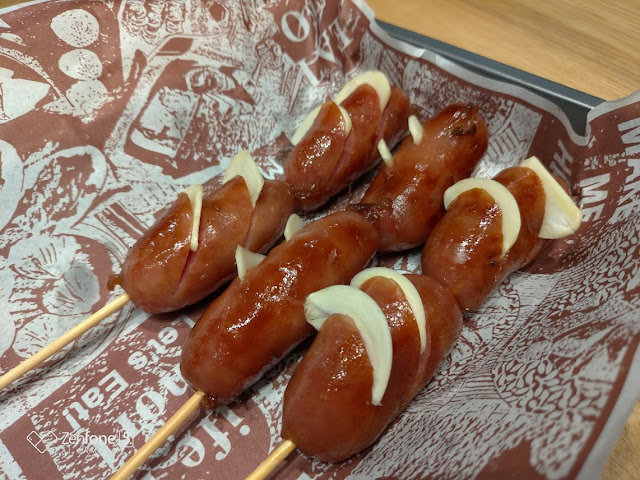 As you can see, I have this really happy look on my face because I had one of the most filling meals in a very long time and also because the wintermelon milk tea I had tasted really close to the one I had in Taiwan. You would smile too if you could taste what I tasted. 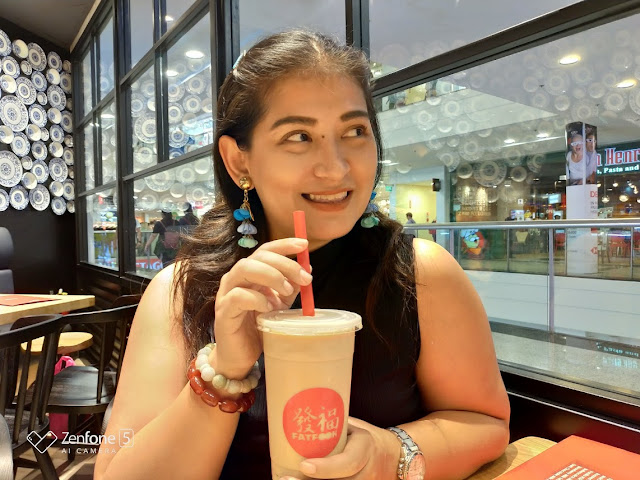 Fat Fook Kitchen is bringing its Chicken Chop promo to Glorietta and ALL YOU NEED IS PISO! This is an exclusive treat as they open their 1st Makati branch on May 9, 2018 (Wednesday). 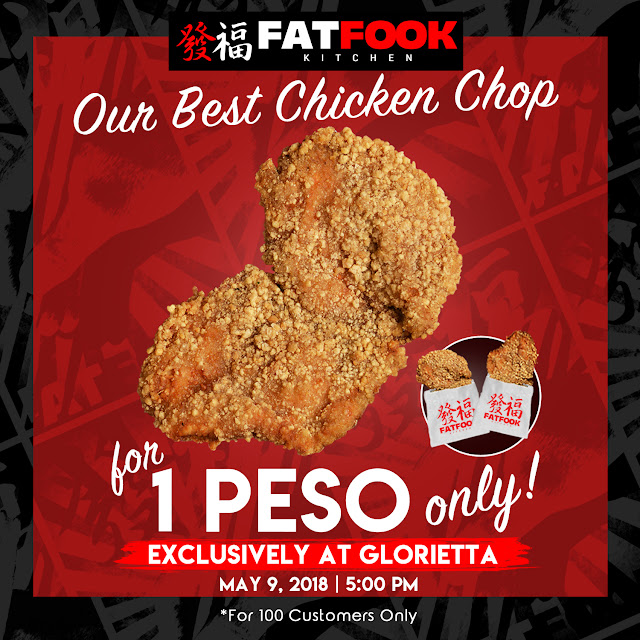 1. This promo is for 100 customers only.
2. To be one of the lucky 100, visit Fat Fook Kitchen Takeout Counter (2L, Glorietta 1) at 5:00 PM.
3. Numbers will be distributed at the store door.
4. Present your number at the Takeout Counter to avail the promo.
5. Strictly one order per customer.
6. Not valid in conjunction with other promo and discount.
#FatFookGoesToGlorietta

Now the fun doesn't stop there. It's been quite a while since I did a food review so I wanted to welcome my first food review in a long time with a bang! I'll be giving away GC's worth 1000 to one lucky reader. All you need to do to join is:

1. Leave a comment on this post and tell me why you want to win or what you think of this post then share this article on your Facebook wall. Make sure its set to public and use the hashtag #LifeisKulayful and #FatFookGoestoGlorietta

2. You need to reside in Metro Manila coz I'll be shipping this and I can only do that within Metro Manila. If you live in nearby provinces, just make sure someone in Manila can receive the prize for you. 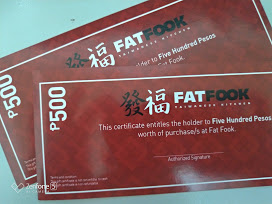 Contest will run from May 9 to May 15. I'll announce on my official Facebook page the name of the winner and it will be pinned for 5 days. If the winner does not send a message, another one will be chosen. Good luck!

Photos: #Zenfone5
#Backto5 #WeLovePhoto
on May 09, 2018
Email ThisBlogThis!Share to TwitterShare to FacebookShare to Pinterest
Labels: Food and Drinks