There was a time when I did casual dating. This lasted for over two years. I even had a rule back then. Three dates and you were out. I wouldn't see you anymore and I definitely won't be talking to you after date number three. It sounds heartless but I did inform the men that I was seeing. I told them that I just wanted to meet new people but I wasn't ready for anything serious.

Casual dating is fun because there are no strings attached. I am not obliged to do anything that I don't want to do nor am I obliged to spend more time with someone just because we were seeing each other exclusively. There is no drama in casual dating and there is no commitment. I also believe that when you are upfront and honest about what your goal is when you date, you avoid drama and hurting other people.

When it comes to putting out as others would say, I simply tell the men who wants it to go ahead and sign up for adult dating sites because that isn't part of the package of going out on a date with me. Most of them respect that right off the bat while others will attempt still so you just really need to be firm with your rules and stick to it. If they still pursue, a good kick in between the legs normally solves the problem.

Now casual dating isn't something that anyone can do. It could be risky and it could lead to heartache. This is why I have come up with a few rules that you can use to guide you should you ever want to venture into the world of casual dating. 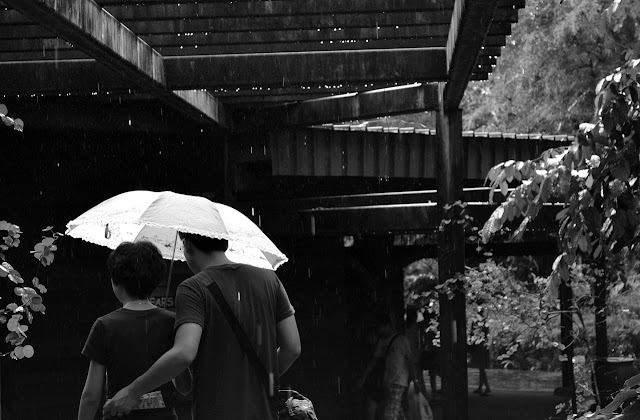 You need to inform the other party what your intentions are and if you have a certain timefram so they know what to expect. You don't want to let people think of something that you cannot deliver or have no intentions of delivering. Leading someone on is a big no-no.

If you are in this for fun, don't make future plans or say things like "I wonder what it would be like when we're married." It is wrong and it is heartbreaking. You want to have fun, not cause major drama in your life. Also, having fun does not give you the right to break people's hearts.

If you see that the other person seems to be falling in love with you, remind them that you are not there for anything serious. If they still seem to be on that same path, be ruthless enough to cut ties immediately before they actually fall. You may still be having fun but remember that you cannot give them what they truly need and want which will mean they also won't be able to give you what you ultimately desire: a stress free fun dating life.

If things are clear between the two of you and you know the parameters of this dating world that you both agreed to be on, give it your all. Don't hold back and just enjoy every moment you have together but always keep in mind the agreement that you have. This will help avoid misunderstandings and unnecessary dramatic moments.

This may seem like a weird thing but humans are creatures of habit. When you hang out with a certain person for a long time, the chances of you getting used to that person and developing feelings are high. The chances of you falling for that person and vice versa will be pretty high. This is why setting a time frame becomes important. This helps limit the chance of someone falling in love and someone getting hurt.

6. Always meet at a public place the first few times you go on a date with someone new. Always make sure that someone knows where you are and who you are with. Post pictures on social media not because you want to show off to the world but as a precautionary measure. This hinders cheaters and psychopaths from the very beginning. It's a great filter that you can easily use.

Casual dating isn't for everyone. It can be tricky and it can be risky. However, when you have a certain guideline, casual dating can become something fun to do while you are not yet ready for Mr. Right. Have you done casual dating? Let me know in the comments below!


on July 17, 2018
Email ThisBlogThis!Share to TwitterShare to FacebookShare to Pinterest
Labels: Relationships