Bone Thugs and Harmony in Manila

M has been crazy happy about this news. It seems he is a big fan of this group and has been waiting for them to visit and hold a concert. Apparently, his wish has been granted.

Grammy winner Bone Thugs-N-Harmony is scheduled to perform at the Mall Of Asia Arena on September 5, 2018 produced by Ovation Productions. The popular American hip-hop group worked their way into the music industry from the Glenville section of Cleveland, Ohio.

They are best known for their fast-paced rapping style and harmonizing vocals. In 1997, the group was awarded the Grammy Award for Best Rap Performance with their song, "Tha Crossroads". Since its conception in the early 1990s, the group has been honored with other numerous awards. Bone Thugs-N-Harmony is also the only artist to do collaborations with Eazy-E, Mariah Carey, 2Pac, Notorious B.I.G., and Big Pun. This legendary rap group is broadly recognized as one of the most successful hip-hop acts selling more than 50 million records worldwide. 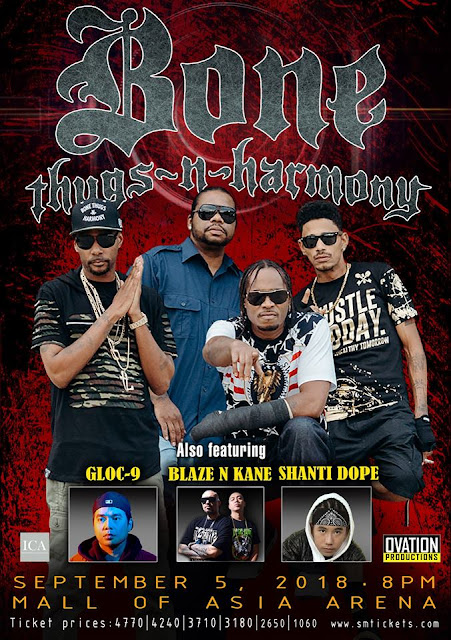 Other Bone Thugs-n-Harmony chart-toppers are Thug Luv, Days of Our Livez, I Tried, 1st of the Month, Ghetto Cowboy, Thuggish Ruggish Bone, Mo’murda, Look Into My Eyes, Breakdown, If I Could Teach The World, Notorious Thugs, Foe The Love of $, and East 1999. 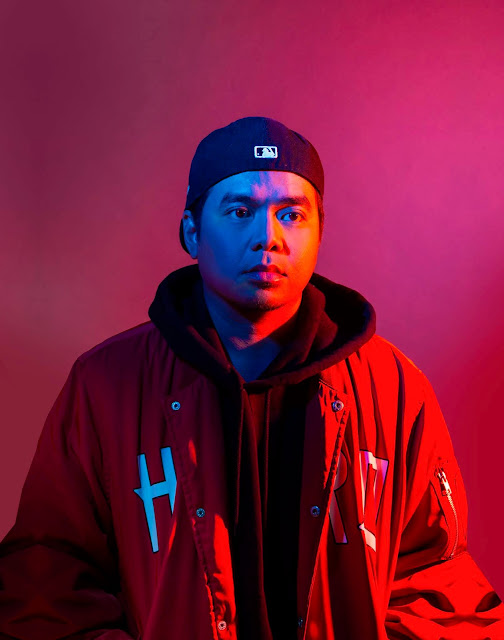 on July 31, 2018
Email ThisBlogThis!Share to TwitterShare to FacebookShare to Pinterest
Labels: Everything Arts