What happens when the person you love breaks the feeling of security that you have? Do you stay or do you go? What if that person has been overall good save for the times when he gets pissed and just leaves you alone, like literally leave you to fend for yourself, alone, at night? 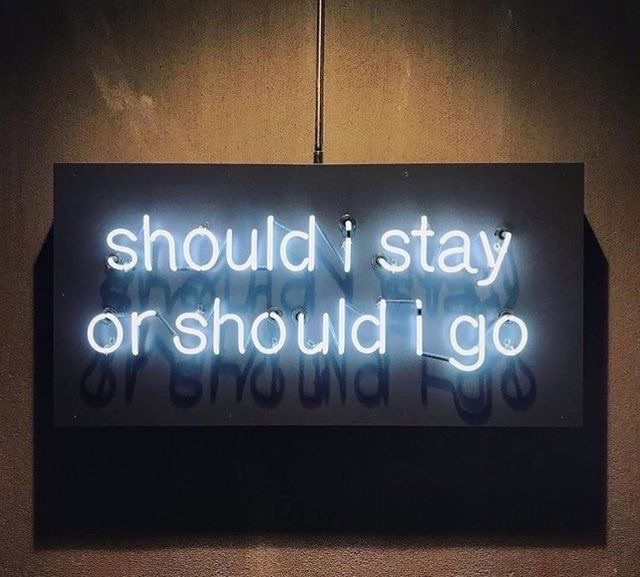 This has been the question that has been on my mind since 8pm. You see, for the second time, M left me alone to get home by myself. We had a spat and he said things so I said things. He did his normal non-apology which I have expressed disgust for so many times. You see, a sincere apology matters to me and when I receive and apology followed by reasoning, it just doesn't feel sincere. It still comes off as the other person making excuses for their behavior.

I just need an apology.

We can talk about the reason behind your attitude later on but at the moment you are apologizing, stick to "I'm sorry I hurt you. It was crappy of me. I'm sorry." Plain and simple. No buts ... no because ... no whatever.

Since that didn't happen, I didn't budge and remained annoyed. A part of me hoped that he would keep his word that no matter how bad things get, he will never leave me behind again. We had that agreement. I really hoped he would keep it.

He didn't. So this happened.


TL:DR - - - I was harassed 2x on 2 separate occasions on my way home, walked for an hour under heavy rain, got drenched, dried in the bus due to an aircon while standing in a 2 hour drive on my way home.

I posted in a joking manner. I wanted to make people laugh so I'd laugh about my misfortune because I really, really wanted to cry. It seems that no matter how much I love someone, that someone is capable of leaving me behind.

My friend T said that there really are guys who become cold and heartless when they get mad. He asked me if it was something I can live with and I said no. I didn't want to worry everytime M would get mad. I didn't want to worry if this would be the time he leaves for good. I deserve to be with someone who can guarantee that they would never leave no matter how shitty things get. I didn't deserve to get left behind.

I want to cry but I refuse to. I might not stop if I start.

All I know is that right now, I'm hurting and I'm hurting badly.
on July 20, 2018
Email ThisBlogThis!Share to TwitterShare to FacebookShare to Pinterest
Labels: Relationships