the boys and their songs 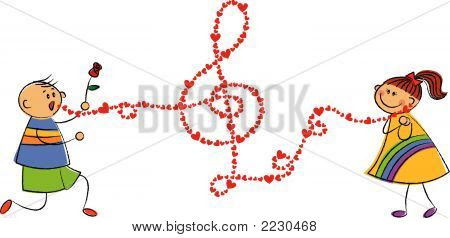 I am a music lover. I sing out of the blue. I sing when I'm not doing anything. I sing in my head during epic moments of my life. Yep, I'm weird that way.

Say for  example, I was getting dumped last year and at the back of my head, I was singing "All Behind Us Now" by Patti Austin. I relate people or events to songs. I'm wired like that.

Someone I'm starting to truly care for dedicated a song to me and I love that all the lyrics of the song were really nice and it seems meant for me. It wasn't just a stanza or a line  but the entire song. Due to this post, it made me think ... what are the songs of  the men that have passed by in my life? And so ... here they all are.

You and I  was our theme song. He didn't want a cheesy, new song but something that rarely plays on the radio and something that holds true for every lyrics of the word. Eveytime I hear this song, I still feel a pinch and that was 13 years ago.

I Will Be Here was a song playing one time after I just finished with my volleyball practice. He would watch and make sure no boys would go near. He was a jealous boy. After the practice, he hugged me and showed me a songbook. This song was there. He told me to read the lyrics and said that it would be our wedding song. Yes, he wanted to marry me. I cried.

When You Say Nothing at All - JP was a guitarist and a choir person. We met through KM (his song will be posted in a bit) and we ended up being together for almost 2 years. He would sing this song to me and I would be the back up vocals. We've performed for other people with this song and I love how he would look at me when we hit the chorus. Our story is here.

You Won't See Me Crying - Pretty bad song for a love story wouldn't you say? Ours was short lived and bitter. I am pretty happy that now, KM and I are at least FB friends. We don't say hi and hello but at least, we don't hate each other's guts. He led me on and I broke his heart. Hence, the song.

Say It - Now this is the exact opposite but either I was just dense or V was really the insensitive jerk I thought he was. Looking back, I just wasn't a priority to him eventhough we have been dating exclusively and he kept saying he wanted to marry  me. I was an option to him at that time and I'm not good with being an option.

To Be With You - And here ... this song that makes my heart ache because I let him go ... because no matter what, I will never go back to him because he deserves better ... and I am not it. R was the man. He was sweet, romantic, I was his priority, and he was faithful to a fault. He loved me. No, he LOVED me. He sang this song to me in the car and I knew he meant every single word. It wasn't him trying to be cheesy or cute. He meant every single word. Unfortunately, I wasn't ready to be loved that way. Now, I yearn to be loved that way. Our story is here and this is the letter that still makes me shed tears.

He's getting married soon. Lucky girl whoever she is.

I Don't Wanna Know / The Reason - The father dedicated this to me. He kept insisting that I was playing him. In truth, he  played me like a harp player plays his hard. Him, I hope to forget all melodies and lyrics.

How Did You Know - JB said this was his song to me. Looking back on our story, it was with too much baggage. I know now that he was serious about me and that he wanted me to be the one. Unfortunately, I have too much paranoia and he flirted with someone else and when that can of worms opened, it was never  fully closed.

And now ... a new song pops out. And I hope that this new song will keep playing and be on repeat. As much as I love songs and how they affect me and have an impact on my life, sometimes, it feels good to just keep playing the same song over and over again. I hope I'd just always SMILE.

That's not too much to ask is it?
Relationships