As they say, some good things never last. Magnum Manila opened last year as a pop up store here in the Philippines and they said that they will close after a year. We all knew it but no one believed it. After all, why would you close this small piece of heaven? Everyone wanted a piece of it and 365 days is not enough to satiate our thirst for Magnum and its Belgian Chocolate.

Today, it was announced that by July 26, 2015, Magnum will officially close its door to the public. I could literally hear hearts breaking when this was announced at the press junket they had earlier. However, they are not going without a bang and to celebrate their more than one year of stay here in the Philippines, Chef Miko Aspiras and Chef Him Uy de Baron created some of the most sumptuous desserts you will ever taste.

This is the Make My Heart Melt. You pour hot caramel on top of the chocolate and it melts. It is actually quite fascinating.It has a magnum inside it and its really a sight to behold. I love the artistry involved with this dessert. 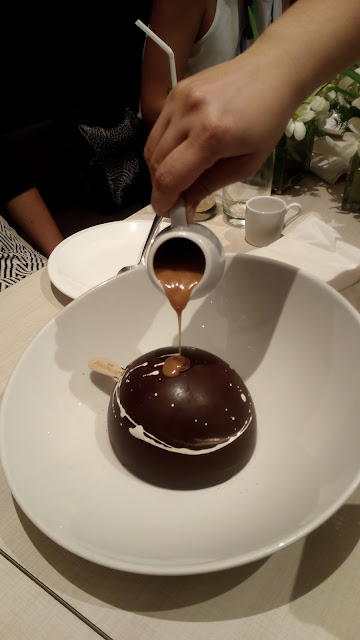 Now this one is the one that I fell in love with the most. Imagine a magnum bar coated with melted marshmallow. OMIGOD. It was so good. In fact, I didn't wanna share this with anyone at all. It was just so darn good. Did I say it was good? 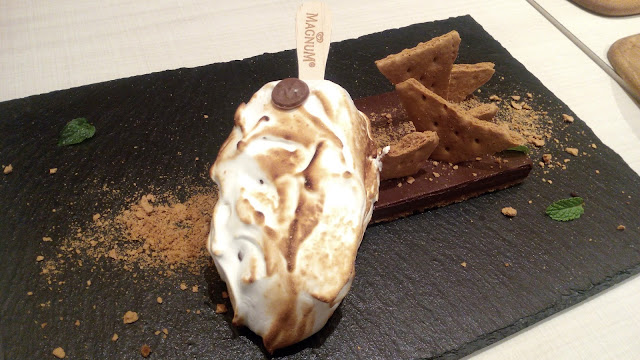 The others that were featured are the Crepe du Jour, Magnum Anniversary Cake, and the Magnum Popcorn.

It opened last APril 8, 2014 and now it will be closing in 5 weeks. It has been 15 months and they have consumed 3 tons of belgian chocolate. It is not too late so hurry up and get yourself some of these famous belgian chocolates. You can create your own or you can have a seat at the cafe and indulge in the creations of one of the best pastry chefs in town.

Magnum Manila is located at the 5F SkyPark of SM Aura. 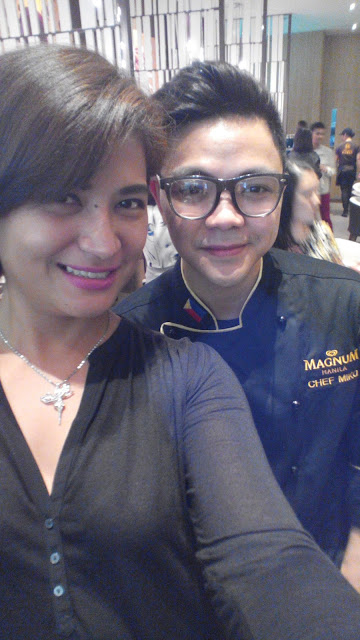 on June 17, 2015
Email ThisBlogThis!Share to TwitterShare to FacebookShare to Pinterest
Labels: Lifestyle and Events