a different kind of love ...

I have always been one of those girls who dreamt that their knight in shining armor will come and save them. I was one of those girls who wanted Prince Charming to come galloping and whisk me off into the sunset where we will live happily ever after in a castle somewhere far away. I thought to myself, if I had this, life would be perfect.

When I grew up, I realized that a knight was not what I needed in my life. I needed someone who knows I am not perfect and yet accepts the quirks and faults that is me. I thought I had met the man who fits the bill but when I showed him the worst version of me, he dumped me faster than a bolt of lightning.

Two years since that painful heartbreak and I have all but given up on love. I realized and accepted that perhaps there is no one like that in my life. It was painful to accept that reality but it is what it is.

Y is not perfect. He is far from it. He gets into mood and we would have fights that would last more than a day. For those who know me, they know that a fight that goes beyond a day for me is torture. However, he needs at least a day to brood and calm down. Y's life is a little messy right now and his dreams are taking him to a far away place. Day 1 of us meeting and I knew that he wasn't going to be in the country for long.

I knew this and I still went ahead and dated him. I thought to myself, it's just dating. It's not like we'd be together or in a relationship. I thought I had my emotions in check and under control. I thought wrong and boy am I happy to be wrong.

I am not perfect either. Y knows this and he accepts it. He said that there are things about me that frustrates him but he has learned to accept it for it is part of what makes me, me. This was music to my ears. Finally, someone I can just be me with. I didn't need to be perfect even for a moment. I can be who I am and he's okay with that.

4 months later, a lot of happy memories, a few fights and a lot of talking and learning about each other, we are finally together. I am happy. Okay, scratch that. I am crazy happy. I have this huge smile on my face that just sprouts without warning and I look like a fool in love. People say that I have this glow that just won't go away. Comments like "you're blooming" has become the norm.

He tells me that he feels happy when he's with me. He said that even before we became official, he was already thinking of making me a part of his future plans. He doesn't say the words I love you often (to be honest, its very rare that he does) so when he actually tells me he loves me, when he whispers it to me, it gives me goosebumps and it just makes me melt.

However, he is also leaving. YES, HE IS LEAVING the country soon and I need to accept that and support it with my whole heart because this is something he has wanted for some time now.

People tell me that it will be hard and I know that. Some of them even seemed pretty surprised that he would be leaving so soon and just after we became official. Honestly, I was never a fan of LDR but as they say, people change and when you meet someone right, it just flows.

He has been so supportive of what I do since the first day we met. He constantly pushes me to be better and he makes me feel and believe that I can be more than what I already am. He makes me feel like I can be what I want to be, and that nothing is too high or impossible. It's an amazing feeling. 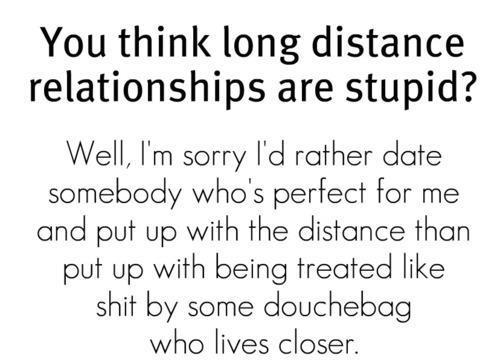 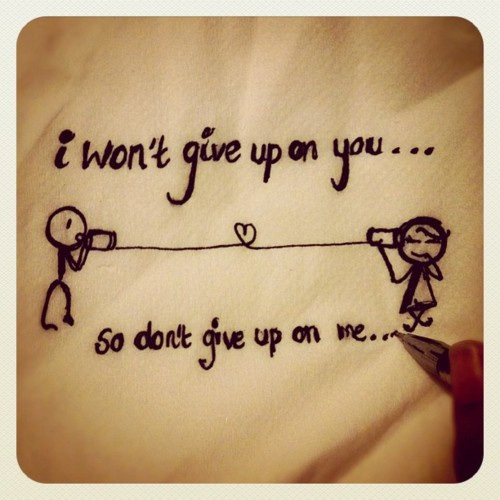 I hope he remembers. 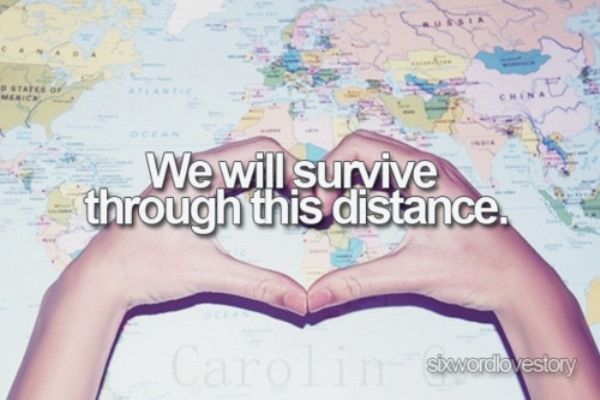 I will piss him off; this I know for sure. I will do things that will make him upset and make him think "what was she thinking?" This will happen for I am not perfect. I will be jealous and I will be insecure and he needs to accept that. He needs to remember to reassure me and in turn, I will do what I can to ensure he will never have a reason to doubt me.

I will never disrespect him though. I will not cheat on him and think I can get away with it. I will work hard to make this work and if it doesn't, I want it to be for a good reason and not because there was a lonely night where I didn't think straight. I will always give him the value that he deserves because he is a great person worthy of being loved.

I have no experience with long distance relationships. In the past when there was an attempt, I have always been too quick to jump to conclusions and I have always been too insecure to survive one because I needed constant affirmation and assurance. I'm trying to be brave and mature now but I know that I will falter at times. Since I have learned to love myself and recognize my value, I no longer need too much affirmation but a reassurance here and there still matters. Now, should I doubt, I will choose to have faith. If we cannot have faith, then we have nothing and I refuse to choose nothing.

"I want you to know that there’s a 50% chance that this won’t work, that one of us will wind up hating the other. I will try to keep your head above water, but sometimes I’ll need help, too.

I can’t be your savior, and I don’t expect you to be mine. Just watch me unfold and I’ll watch you unfold, too. We’ll get drunk and tell each other everything. I know that’s cheating but maybe it’ll be alright. Maybe we won’t wake up embarrassed.
I am going to fall in love with you, too, feet first. Maybe we’ll slow dance off a building together, maybe we’ll have forgotten each other’s names by this time next year. I don’t care, the sky is gray with or without you, so I’m not going to look up anymore, I’m going to look ahead."  Source
To you Y,

I don't know what the future holds for us. When we first had a cup of coffee together, I didn't know that it would lead to this. All I knew at that time was you were interesting and you were not intimidated with me. I'm glad that I still do not intimidate you. I'm glad that you let me run free and that you run with me with as much wild abandon as I have. I just hope that while we both are pursuing our dreams, somewhere along the way, our paths will keep on crossing until we reach the end and in that ending, it will be you and me holding each other's hand, ready to say "hey, wanna have that cup of coffee with me again and start a life together?" 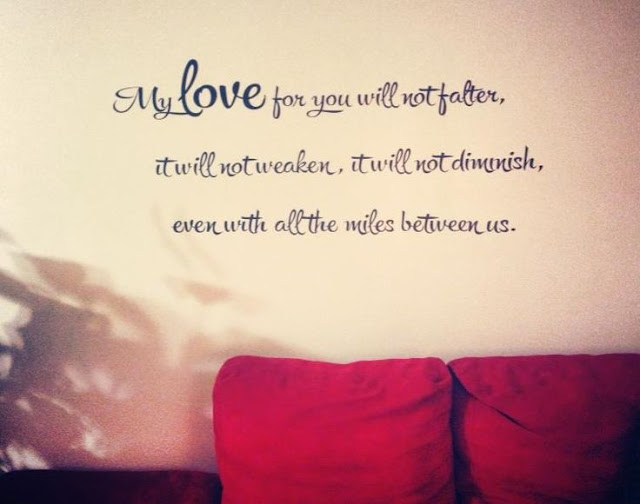 I look forward to seeing you again ...
on June 24, 2015
Email ThisBlogThis!Share to TwitterShare to FacebookShare to Pinterest
Labels: Relationships