Upon getting to Black Sheep, this is what greeted me. I have to say that the place was pretty impressive. Fine, it was very impressive. I really liked it. 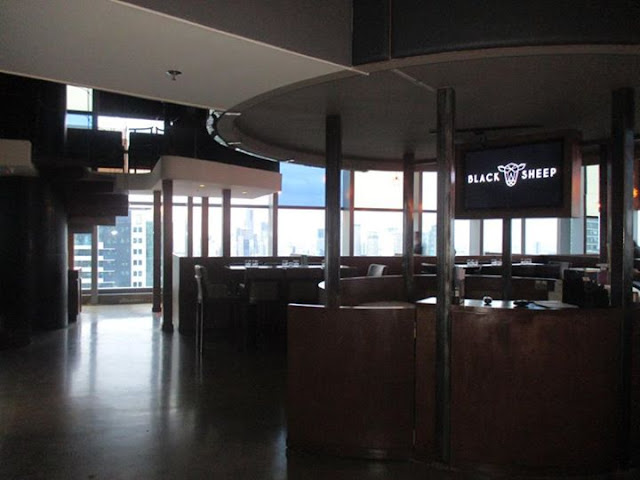 When we got to our table, I was surprised to see that our menu for the night was personalized. It was a very nice touch and I just had an inkling that it was going to be a really good date. 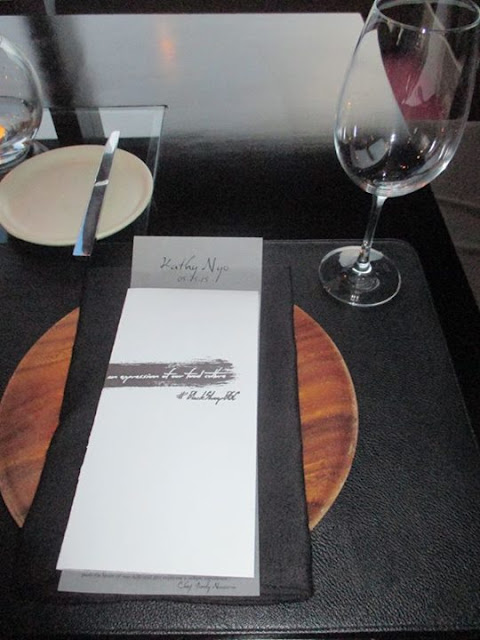 This was the view that was facing us when we got to our table. 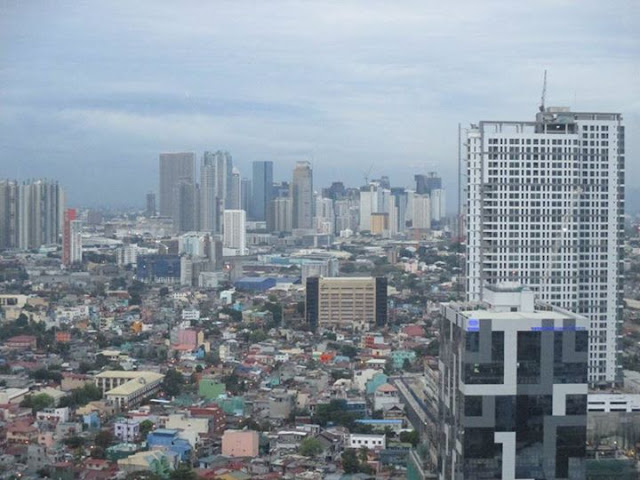 At night, this was the view. I had to borrow from Anton Diaz because by night time, I was too busy talking to my date that I had no time to snap a photo. 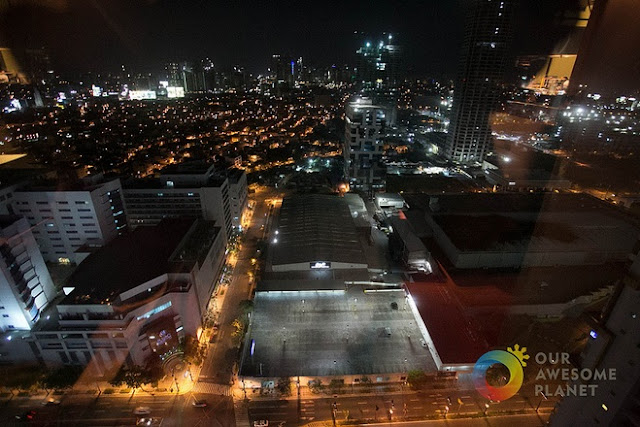 Some of the dishes we had that stood out for me were the following: 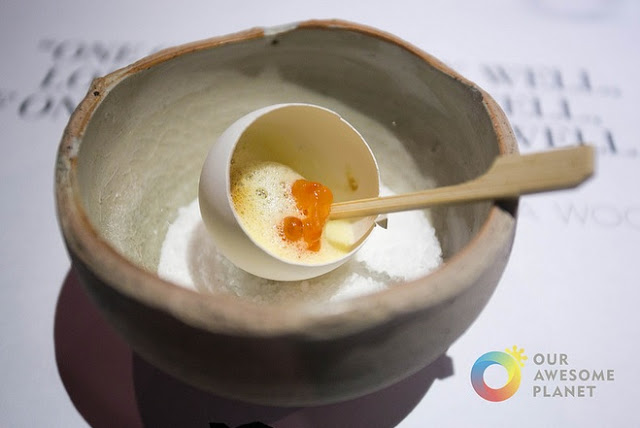 This is the Chicken and Egg which is a deep fried chicken fillet with dark beer glaze orange mandarin foam topped with salmon roe. It was so different. I liked it but up to now, I still don't know why. The soup inside the egg was a little tangy and it was like eating a small chicken fillet that was dipped in some really tasty chicken stew. 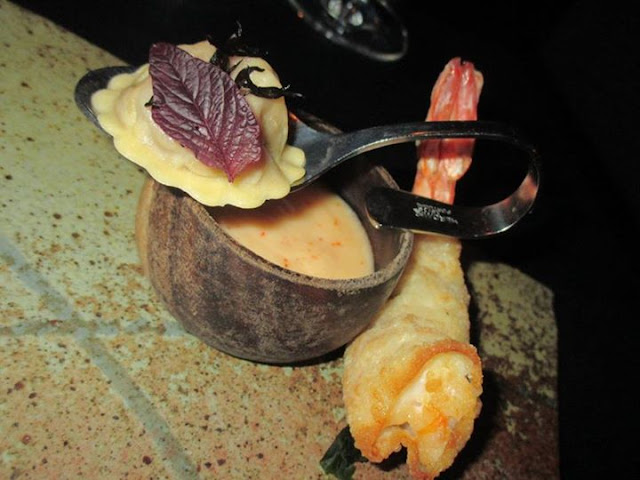 I fell in love with this. The Prawn Duo which consisted of prawn dumpling on the spoon with peanut and coconut broth inside partnered with fried prawn roll with prawn head mayo. ACK. THIS WAS SO SO SO AWESOME. If I could have asked for my date's plate, I would have haha. It was just soooooo good. 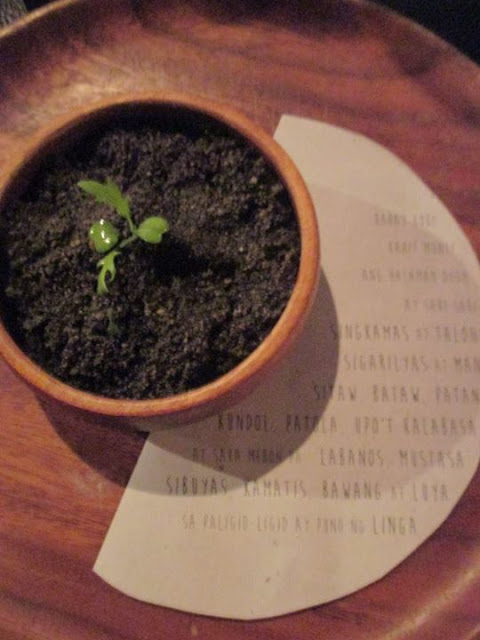 Next on my list is the Bahay Kubo. This was truly something since I can definitely say that this is the first time that I have eaten something like this. When it was first served on the table, I thought to myself "what's the potted plant for?"

It turned out to be a salad with 18 kinds of veggies in it. All the 18 vegetables in this salad are part of the song Bahay Kubo which makes it even more interesting. As for me, this was good enough for me to finish the entire thing. The black stuff on top is actually grounded eggplant. It seems I like eggplants when they are beaten to a fine tiny pulp. 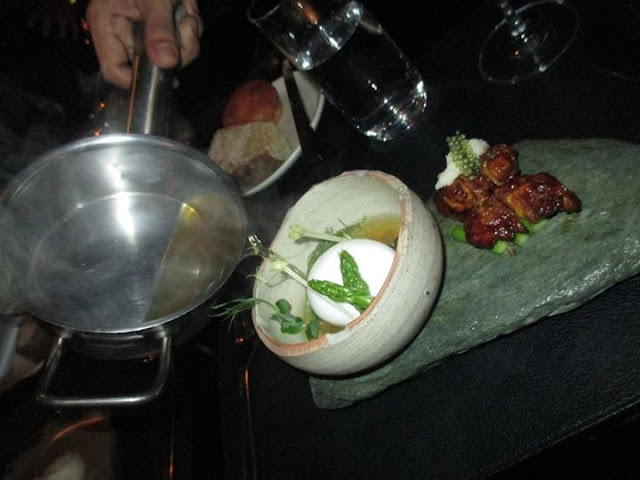 The main course that I had was the Grilled Eel. It was okay but I realized that I am really not a fan of eel. I was still able to finish this though so it had to be pretty good and for those who love eel, I'm sure that this would be a hit for them.

The grilled eel was served with radish and kabayana zest which is a local lime from Mindanao. It also came with a bowl of poached egg and asparagus, seaweed tapioca and fish broth. I liked the soup more than the eel.

After, they served my dessert and the presentation for my dessert was just awesome. My date was actually envious haha. 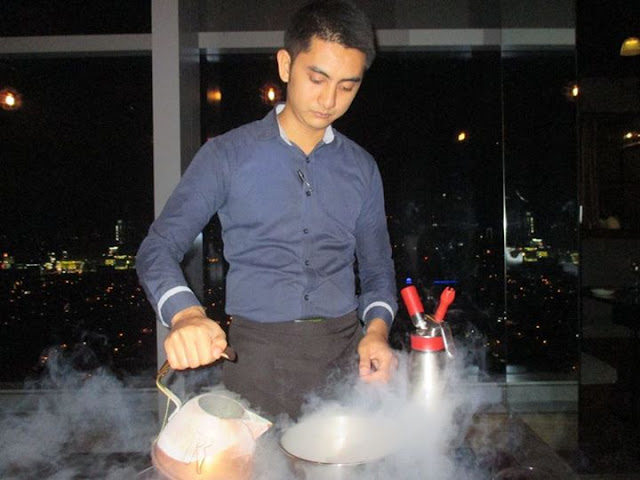 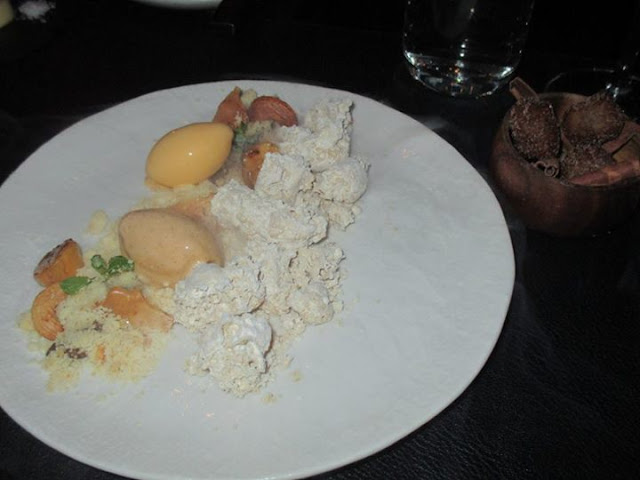 This is the banana cashew cream with caramelized banana, popcorn, and brown sugar ice cream topped with  beer butter mousse and they used liquid nitrogen for it. This was more of a novelty than anything else for me. I took delight in how it was presented but for the taste, I really don't care much for anything that has liquid nitrogen. Still, props to the presentation. 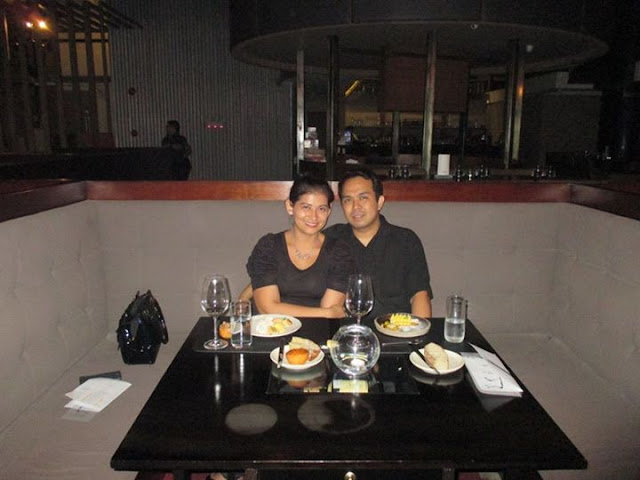 Thank you R for a wonderful first date. I had so much fun talking and discussing things with you. It really was a memorable night and I look forward to possibly hanging out again once you get back from Chicago. Till then ...

on June 03, 2015
Email ThisBlogThis!Share to TwitterShare to FacebookShare to Pinterest
Labels: Food and Drinks, Relationships