Bag of Beans in Twin Lakes

Bag of Beans has always been one of my favorite spots in Tagaytay. I love that it feels so cozy. The rich, dark colors were always soothing to me so when my brother informed me that they have a new branch opened in Twin Lakes, I immediately added it to my list of places to go. Last week, I finally had the chance to visit it.

This is the front door. It's so welcoming in its pristine white colors. I also love the little details they have all over the place. The colorful hat was just too cute. 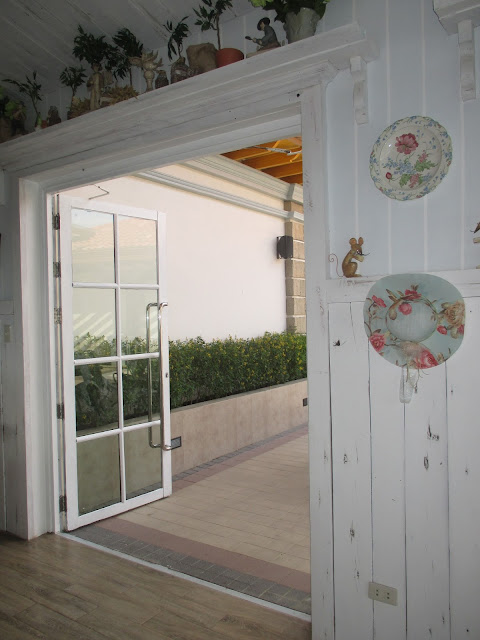 You may also dine al fresco though I'm not really  a fan of it. I feel that dining with flies is not the best way to go. However for those who don't mind it, Bag of Beans has a pretty set of tables and chairs set outside. 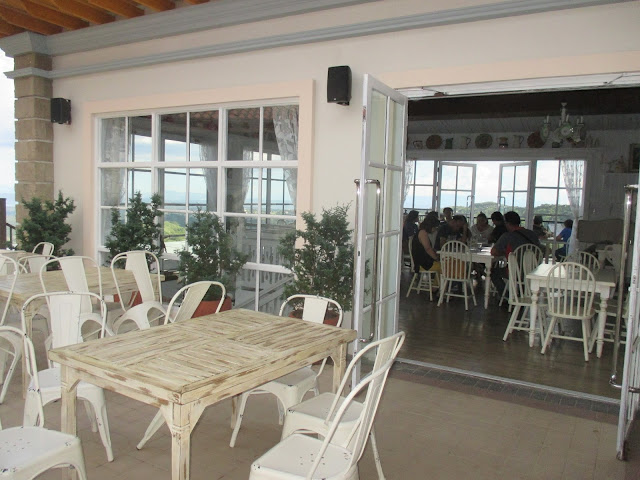 The Bag of Beans at Twin Lakes has two floors. I stayed on the first one instead of the basement simply because it was full downstairs already. 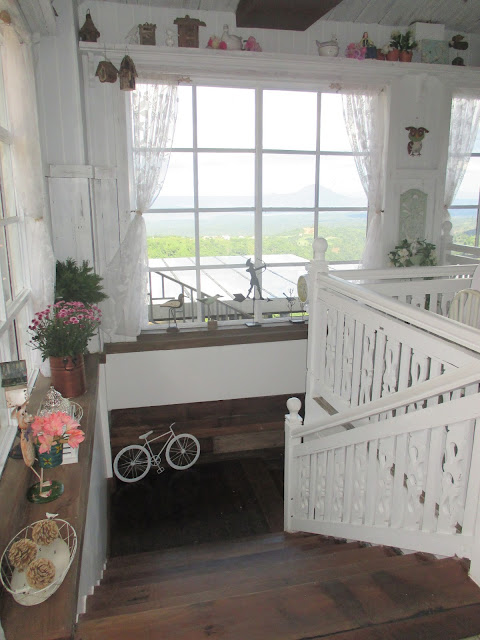 I had the pumpkin soup for my starters. It was pretty good. It was creamy and not overpowering. It also had bits of cinnamon from what I tasted which was perfect. 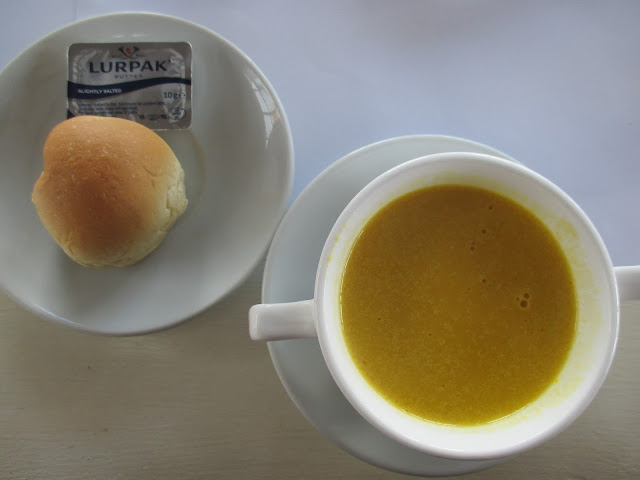 This was my view while having my soup. 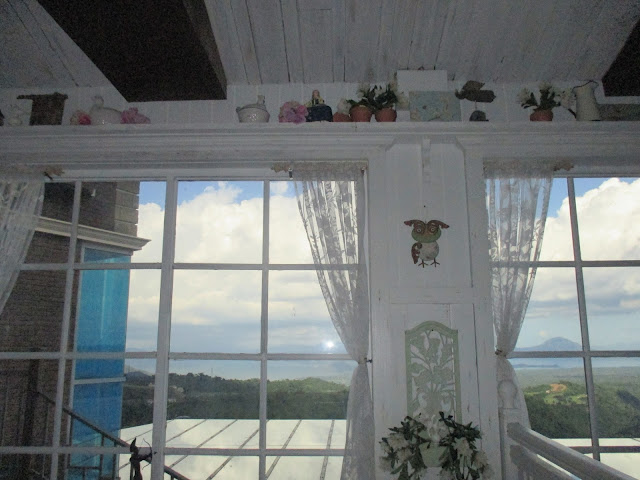 I also had their famous apple pie and it was pretty darn good. However, this solidified the fact that I really am not a fan of apple pie. I haven't been the first time someone gave me on when I was 20 and 15 years later, I'm still not a big fan. 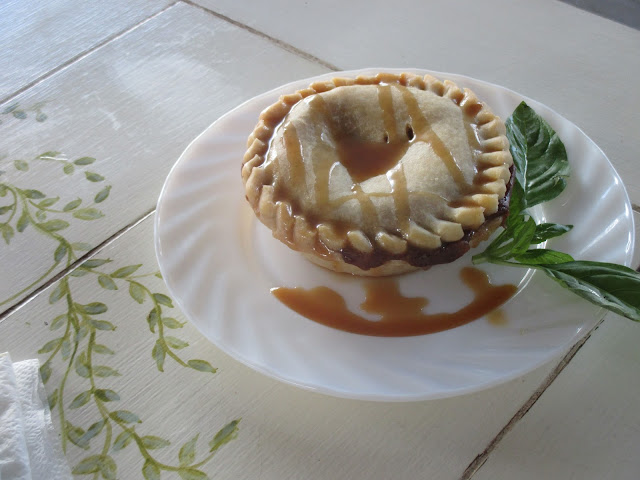 Now this Norwegian Grilled Salmon (Php430) was a WIN! It was sooo good that I ended up eating the entire thing by myself. Yep, no sharing here. 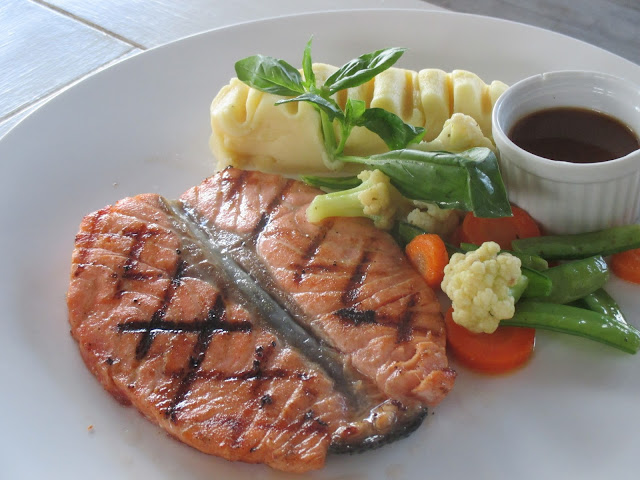 For those who would like to see Taal Lake, there are also chairs set outside. This is a good spot as long as it does not rain. When it does, better run inside because there is no roof to cover the area. 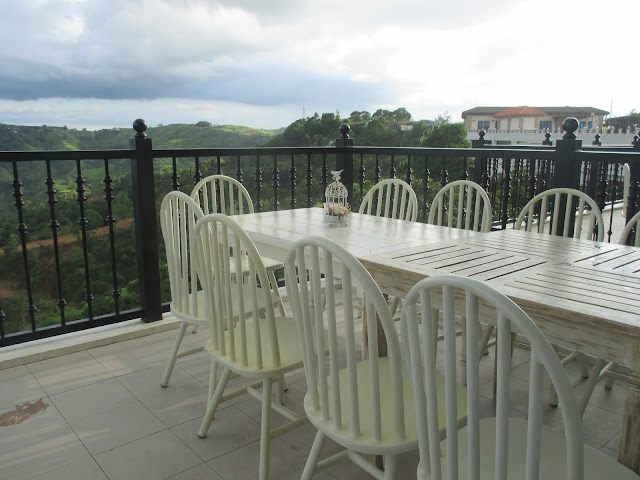 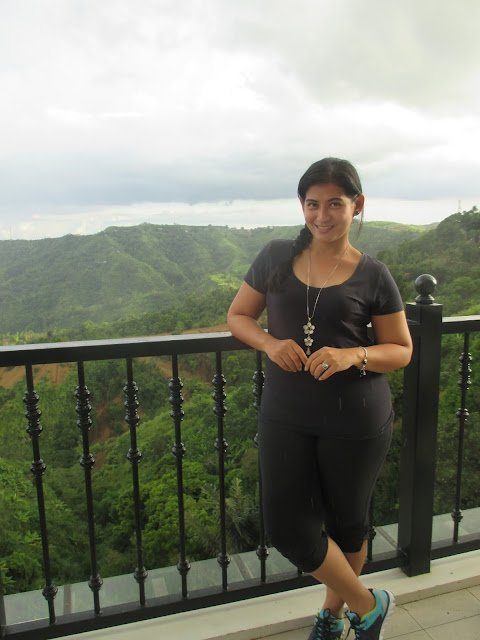 They also have a pasalubong center inside the cafe where you can buy Tamarind candies or pastillas candies. BUY IT! It's worth snackin on on the way home. 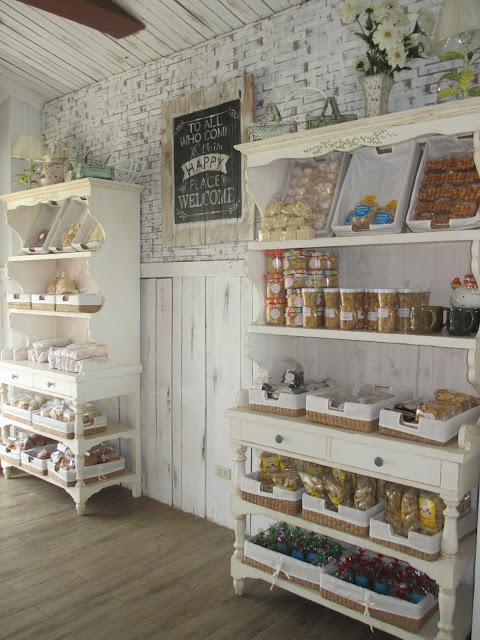 on June 16, 2015
Email ThisBlogThis!Share to TwitterShare to FacebookShare to Pinterest
Labels: Food and Drinks