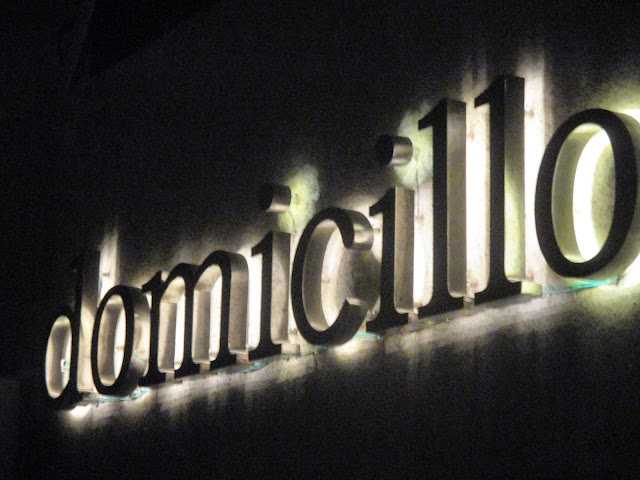 I first heard of this place from my brother. He told me to go ahead and visit it because the view was spectacular. I finally got to visit it but unfortunately it was nighttime and so there was no view to see anymore. However, I went ahead and gave the place a try since I was already there.

Domicillo has two restaurants but I opted to go for La Finca which is their Filipino restaurant as opposed to the one on the 2nd floor which is a Japanese place. I just wasn't in the mood for ramen that night. 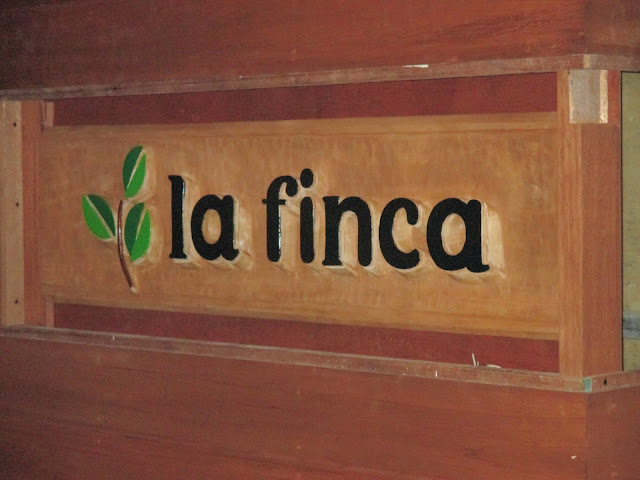 I love the exterior of the place. It looked and felt very welcoming. 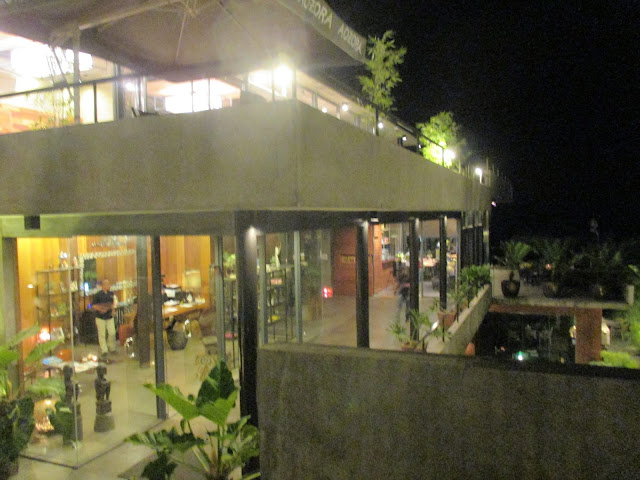 This is the entrance to La Finca. On the left, there's a stair going to the Japanese restaurant. 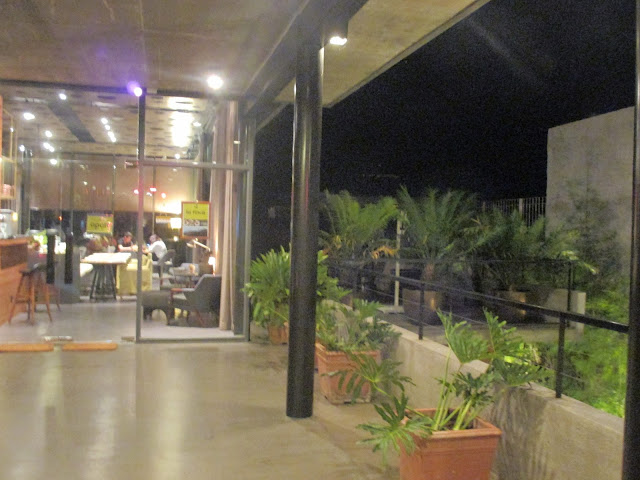 There is also an area for al dresco dining should you want to bask in the chill of the Tagaytay weather. 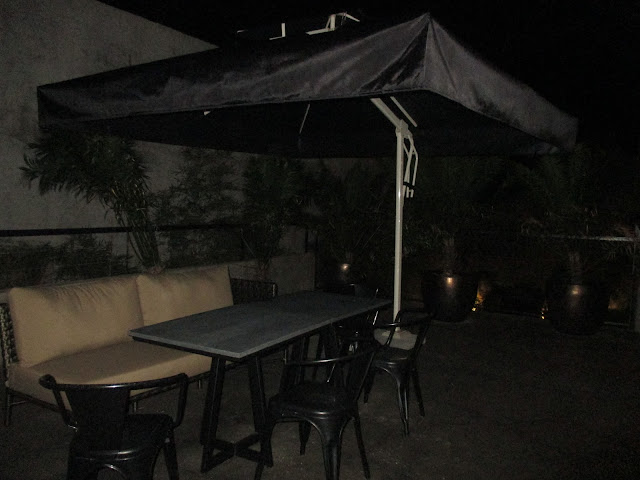 Inside it is very cozy. The place is actually perfect for a date place or an intimate gathering. 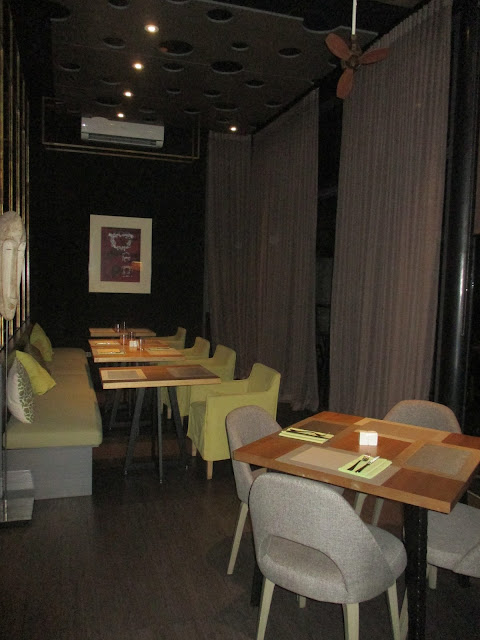 I tried their pesto with shrimp pasta and I liked it. It was pretty good but not outstanding. I missed the nuts that normally goes with it. La Finca's version did not have one but I did finish this dish so that says something. 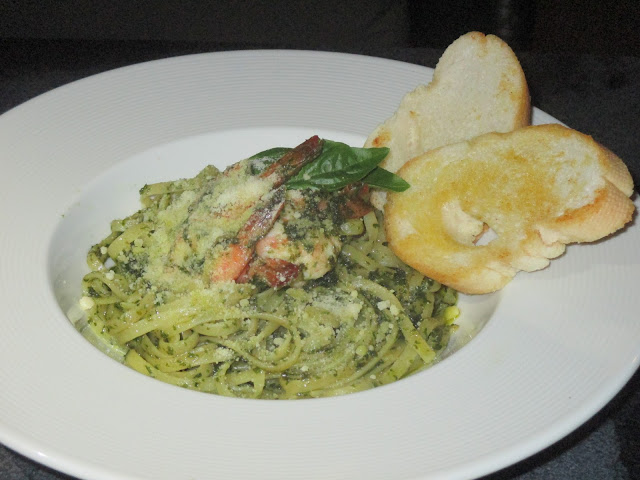 I tried this chocolate dessert which the manager said was KC Concepcion's favorite but found it disappointing. Maybe I just don't have an appreciation for desserts that have way too many taste that I could not identify or it just wasn't my thing but I found this one lacking. It has meringue, chocolate, pudding, and caramel among other things but I just felt that it was too much and too little all at the same time. 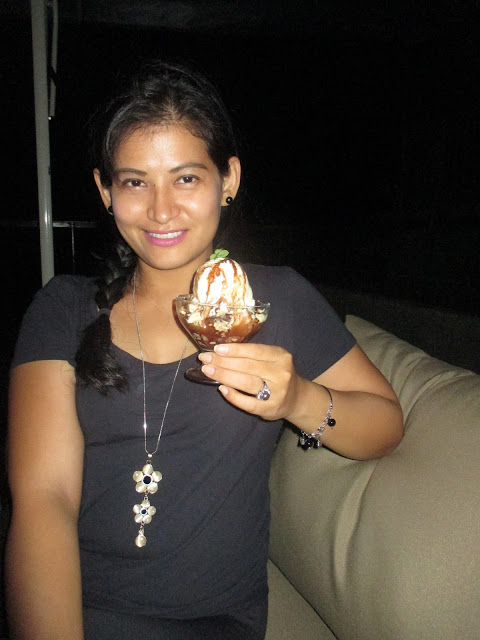 Would I recommend this place? It's pretty okay but I'd have to say that Pamana is a much better choice. 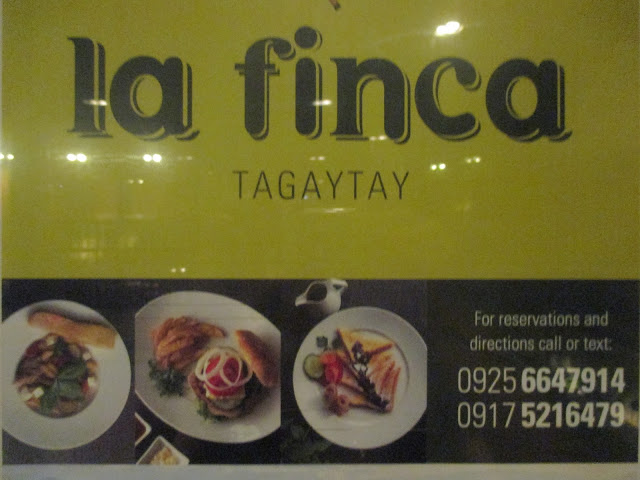 on June 18, 2015
Email ThisBlogThis!Share to TwitterShare to FacebookShare to Pinterest
Labels: Food and Drinks