This little nook caught my eye when I first visited Estancia in Capitol Commons a few weeks ago. Since it's situated along the sidewalk facing the street, you can easily spot it and the logo and name are very prominent which makes it hard to miss. I remember thinking to myself that I would definitely visit it should I find myself in Capitol Commons in the future.

Now I must have been good because someone actually referred me to a tasting event held here last Saturday and I was given the chance to try out their newest offering. Normally I don't accept food reviews anymore because I got so tired of the same food. However, I decided to give Eum-ma-ne a try even though it was quite far from my place. I just hoped that it would be worth my time.

We started with two appetizers. 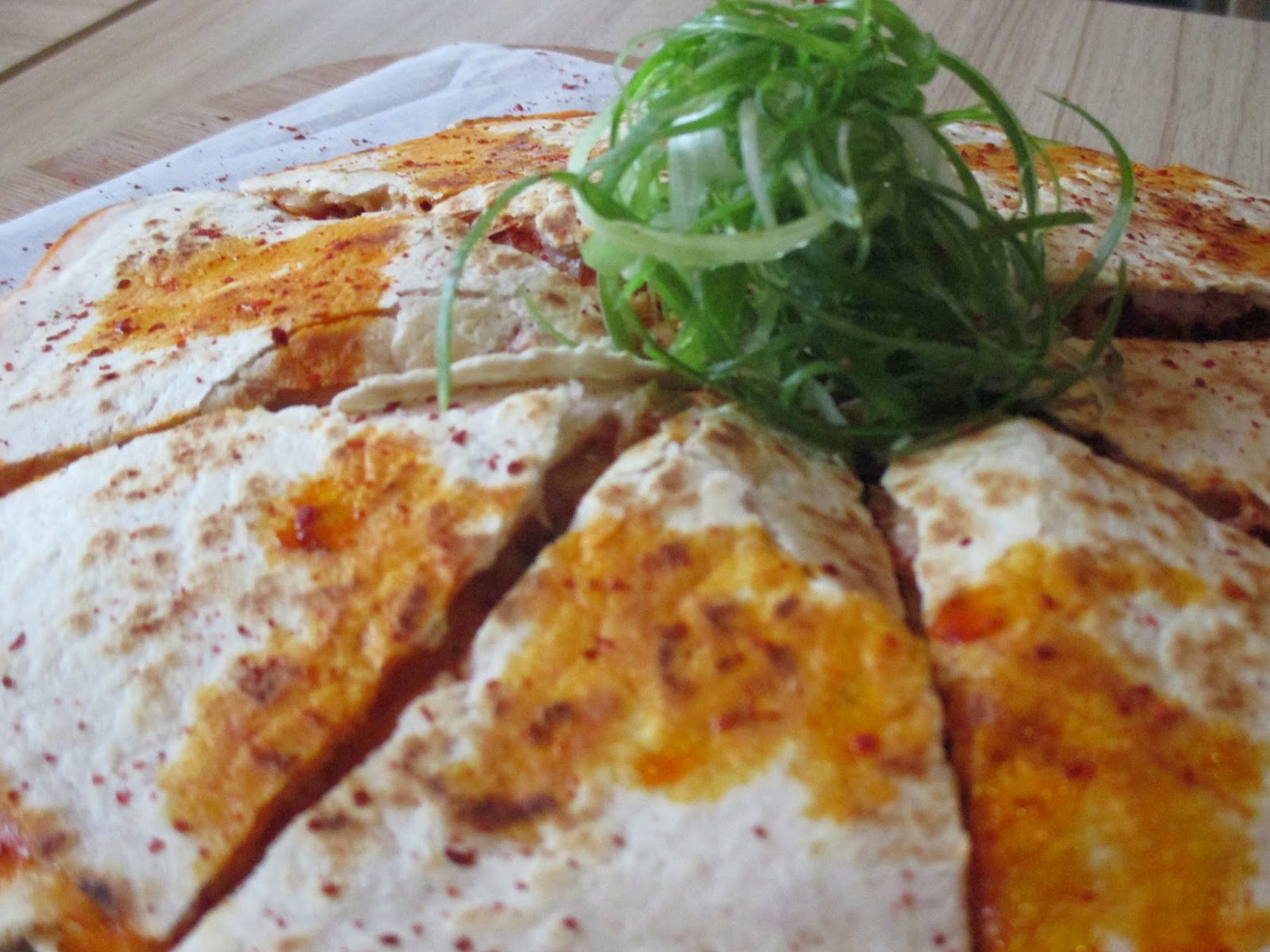 The Kimchi Quesadilla (Php395) is a Modern Korean take on the Mexican Quesadilla. It has the standard cheese filled quesadilla served with cilantro sour cream but this time it is coupled with kimchi and gochujang spiced tomato salsa.

I though that it tasted almost the same as your ordinary quesadilla except that there's a very slight sting because of the kimchi. It's a different take on quesadilla but nothing really mind boggling. 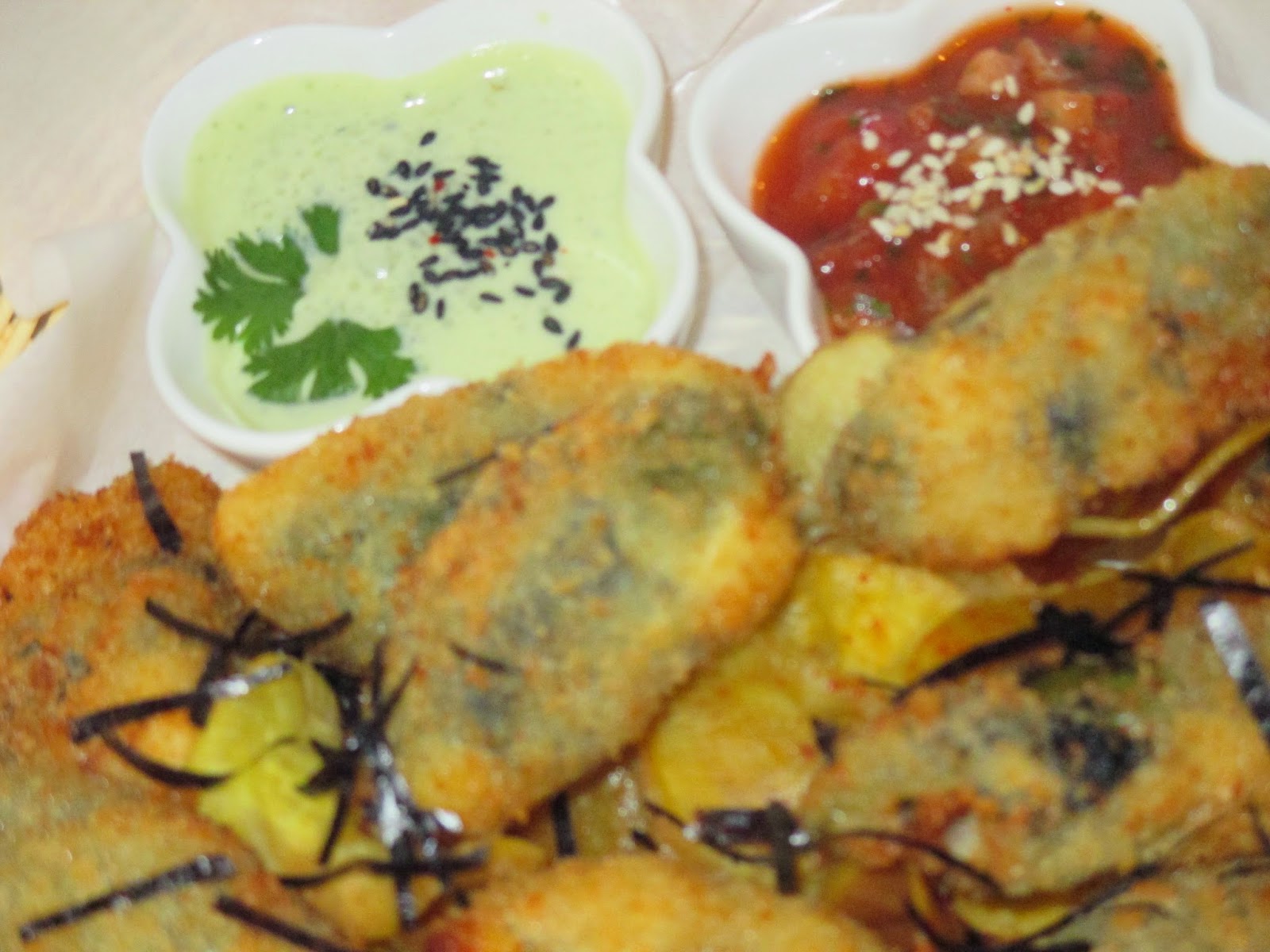 The other appetizer we tried was the Bulgogi Jalapeno Poppers (Php375.) Now this one had attitude. The zing from the jalapeno was more prominent but it wasn't "pour water on me NOW!" inducing so it was all good. I liked the fact that it had the traditional beef bulgogi and cheese stuffed into breaded jalapenos served with cilantro sour cream and gochujang tomato salsa and crispy taro chips. i preferred this over the quesadilla though I normally like quesadilla. 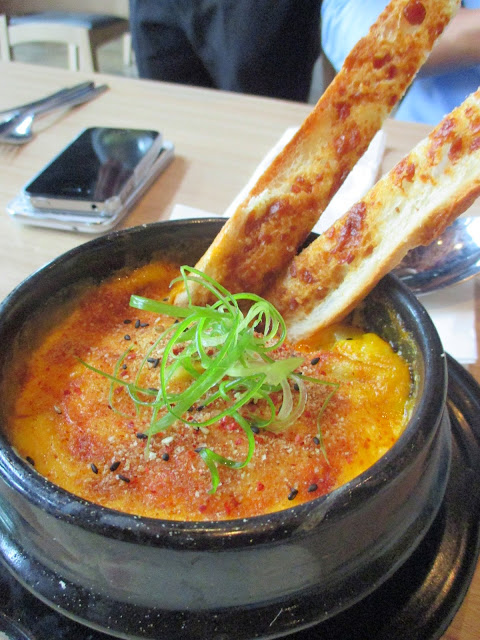 Finally, we moved on to the main dishes and we started with an American classic, the mac and cheese. Now Eum-ma-ne is all about being Modern Korean so they turned this into Baked Bacon and Cheese Mandu (Php355) which is Korean pork and vegetable dumplings smothered with a rich Mornay cheese sauce and bacon. This was served piping hot with miso butter crostini and may I just say that it was seriously DELICIOUS. I could definitely eat the whole thing by myself, thunder thighs be damned. Yep, I said it. I can forget about thigh gap simply because of this dish. 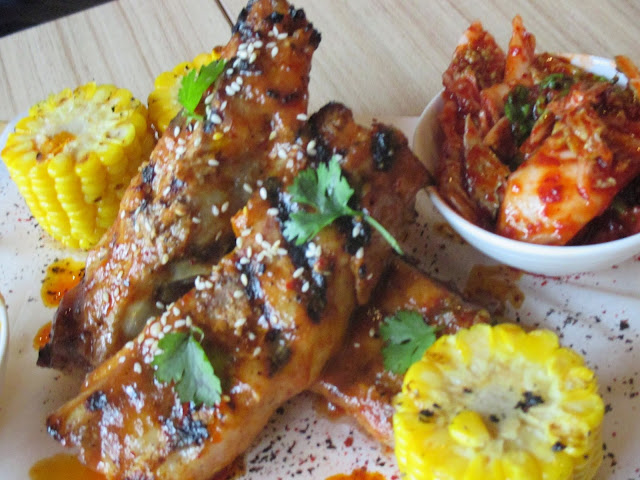 The next one we had was the Bulgogi Ribs (Php690) and I really wasn't too keen about this one. I'm not a fan of ribs and so I was ready to not be impressed. Boy was I wrong. The ribs were extremely soft and it literally just fell off the bones. Even the fat on the bones tasted good and I know this because I actually ate a part of it by accident and I did not feel the need to spit it out.

This was slow baked and grilled then doused with gochujang barbecue sauce served with sweet potato an Korean pickle salad, fresh kimchi salad, and nori dusted corn on the cob. Sadly, I was too focused on the ribs to pay attention to the corn which I normally would have devoured. 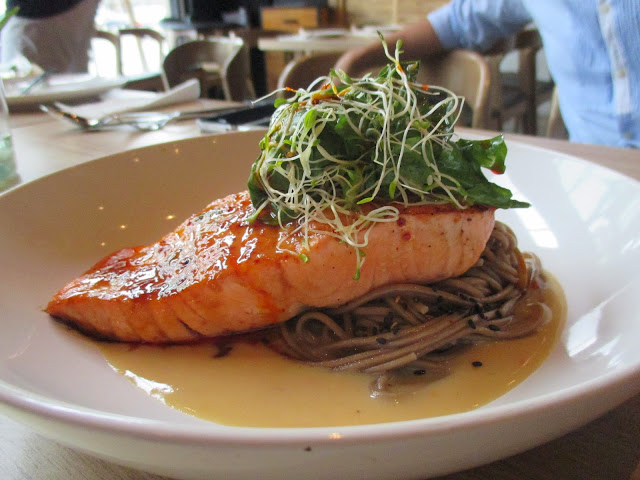 Now they also served us salmon and this is one of my favorite dishes so I had high expectations. I am very particular with how its cooked and the sauce that restaurants always put on top of the salmon so when this was placed in front of us, I was very happy.

The Honey Glazed Salmon with Momil Noodles (Php610) was HEAVEN. The noodles were just right and the soy milk veloute was the perfect partner to the pan seared salmon. 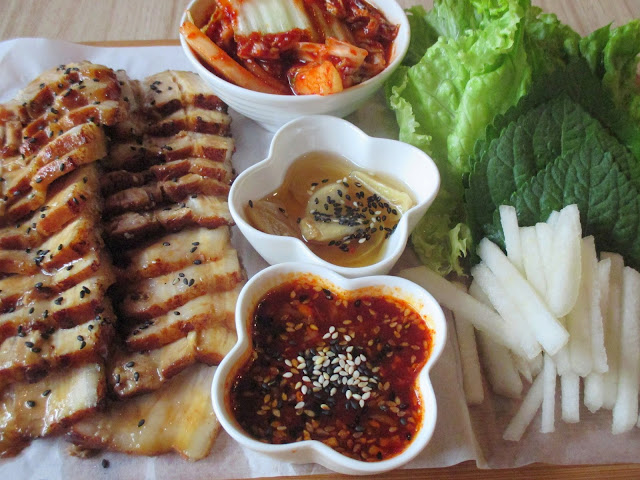 Finally, we had one of the traditional Korean meal which is the Bossam Pork (Php820.) Now this is a personal favorite of mine because I actually cook something similar to this at home. However, this was the first time I have tried it with a Korean pear and confit garlic sesame leaf. I can definitely say that the sesame leaf gave the entire thing a different taste but in a good way.

The pork belly was slowly braised then grilled and for those who would like to add more flavor, you can even add bagoong sauce to this lettuce wrapped pork. 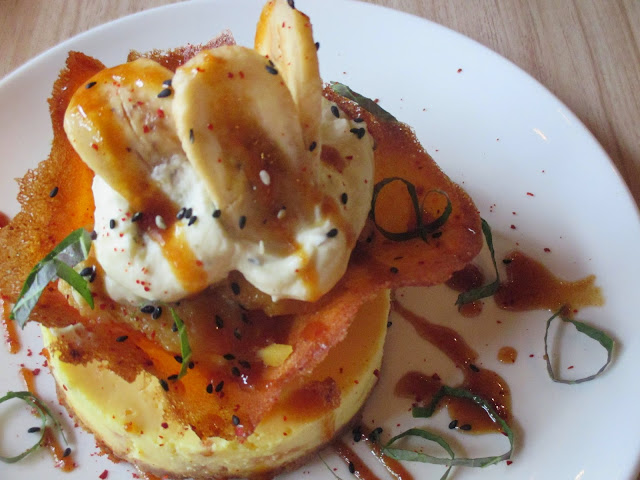 The Gochugaru Chocolate Brownie left me underwhelmed. For me the redeeming factor of this was the powdered chili; perhaps it just wasn't to my liking. 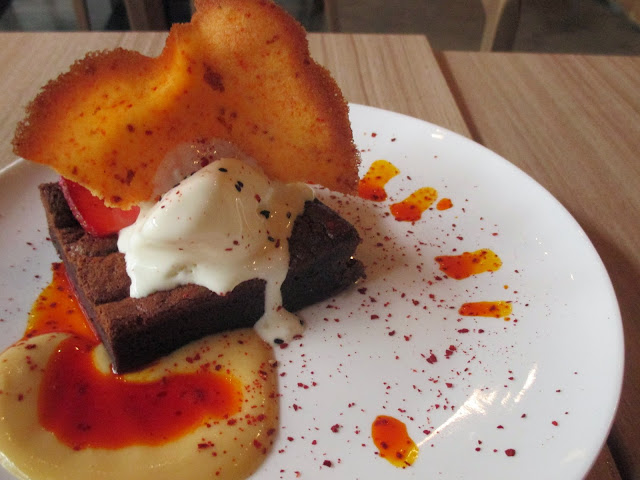 Overall, I was very happy with the food tasting event and I felt that my travel of 2.5 hours to get there was definitely worth it. Most of the dishes served had a very interesting twist which I enjoyed a lot. Eum-ma-ne definitely lived up to their claim of Modern Korea. 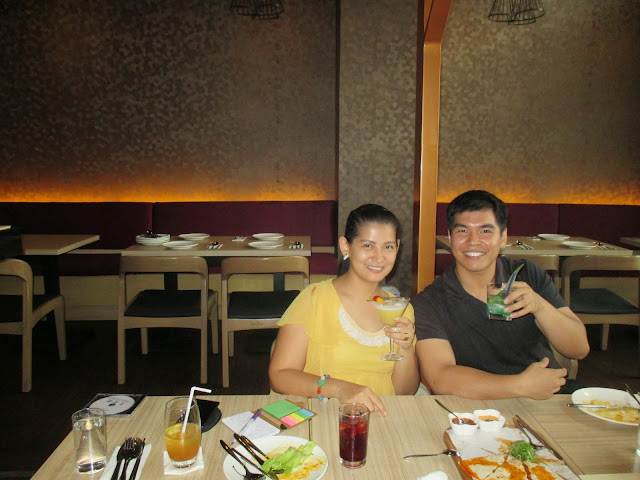 on March 22, 2015
Email ThisBlogThis!Share to TwitterShare to FacebookShare to Pinterest
Labels: Food and Drinks