A Taste of Thailand with Chef Ian Kittichai

When I saw the words Master Chef in the invitation, I knew that I would be crazy not to go. I have never tried a meal cooked by a master chef or even one where the recipe came from master chef so I knew that this would be a totally new experience for me.

From the press kit that was given to us, this was what I read.

Chef Kittichai will also host a public cooking demonstration on 28 March to be held at the Atrium of Eastwood Mall. Fans will get a chance to get up close and personal with Chef Kittichai, and taste his famed Grilled Beef Salad– one of the most popular dishes from his flagship restaurant, Issaya Siamese Club in Thailand. 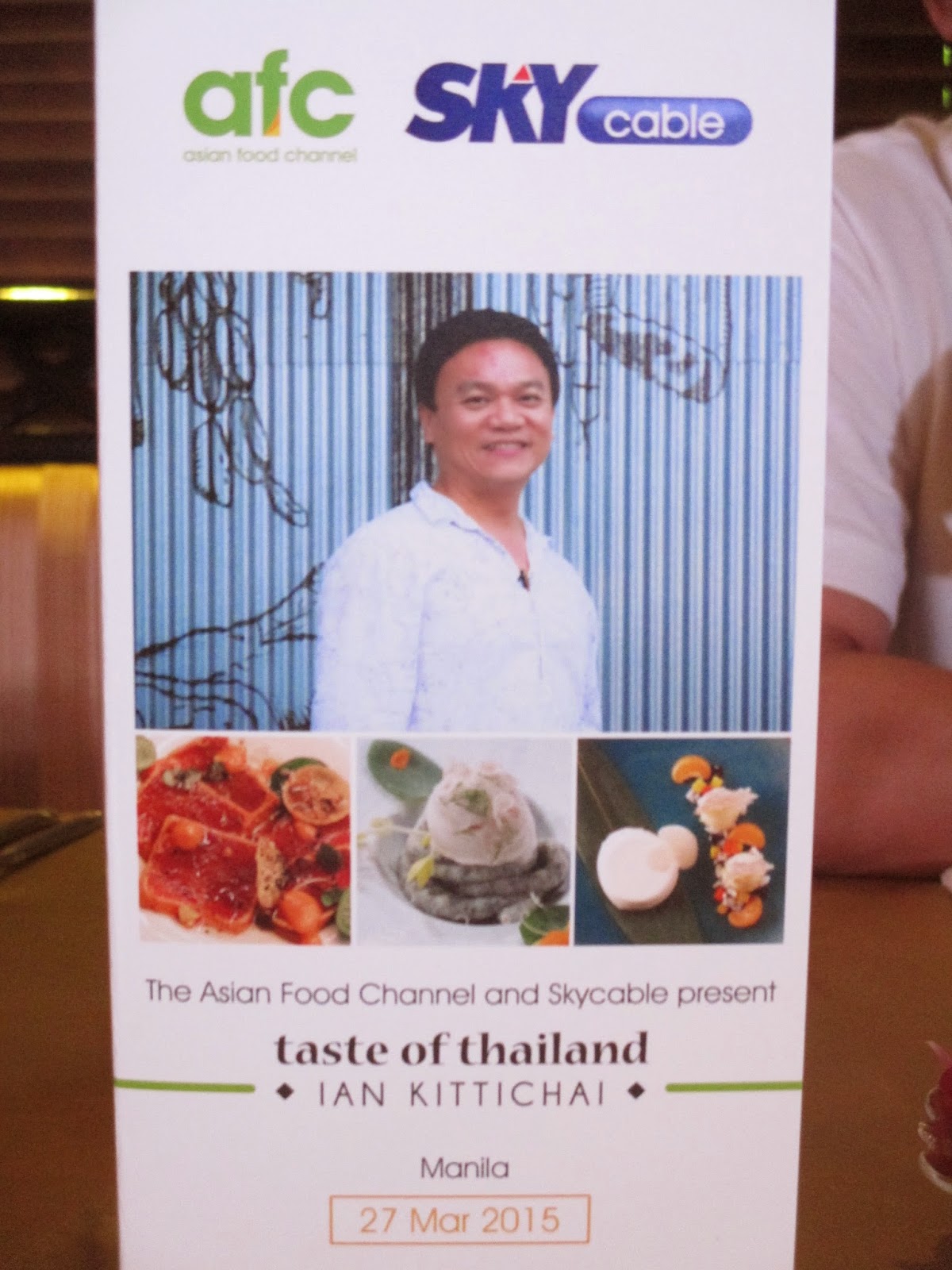 This is what we had in store for us. 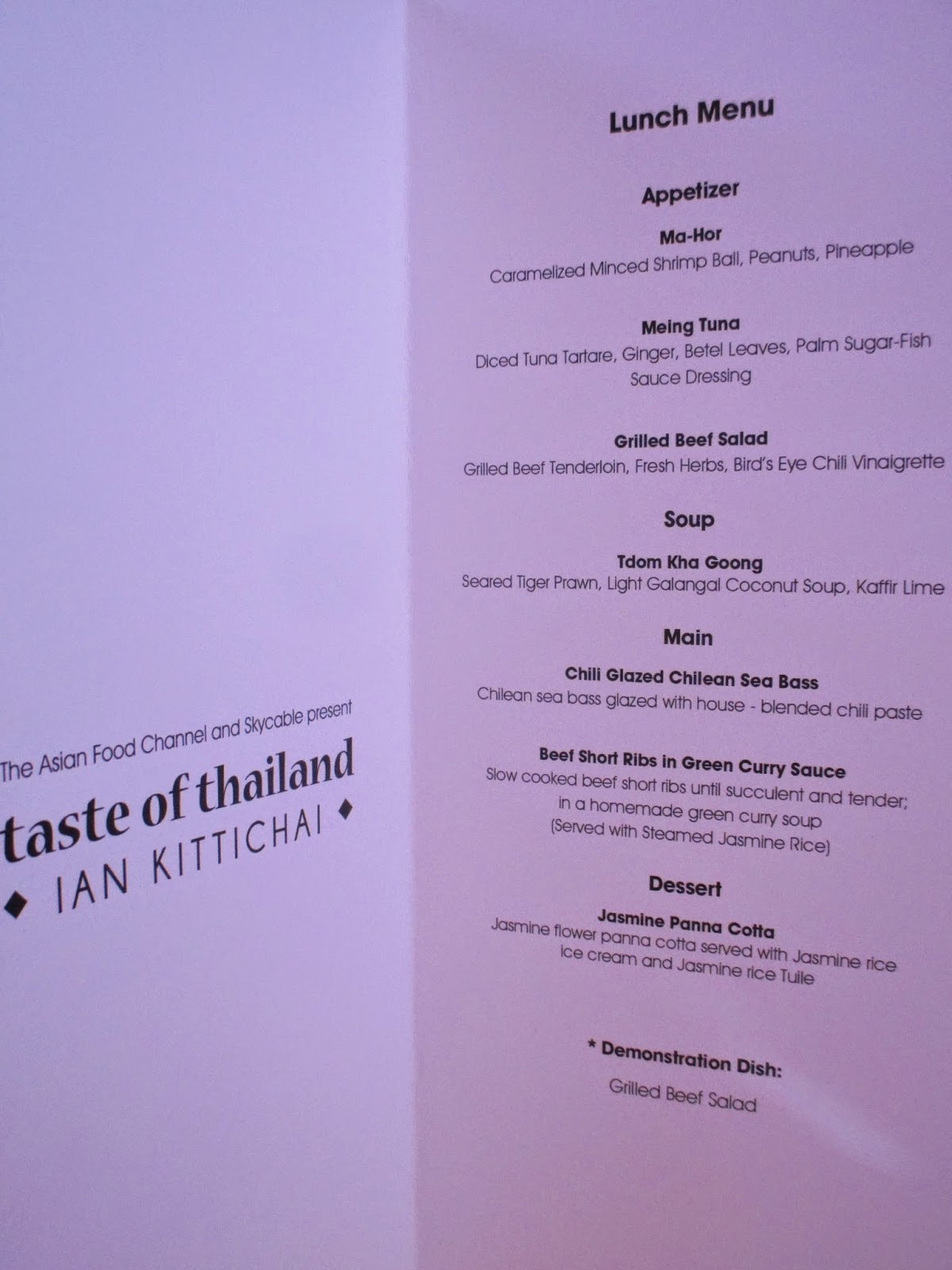 The event started with one of the loveliest hosts in the country, Miss Gelli Victor and that was already a hint for me that it would be one class act. After she explained what was in store for us, she called on Chef Ian Kittichai who was one of the most humble chef that I have ever met. He explained to us a bit about his background and then proceeded to demonstrate how to make Grilled Beef Salad.

I have to say that it is always amazing to watch the experts make a dish. They make it look so effortless and pretty. When I try doing it, it is almost always a disaster and definitely not pretty. 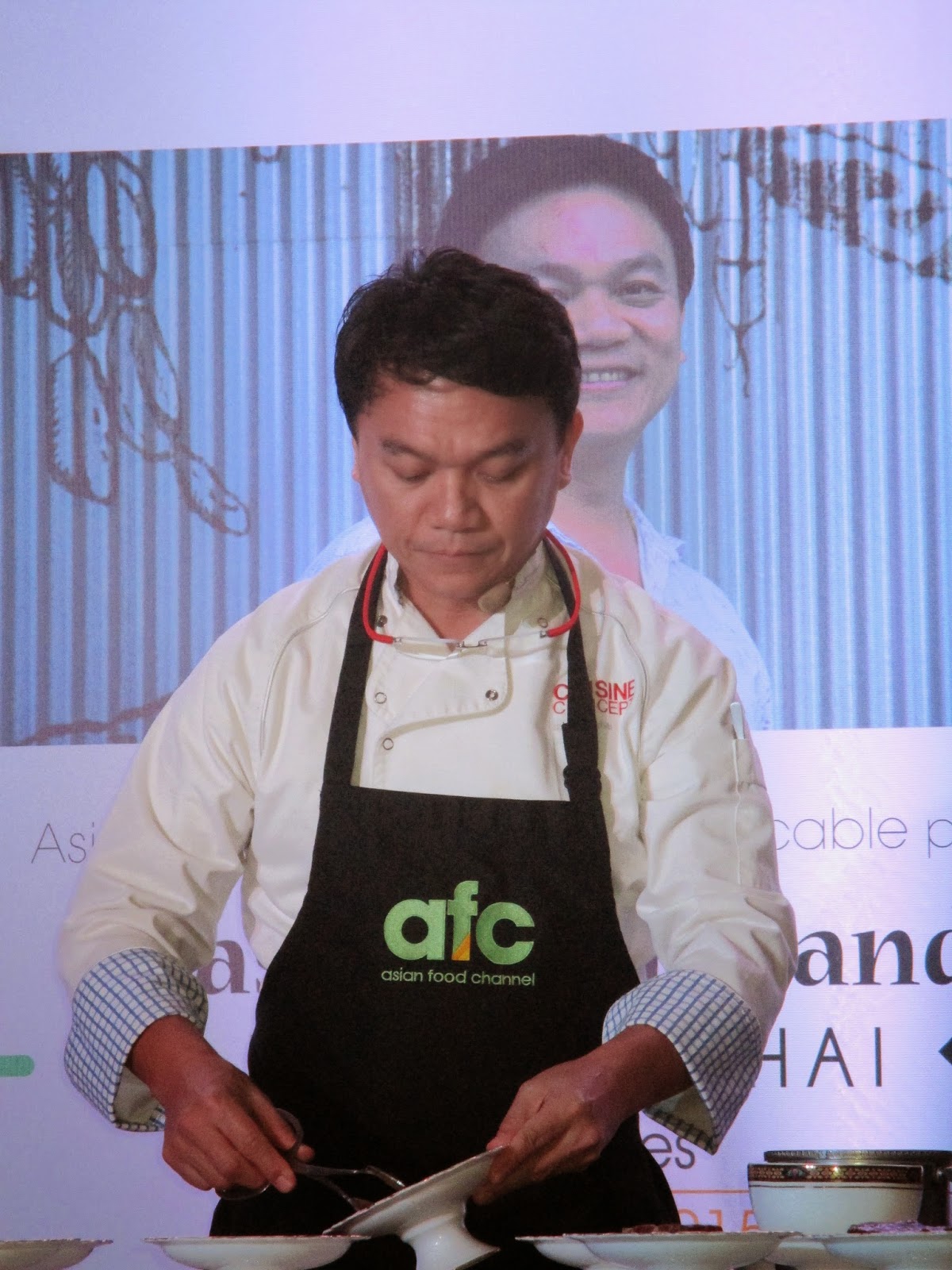 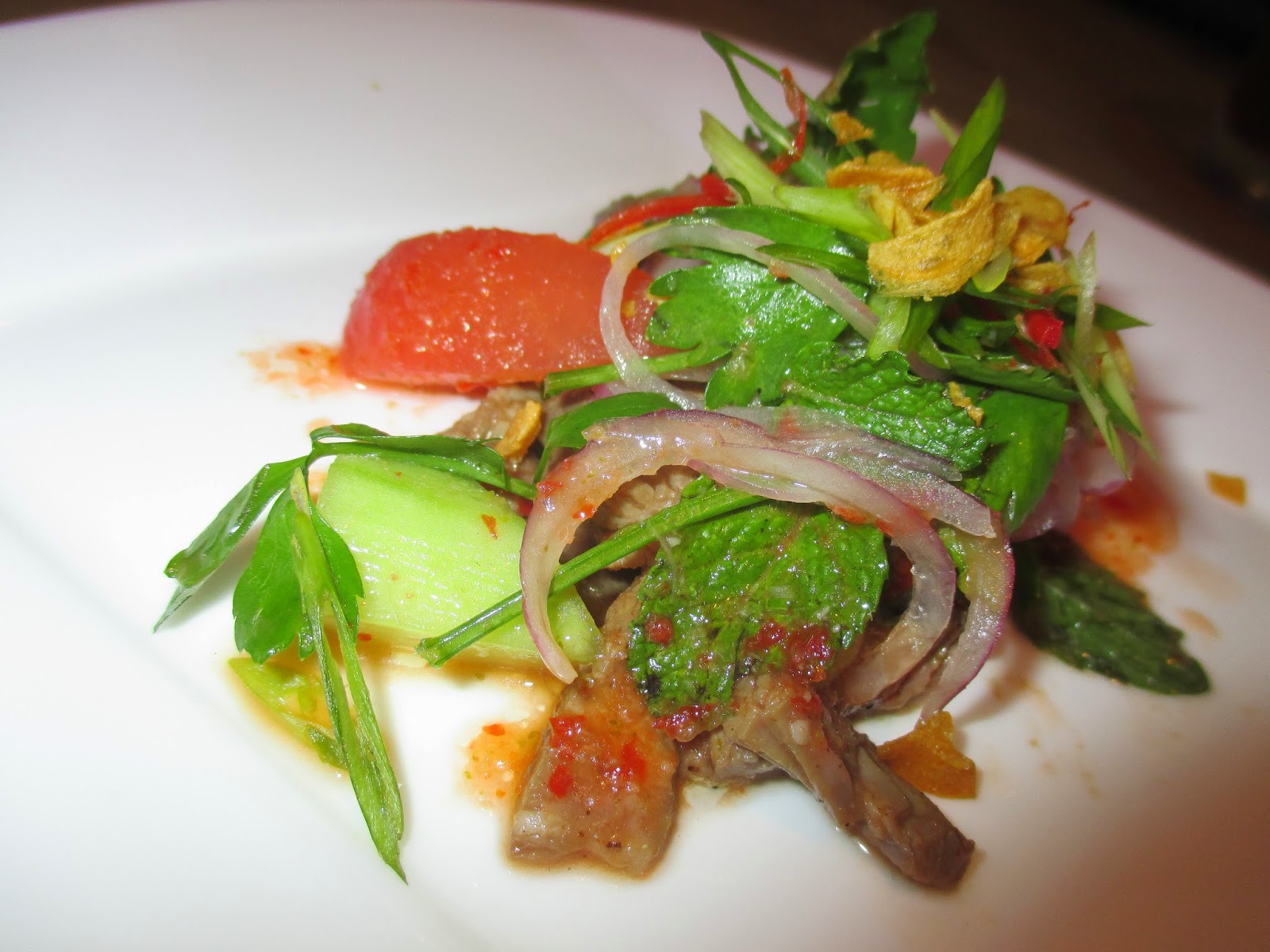 Everything that they served that day was simply delicious. I can honestly say that this was the most delicious meal I have ever had in my entire life, from appetizer to dessert. A lot of us kept saying "can we have another round please?" If it was a buffet, we'd definitely go for 3rds and 4ths. It was just so good. 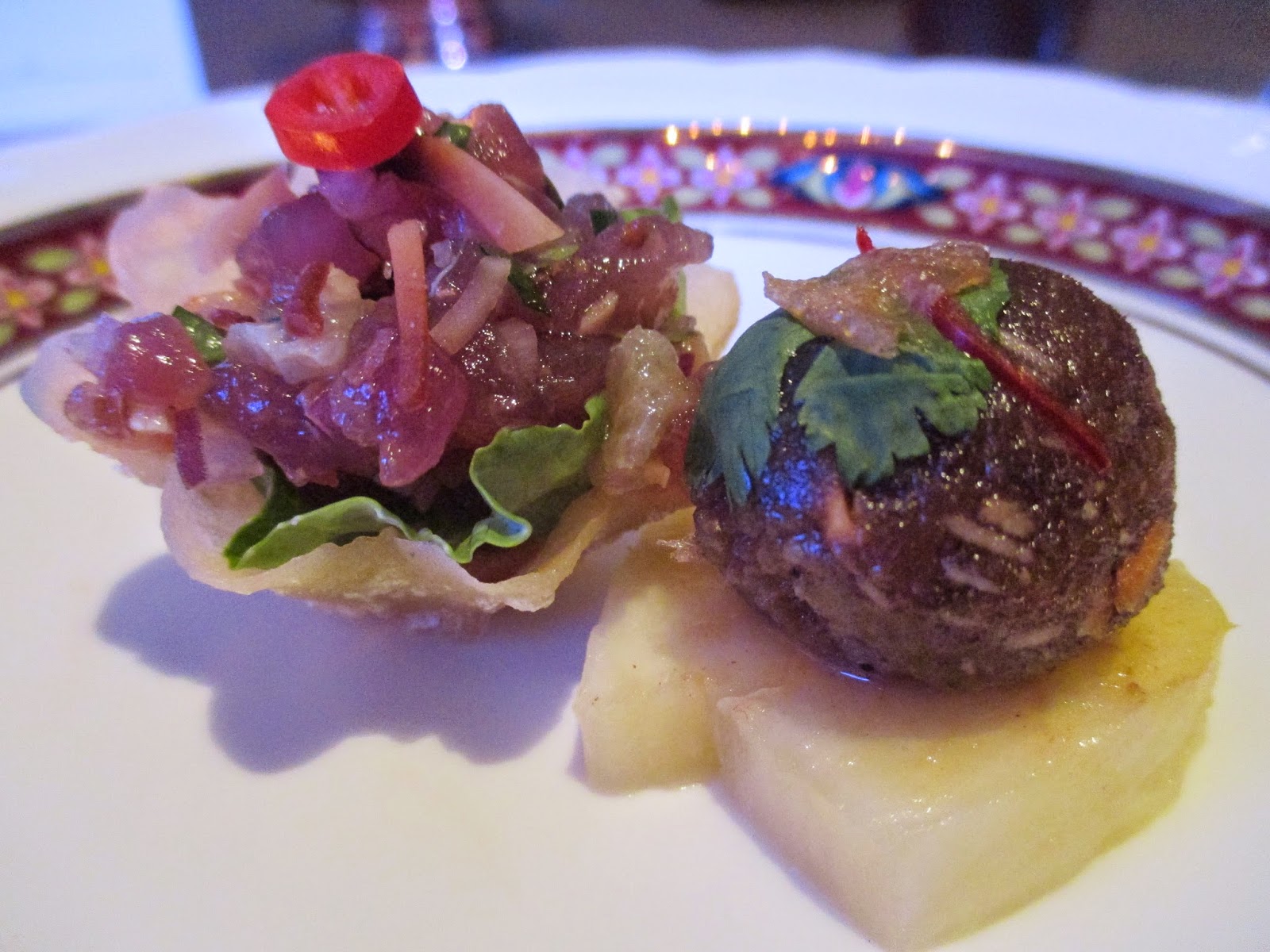 The Ma-Hor which is a caramelized minced shrimp ball with peanut and served on top of a pineapple slice was pure heaven. It went into my mouth and boom, explosion of flavors. I actually literally gasped. It was just SOOOO GOOD.

The Meint Tuna was also pretty good with its diced tuna tartare, ginger, betel leaves, and palm sugar fish sauce dressing but the winner of this round was definitely the Ma-Hor. 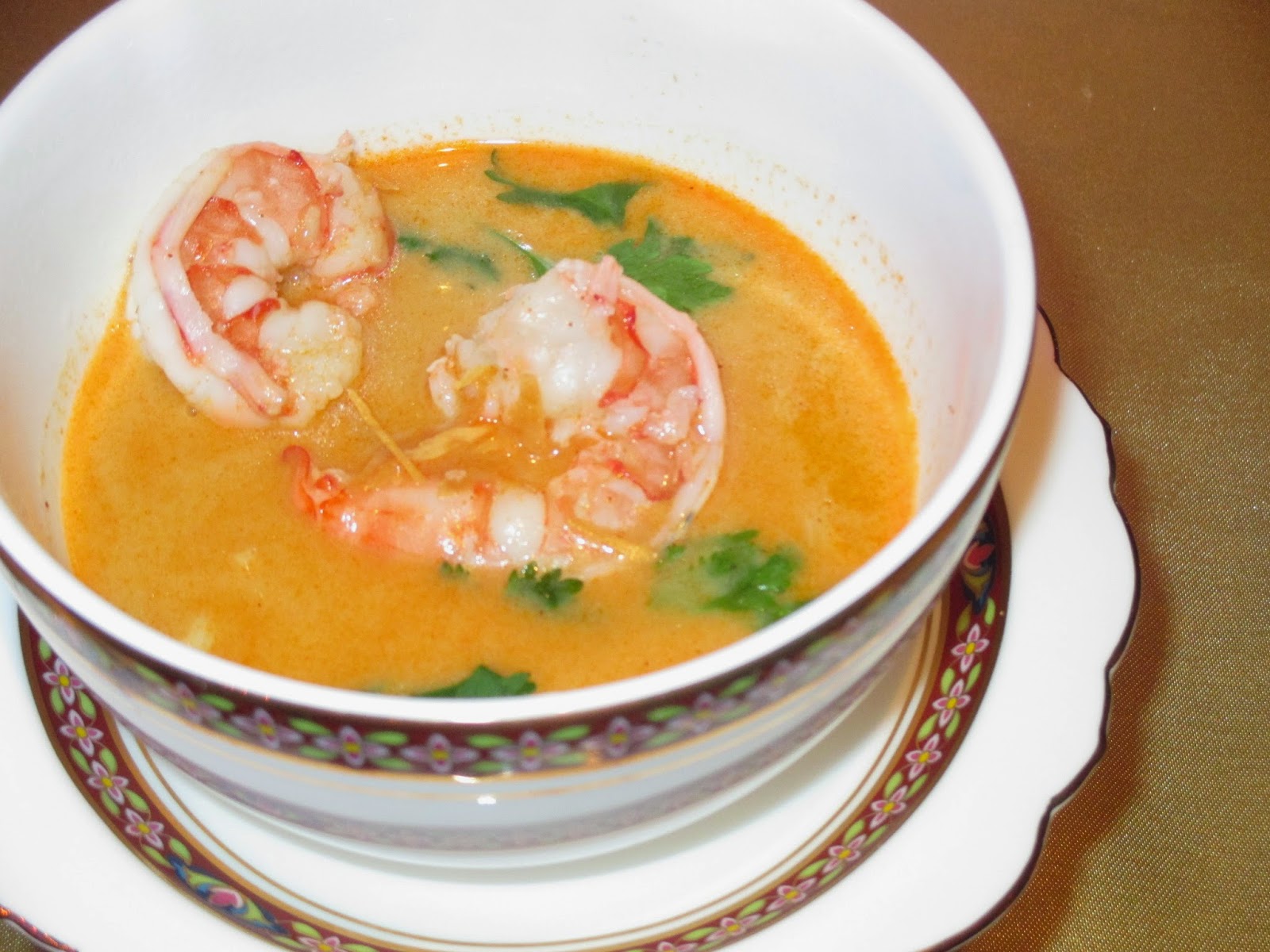 Now I was pretty hesitant with the Tdom Kha Goong because I love this dish. I fell for it when I was handling a Thai restaurant and it has become my baseline for all Thai restaurants. This one toppled over my favorite to number 2. The shrimps were super fresh. I actually felt like they were alive when they hit the pan. They were just so juicy and fresh. Did I say they were fresh?

The soup was very tasty and truth be told, I wanted to lick the bowl just to get every single drop. Hahaha. I didn't though. My poise got the better of me. 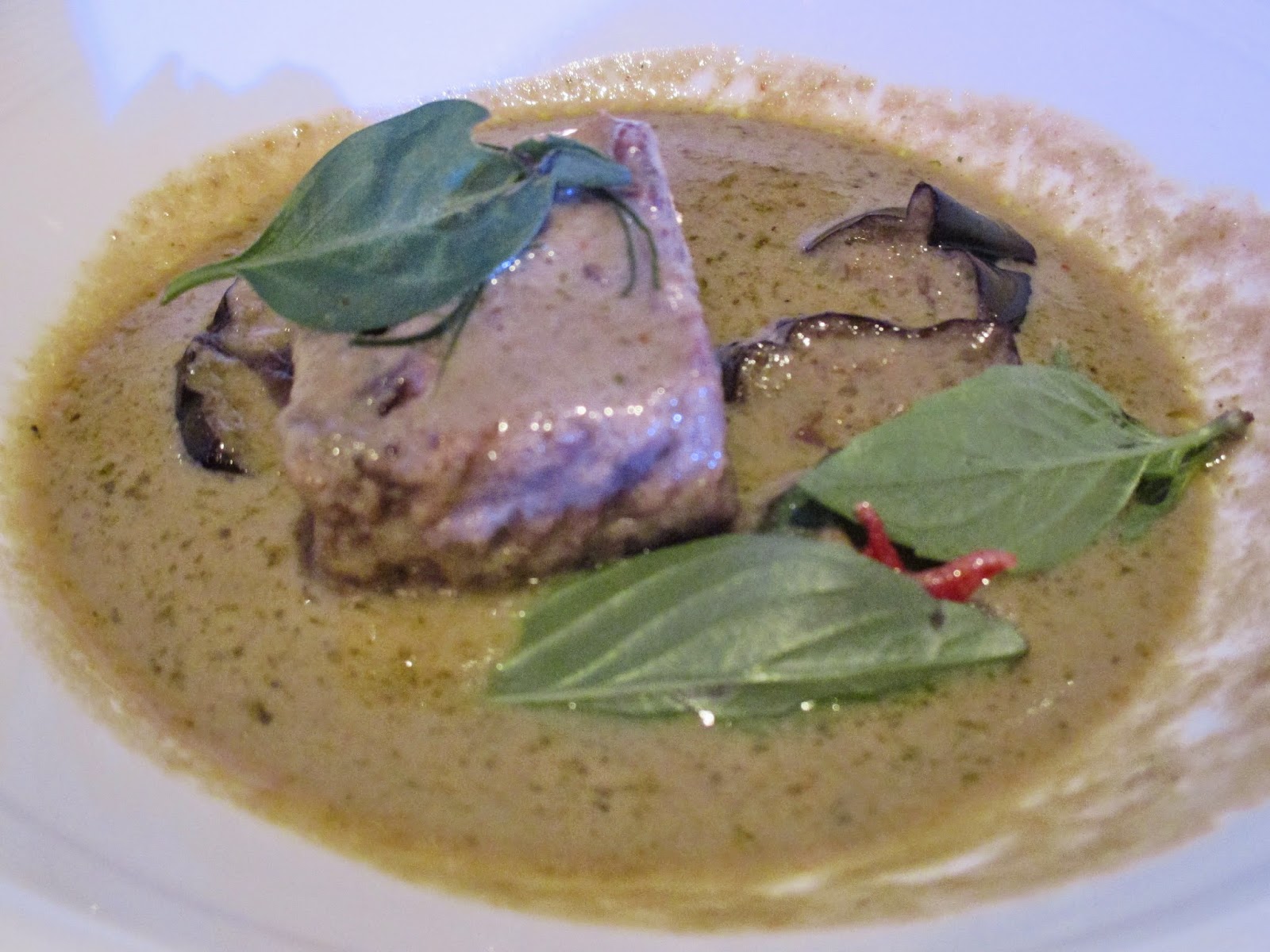 The Beef in Short Ribs with Green Curry Sauce was the spiciest amongst everything that was served but it was also one of the tastiest. I could have paired this with 10 cups of rice and still eat more. It is one of those dishes that I felt was best served with rice. The beef was very tasty and soft. You barely needed to chew it. 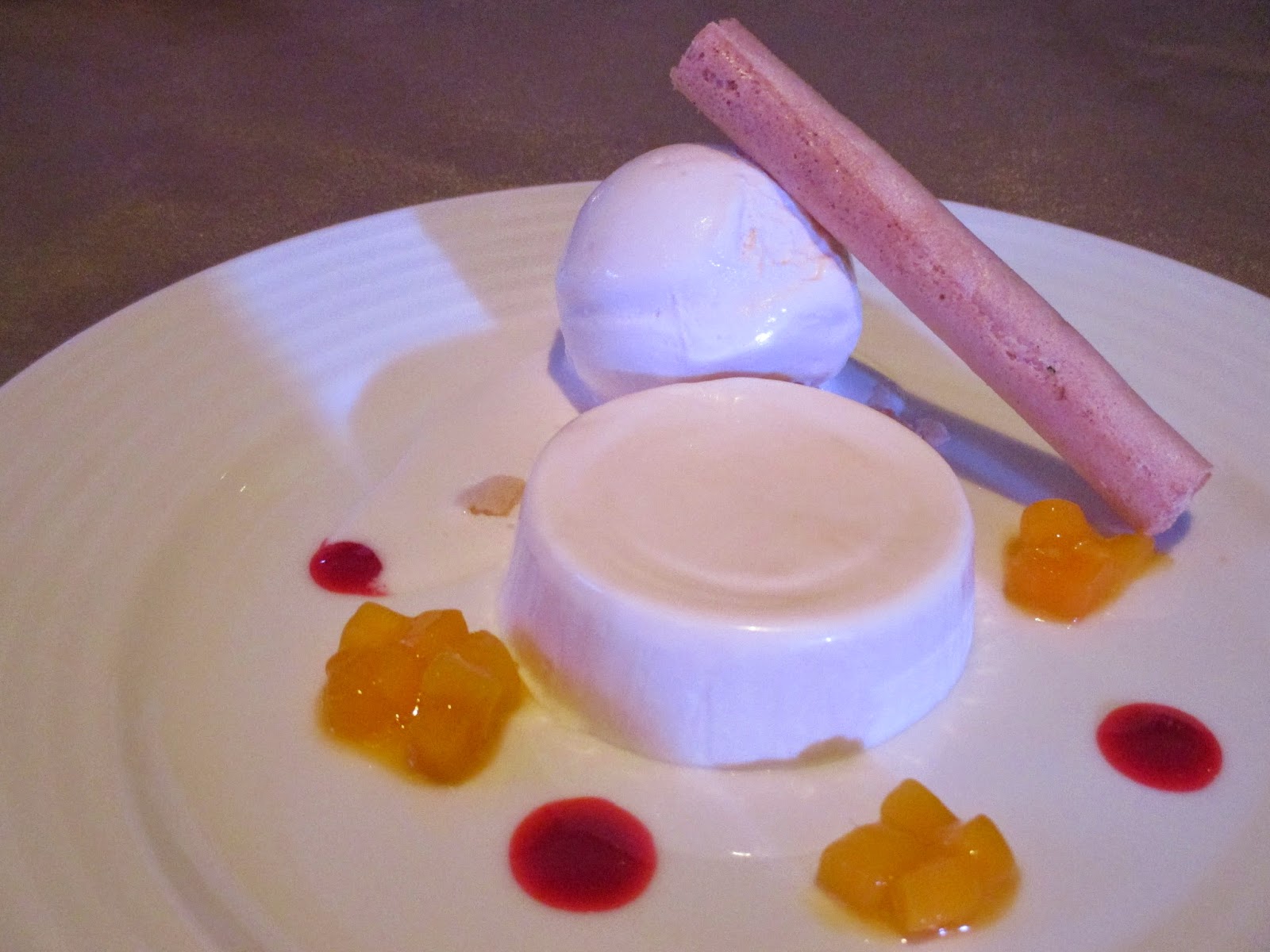 Finally, dessert came in and soon as the dish passed by my nose, I felt like I was sitting in a garden surrounded by Jasmine. This Jasmine panna cotta and ice cream actually beat the Sampaguita Ice Cream I've had. The experience was more powerful and it really transports you to places. One moment I felt like I was in a jasmine garden and the next I felt like I was back in the olden days and I saw my grandmother putting on perfume and this was the exact same smell. 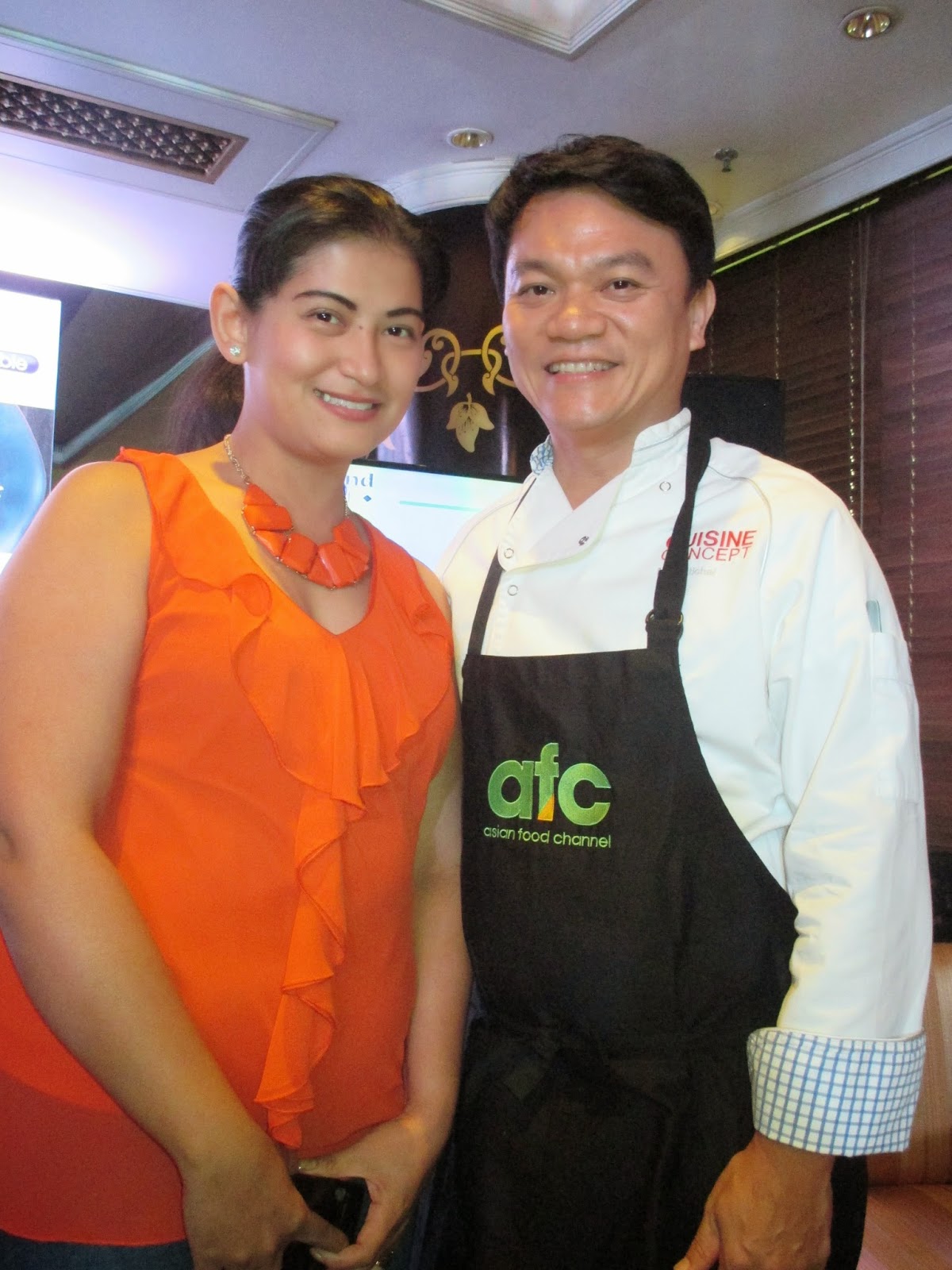 “Taste of Thailand with Ian Kittichai” is a regional culinary tour that visits the Philippines, Malaysia, Singapore and Vietnam.In the Philippines, the tour is proudly presented by the Asian Food Channel and supported by Megaworld Lifestyle Malls, Center for Culinary Arts Manila, Imarflex, Saeco, and Eastwood Mall. For more information, please visit http://www.asianfoodchannel.com/celebcheftours.