The day started with a lot of jitters on my nerves because of a talk that I was very wary of with someone special to me. Finally, after almost an hour of being late, he arrives. I am no longer pissed for he is nothing but consistent that he is late in all our meetings. I told him that if he will ever be on time, I'd do some backflips just to show how appreciated it would be. LOL.

Anyway, the talk went pretty well and I feel relieved now. Seriously. The amount of agonizing I went through was just not worth it. It was a bit too much and I am really glad that we were able to talk and I got answers to the questions in my head. I feel much better now. :)

Afterwards, we parted ways and I was ready to meet my new friend Tin and spend some girl time with her. On my way, I received a text from someone asking me out ( I think!) and I told him that I couldn't watch a movie but if he would like, he could join my friend and I and joked that he could also treat us to dinner.

He agreed. YEY ME! Hahahaha.

We ended up eating at John and Yoko and I was thanking my lucky stars because in just one week, I was able to try out 3 of the restos that I have been wanting to try in Greenbelt 5. All of them for free. Hahahaha. Such a lucky gal I am.

Anyway, here are some shots of the John and Yoko Place and the food we ordered. 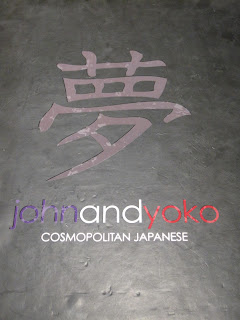 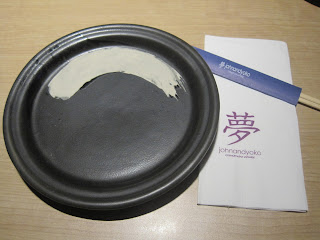 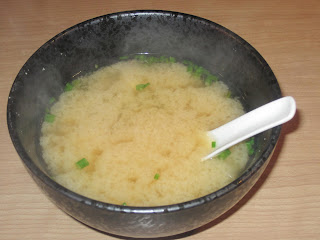 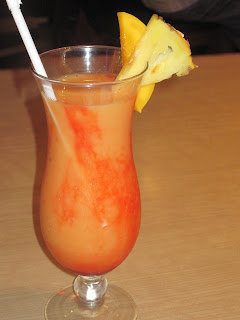 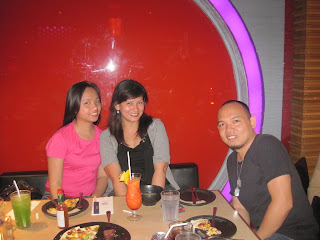 Afterwards, when we were barely able to walk, we planned to go to SB and just chill when we realized that we had to attend another event by our online community. Not wanting to be the killjoy or being tagged unsupportive, we trooped over there at Central in Makati and stayed for an hour. We honestly enjoyed their Slush Iced Tea. YUMMYNESS! See, there was no need to get drunk just so we could have fun. 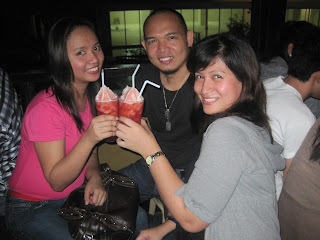 And to cap the night, we went and tried out the Drive Thru of the Starbucks at the Fort. It was a first for both of them and a second time for me. They had fun and I had so much fun as well. :)

Thanks guys! It was truly a relaxing night.
on March 06, 2011
Email ThisBlogThis!Share to TwitterShare to FacebookShare to Pinterest
Labels: Food and Drinks