I attended an event last night and one of the highlights of the night were the unlimited drinks going around. Initially, there were only alcoholic drinks. I wanted to get some Iced Tea or Coke but with so much temptation going around, I gave in and had a couple of shots. 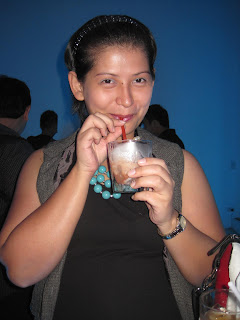 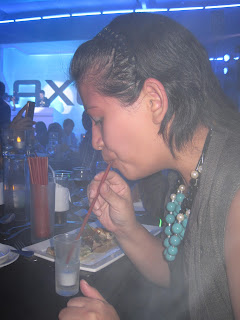 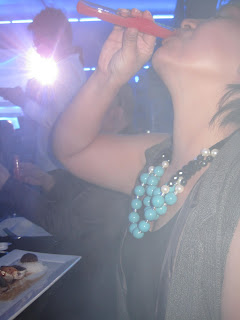 I knew that what I had was rhum, vodka, and vodka. I can handle my liquor well and have never had an embarassing moment because I drank. However, last night, it took less than 5 minutes for the drinks to have its effect and I found myself laughing like a hyena. The smallest things would set me off. I didn't know why I was affected that much when I only had 3 shots. (I could normally do more and still be sane.)

Due to this unprecedented effect, I immediately sent an SMS to FM and called him. I asked him to pick me up because even though I was 90% sure that I'd be able to go home on my own, I didn't want to take the 10% risk.

After 6 glasses of water and 2 cups of coffee, I still felt the effect and I started to worry. FM told me that what I had were the bartender's concoction. I didn't know what it was so he explained. It seems that when its a bartender's concoction, their pride would be in getting you drunk with just one shot. This is why after 3 shots, I felt like I had 12 already.

Such a mistake! It was a good thing that FM, though tired and sleepy since it was 9pm when I called him, picked me up and took me home. Yes, I got reprimanded but what matters is that I got home safely.

I'm sharing this since there may be other women who just tosses a drink here and there not knowing what was it that they were drinking. I felt safe last night and that was why I drank. Lesson learned, always ask what's in the drink and not just the major alcohol component to avoid being buzzed without warning.
on January 11, 2013
Email ThisBlogThis!Share to TwitterShare to FacebookShare to Pinterest
Labels: Sharing Knowledge