I've always been curious to know more about Corregidor. When I was younger, I thought of it as just another island that was far away. Later on, I learned that it played a significant part in our history. It made me want to visit and know more about Corregidor. Alas, life happened and this became another item on my bucket list. Things I wanted to do but don’t know when I’ll be able to do it.

Thankfully, fate intervened and an angel sent me gift certificates to Sun Cruises’ Corregidor Tour and it was good for 2 people. FM and I planned to do this last December but something came up and we had to move it 2x. Finally, we were able to push through with this trip last January 5, 2013. It was our first weekend together for the year and it was going to be in Corregidor. I could feel the gods smiling at me. 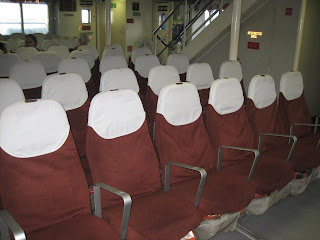 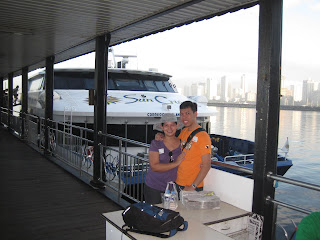 Upon arrival at the dock, I was amazed at how efficient the people in the ticketing office were. There was a note notifying people that the ferry was already fully booked and what the other available dates were. The woman who was also handling the line was very fast. It took me only 2 minutes to get our name tag and there were 6 people ahead of me when I lined up. Talk about efficiency! I love, love, love it!

On our way to Corregidor, I was able to take a nap. I was very happy about this because I get seasick. Luckily, FM was also there to hold my hand. Unluckily, he took photos of me sleeping and posted it on Facebook. Gggrrrr. 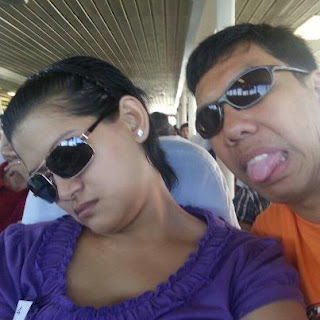 Soon as we were on the island, the tour began. We were riding Bus # 1 and I was pretty stoked because there were a lot of other bus which meant that a lot of people was taking the tour. I was happy about this because in my opinion, Corregidor is a must visit for tourists. It is filled with history and a lot of beautiful ruins.

I will let the photos do the talking now. 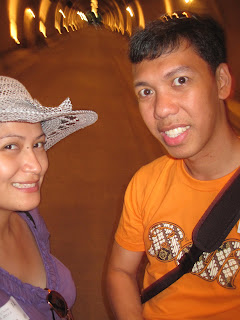 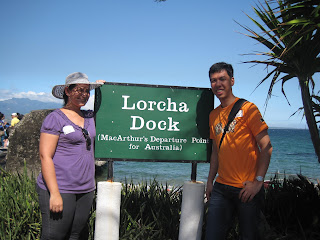 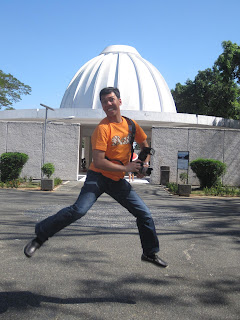 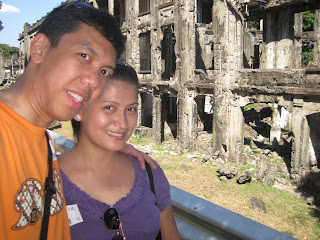 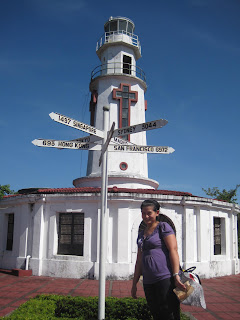 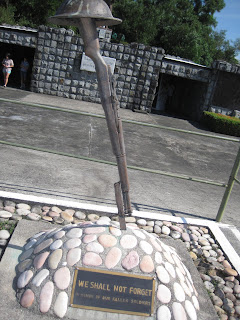 What struck me the most about Corregidor was the fact that they were able to preserve a lot of the ruins from World War II. The caves where the Japanese hid, the cliff where the Japanese dived and committed suicide because they refused to surrender, and the Malinta tunnel where Japanese soldiers who had been trapped in the tunnel began committing suicide by detonating explosives within the bowels of the tunnel complex the night of February 23, 1945. The collapsed laterals resulting from these explosions have never been excavated. It would be safe to assume that there are bodies and bones buried underneath.

They were also able to keep the batteries in good condition and a lot of the canyons that were used during the war. The tour guide, Nikki, was also very helpful and was able to control the crowd but not in an obnoxious way. She was in control but she was also lenient.

FM and I had a lot of fun roaming around Corregidor and we were able to take a lot of photos. I loved that the people in our bus were very cooperative so we had a lot of unobstructed photos of the scenery. I don’t like it when you have a photo of a place and there’s a lot of people in the background. I feel that the moment captured is ruined.

Definitely, the Corregidor Tour is one that people should avail in their lifetime. For those who want to simply visit, they have a day tour. For those who want to experience Corregidor in all its glory, they also have an overnight package. They have ghost hunting, ziplines, trip to the beach, and cave hunting. For more information on how you can avail of one, here are the packages. You can also pay online here.

Thank you Mr. Roberto Umali for this wonderful gift. I will always treasure my Corregidor Tour. Thank you Sun Cruises for being such a wonderful host. It truly was a trip worth taking. 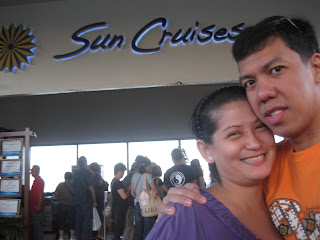 on January 08, 2013
Email ThisBlogThis!Share to TwitterShare to FacebookShare to Pinterest
Labels: Travel & Adventure