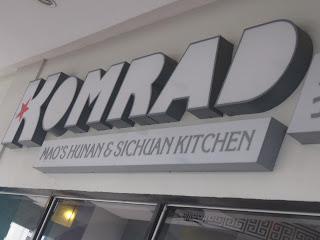 I fist saw this place in a feature on Yummy Magazine. The wall decor was so nice it automatically caught my attention. I said to myself, one day I'll give this a go.

Yesterday, I was able to finally try it. 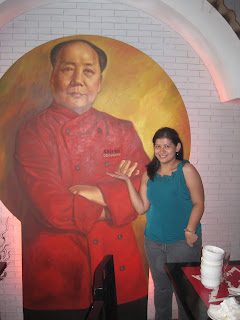 I was so excited to try out their dishes that I decided on what we'd order, save for the sweet and sour. I was really looking forward to trying out their signature dishes. We started with the Seafood Spinach Soup. 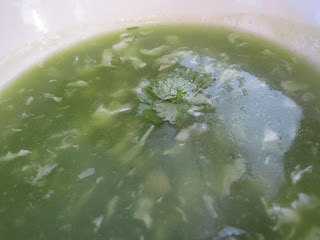 This was a disappointment for me. The soup was not thick nor creamy. It was actually watery. Yes, the flavor was still there but you can actually feel the water content. 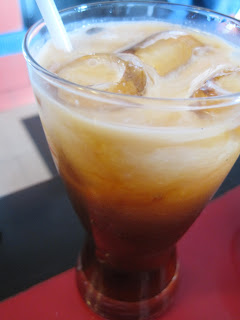 The milk tea was done the traditional way. It was hot tea then hot milk combined with ice. It reminded me of the Royal Milk Tea of Thailand. 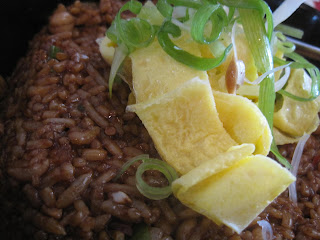 The Komrad Fried Rice was a shocker. Yes, it was. Either I was blind or there was no icon to say that this was actually spicy. Imagine my surprise when I poured rice and there were WHOLE chili included in it. It was pretty good but its not my cup of rice if you know what I mean. It was too sticky, the taste overpowering, and it had WHOLE chili. Ugh. 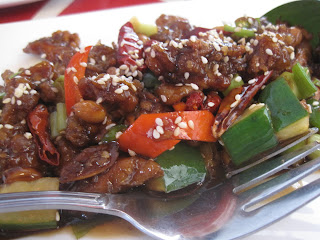 The kung pao chicken was okay. It wasn't impressive but it wasn't bad either. 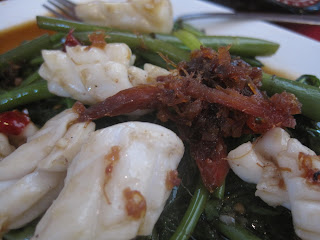 The kangkong with squid was the only thing that saved the day. It was fresh and the squid wasn't overcooked. I was actually able to finish half of it. 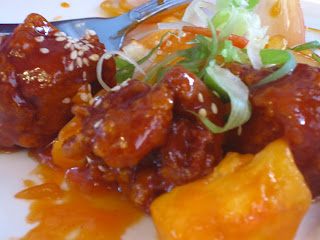 The sweet and sour pork balls which took more than 20 minutes to arrive was also decent. Again though, nothing to remember or rejoice about.

Overall, this was one major disappointment. The food was nothing out of the ordinary and the service was equally bad. I actually told the manager that it was truly disappointing. 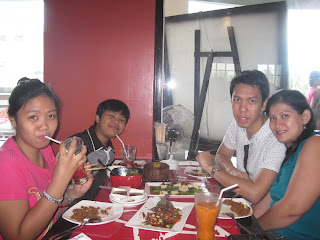 on September 10, 2012
Email ThisBlogThis!Share to TwitterShare to FacebookShare to Pinterest
Labels: Food and Drinks