I've had lunch at this place before and I wasn't satisfied with it. Yesterday, I gave it another chance in the hopes that I would change my mind. We trooped to Wee Nam Kee and had to wait for a table. It was full and it always amazed me why there were a lot of people eating there.

Finally, we got to sit and we started to order. They first served us our seafood spinach soup but they forgot our soup spoons. When I asked the waiter where it was, he gave me a bunch but 2 out of 6 were dirty. It had bits of dried things on it. It then took more than 10 minutes for us to get our soup spoons and by then most of my companions had already eaten their soup because it was getting cold.

It was such a downer because the soup was actually pretty good. It was the service that wasn't. 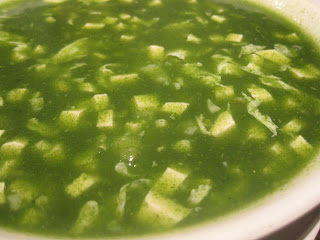 Next came the drinks and I had Sambal Juice. Now this juice was just really refreshing and energizing. It was also healthy and I could honestly feel it cleansing my system. It was so good. I even loved the beans at the bottom of the drink. 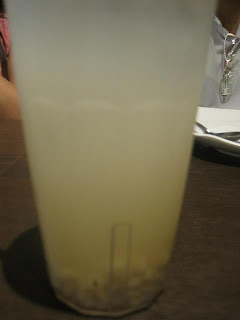 I also ordered the Hainanese Chicken because that is what Wee Nam Kee is known for. It was cold and I remembered that this is why I mainly do not like Hainanese Chicken. I don't like cold food except if its ice cream or halo halo or something of the same family. However, I would like to give credit to them because their chicken tastes much better now. I really hated it when it just opened. 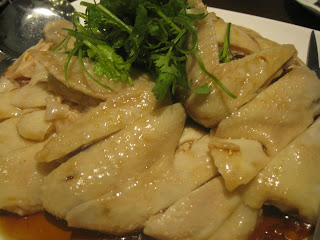 I also got the beef with broccoli which was pretty okay and the sweet and sour pork which was a bit too tangy for me. The spinach was a different thing. I actually ended up eating half of this. 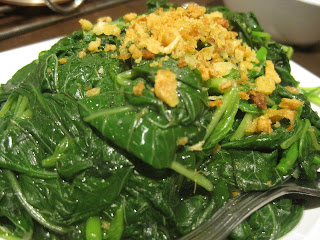 Overall, I'd say Wee Nam Kee has really great food now but the service remains the same. It was lacking at best and for the price and the ambience of the place, I'd definitely suggest that they do an overhaul of their Ayala Triangle branch because no matter how good the food is, bad service is simply discouraging.
on September 05, 2012
Email ThisBlogThis!Share to TwitterShare to FacebookShare to Pinterest
Labels: Food and Drinks