I first heard about this musical early this year. I had no idea who Katy was or what the play was about so I didn't really pay much attention to it. It was only when I heard stellar reviews that I became curious. However, I was a bit too late as all tickets were sold out.

I felt sad missing out on this.

Much to my delight and surprise, a second staging of Katy will be done this July 25 - August 4 at the Meralco Theater which easily sits over 1000 people and therefore allowing more to catch and watch this show.

I was one of the few invited to attend the press conference for Katy last May 22 at the Mabuhay   Restop Travel Cafe and Museum in Rizal Park, Manila. The cast and the crew allowed us to have a sneak at what is in store for those who will be watching and can I just say that I was moved to tears with one of the songs they performed. 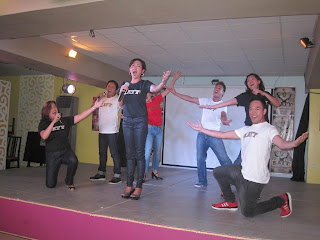 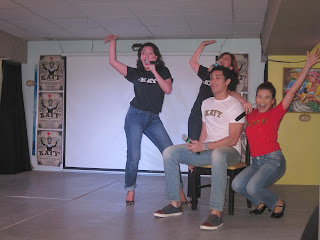 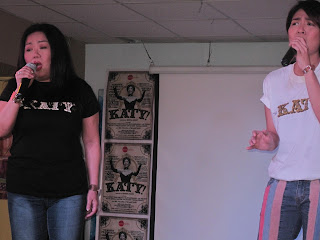 The first staging was well received and tickets ran out, leaving a lot of theater goers asking for a restaging. Finally, the show's producers "Spotlight Artist Centre" is ready to deliver what the audience wants. Based on the limited run and the theatergoer's reaction to it, the cast feels that Katy is something that they need to share with the Filipino community.

Led by Isay Alvarez-Sena in the title role, the cast includes well respected actors such as Tirso Cruz III, Epy Quizon, Dulce, Lou Veloso, Gian Magdangal, and Aicelle Santos. Music from the big band era will be used in showcasing the casts' singing and tap dancing flair, dazzling their audience with brisk and swinging renditions of jazz, Broadway, vaudeville, and cabaret type theatrics.

Interested show buyers may avail of premium discounts for special booking packages with guaranteed return on investment. Katy is directed by Nestor Torre, with original music composed by Ryan Cayabyab and interpreted live by the AMP Nonet Band under the baton of musical director Mel Villena. The libretto is by Jose Javier Reyes.

Katy is a licensed property of Actors Studio East Production Inc. For more details, log on to www.spotlightartistscentre.com or call 899-8089 for more details.
on May 24, 2013
Email ThisBlogThis!Share to TwitterShare to FacebookShare to Pinterest
Labels: Everything Arts