Asian Red Carpet Premiere of Fast and the Furious 6

When I first encountered The Fast and the Furious, I thought it was a ridiculous title. Little did I know that years later, I would have all 5 movies on DVD and that I would be such a fan. May 15, 2013 was a remarkable day because the Asian Red Carpet Premiere of Fast and the Furious 6 happened here in SM Mall of Asia.

I had no ticket, I had no event pass. All I had was charm and guts so I gathered all that I could and asked a blogger if he had extras. He told me he wasn't sure but he'll let me know. I hounded him that day. Eventually, at 30 minutes past 3, he said "come over! I have an extra!"

I dropped everything and went rolling towards SM Mall of Asia. The event invite said it would start at 3pm and I got there at 430pm. I thought I was later. Boy, was I wrong. The event started almost 8ish and by then, almost everyone was restless and tired from standing for hours. However, the cast did make it all worth the while because they went around the audience and held their hands, kissed, took photos, and simply made the Filipinos feel loved.

Here are some select photos from the event. 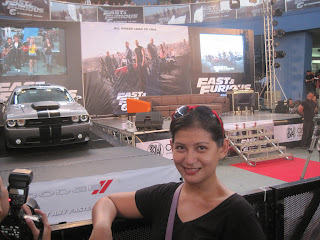 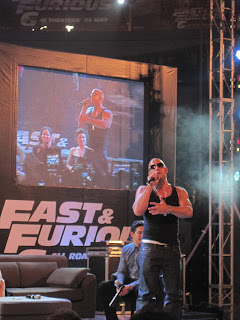 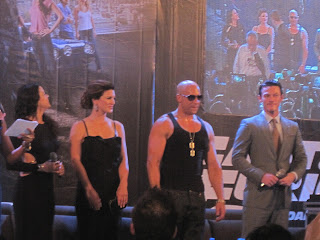 It was tiring but fun. It was truly worth the wait and the hassle. I loved Vin Diesel and Michelle Rodriguez. It really was a sight to see. Hopefully, Fast and Furious 7 will indeed be shot in Manila. I'd definitely audition to be an extra haha.

on May 17, 2013
Email ThisBlogThis!Share to TwitterShare to FacebookShare to Pinterest
Labels: Lifestyle and Events