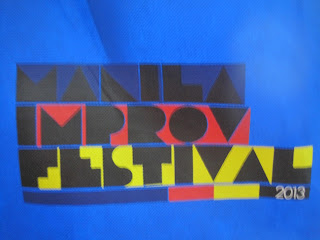 11:30 am today marked the press conference for the 2nd Manila Improv Festival. For those who do not know what an improv is, it is defined by Merriam Webster as:

of, relating to, or being improvisation and especially an improvised comedy routine.


In celebration of their 11th year, SPIT (Silly People's Improv Theater) will be hosting the Manila Improv Festival from June 25 - 30, 2013. What makes it more awesome is that they are partnering with PETA Theater Center to make all of this happen.

Gabe Mercado, along with SPIT, was there to show us how an Improv is actually done. They told us that anyone can actually do an Improv and this is even used in the corporate world, especially in offices like Google and Apple. 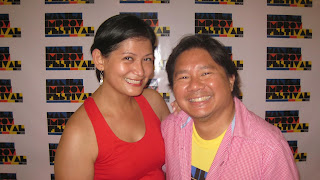 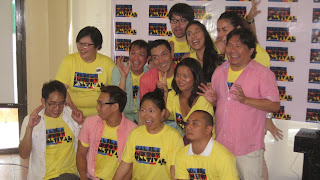 Shows will be one a day on June 26, 27, 28 and 30 at 8pm. On June 29, there will be 2 show. Entrance fee is only Php400 and will feature 3 improv groups for each set. All performances will be done at PETA Theater Center - at their "Black Box" performance space known as the PETA-PHINMA Theater.

Workshops are also available during the festival so if you're interested in learning improv or improving your improvisations, now is the best time to sign up.

For more details and updates, you may check SPIT via:

For tickets and workshop inquiries:

Tickets are also available via Ticketworld or the PETA Theater Center.

Here are some scenes from today's presscon. Thank you also to Aristocrat for sponsoring. Your boneless chicken barbecue always delivers GREAT TASTE. 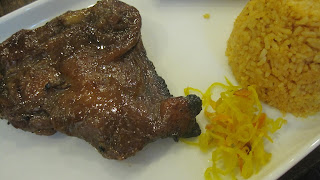 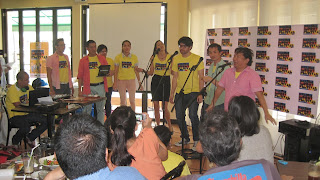 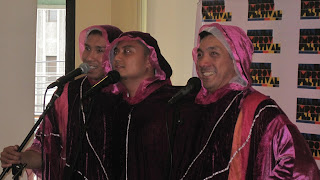 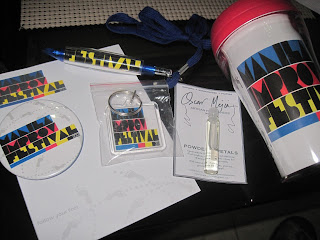 on May 07, 2013
Email ThisBlogThis!Share to TwitterShare to FacebookShare to Pinterest
Labels: Lifestyle and Events