unlearning the things I learned ...

on December 11, 2012
When I first got into a relationship, I learned a few things from the guy that I was with. Truth be told, the type of relationship that he wanted was exactly what I had always thought relationships were supposed to be and so I modeled my relationships the way we had it. Even after we broke up, the guys that I was attracted to and maintained a 2 year relationship were exactly like the one that I initially had.

Two other relationships that had this that ended and two more that were wrong in every way later, I finally found a guy that I could say was decent and loved me. Yes, I can still say that he loves me. Unfortunately, there's a glitch.

There's always one isn't it?

He forgets. He forgets a lot of things. He forgets dates he himself set up, he forgets promises so he ends up breaking them, and he forgets things. Sometimes its tolerable and sometimes, just like today, that its not. Sometimes, it just hurts especially when its something pretty important. 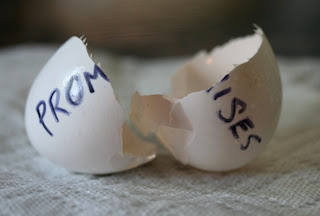 The other glitch? He doesn't apologize. He does ... but it takes a while. Between the moment that he hurt me and the time he apologizes, I've already felt so hurt and so much pain that sometimes, the apology just feels late.

Today, I confronted him about it and reminded him that "forgetting" things is really not a good excuse. I reminded him that there's two of us now and that in things I do, I take him into consideration. He replied, "I can't be you."

4 words but it felt like 4 tons of stone just landed on me. It's not even an exaggeration. It simply hurts. A LOT.