on December 03, 2012
FM has mentioned this place to me a couple of months ago. He said that this place offers exotic food and that there was also an art gallery so it would be definitely something that I would like. Months passed and finally, after almost 8 months, we were able to go and have a lookie. 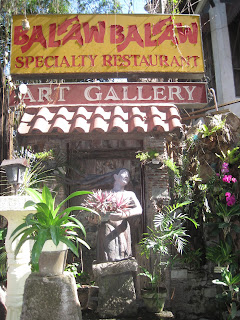 Balaw balaw is a delectable appetizer or sauce the tagalogs serve together with Sinigang. Since it is the main item being sold inside the restaurant, it was aptly named Balaw Balaw.

Upon seeing the entrance,  I instantly fell in love with it. It was indeed an art gallery with a restaurant in the middle. 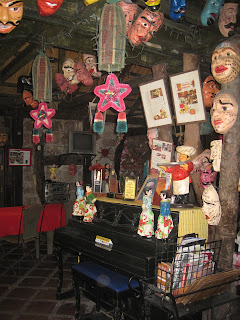 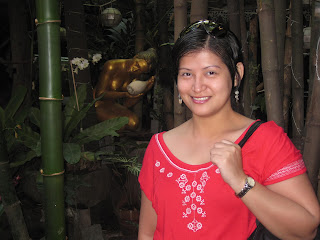 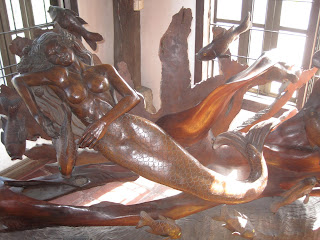 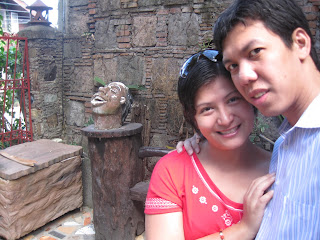 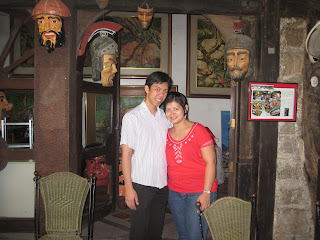 After going around and taking photos, our food was finally served. For drinks, I ordered Gayuma which was an aphrodisiac drink made of coconut meat with pandan juice and grenadine syrup. For only Php65, it was quite a steal. 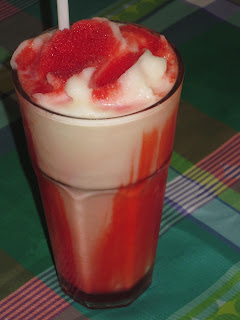 It was sweet and it tasted really good. FM ordered the Guinumis which was priced the same. It is made of gelaton sago with pinipig and coconut milk. 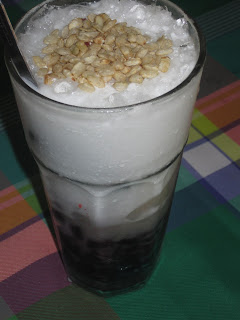 I had a taste of this and I didn't really like it. It was kinda bland in my opinion. It needed a lot more sugar.

We also ordered the Baked Tahong with garlic and cheese which was at Php170. This was a big disappointment for me because it was really small and the cheese were small cubes placed on the side. 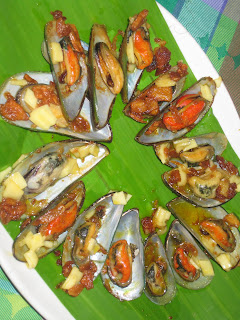 As for the Usang Tapa (Php300) which is a cured dried venison, it was a bit hard to chew but it was also pretty tasty. Partnered with the Binagoongang Rice (Php230,) it was a perfect combination. 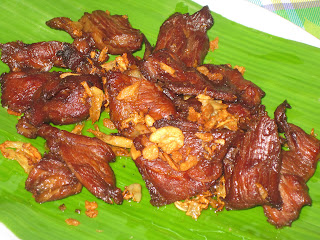 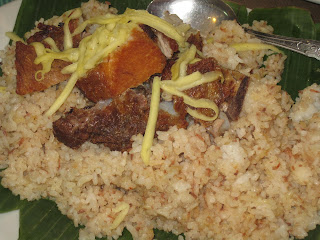 It was a really great meal. FM and I talked and laughed and it just felt so right. I'm so thankful to have FM in my life. He just knows what I like and when he can, he delivers. I'm such a lucky gal. :) 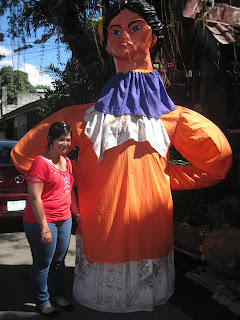