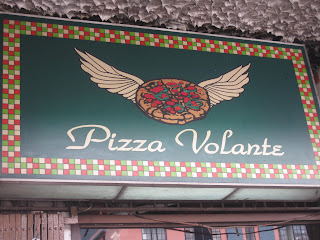 When FM and I went up to Baguio, one of the places I was very excited to visit again was Pizza Volante. However, on the way up, I felt nauseated and not so well. We did end up at Pizza Volante but I wasn't able to really enjoy the place. Still, I was able to make FM try their pizza and he said it was pretty okay. 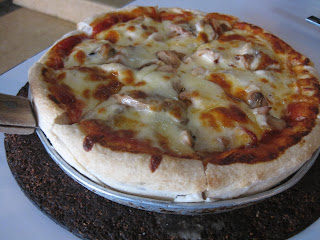 There was an overload of cheese and meat and it was gooey in a good kind of way. We also tried the pesto pasta, pumpkin soup, and boneless chicken.

The pesto pasta wasn't good. It was bland and it didn't really taste as if there was pesto. 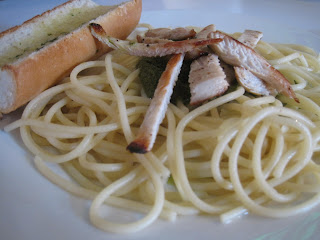 The pumpkin soup was too liquidy. It wasn't creamy nor was it good. It was just soup that had a bit of taste of pumpkin on it. 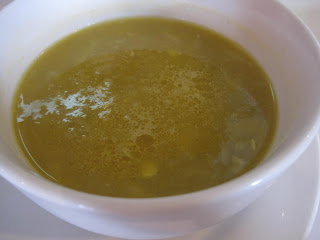 The chicken was pretty good but I was only able to eat 1/4 of it. The rest I gave to a homeless guy. 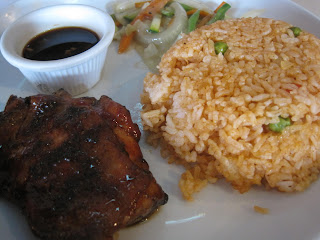 Eventhough I wasn't really able to enjoy the lunch we had, I'm glad that FM and I were able to drop by Pizza Volante. 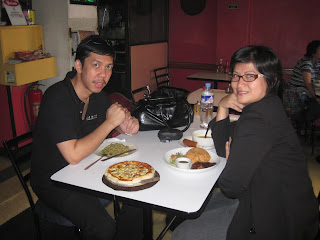